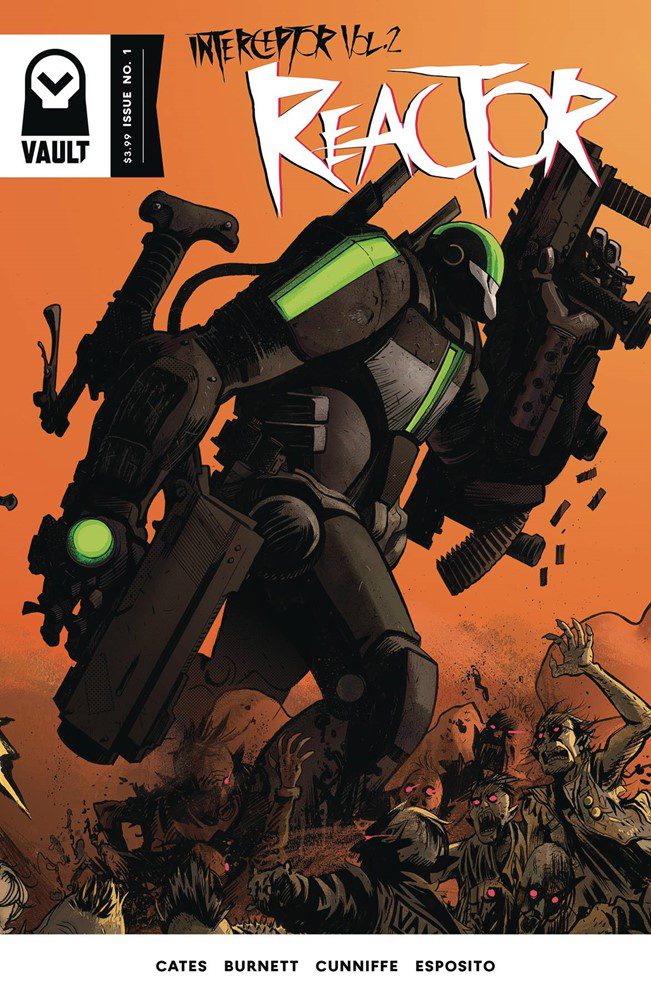 Reactor is a 4 issue miniseries from Vault Comics. Once again Donny Cates proves he is a powerhouse writer. If you don’t know his previous work, you may want to come out of the deep dark depths of that cave you call home. His list of accolades are Baby Teeth (Aftershock Comics), Atomahawk, God Country, Redneck (Image Comics) Doctor Strange Sorcerer Supreme and Thanos (Marvel Comics) as well as many other publications.

Reactor is about Humanity taking back Earth from vampires. It was so bad that humans had to leave the planet and they nuked the hell out of it. Well, that didn’t bode well.  It seems under the shroud of darkness the vampires evolved. They took to the stars to find the humans. The humans have fled to a place called Palus and have a 10-year-old immortal President named Dom O’Connor. Under the President, he enacted the Interceptor Protocol. It seems the protocol is a group of bad ass group of humans that are sent to kill the vampires.

The team’s leader is Poli Lehan who has a mech suit to fight off the vampires. His second in command is Randolph and his daughters Wreak and Woe. The 5th team member is Weed. Weed is in the mech suit when Poli was introducing the team.

The 5 man team is back on Earth, the Carpathian Mountains to be exact. They came to stop the invasion of Palus before it could start. It seems they were lied too. Earth isn’t riddled with Vampires and their Vampire King Luc. Humans are still on the planet and are fending off the vampire invasions. So with this ragtag bunch of humans, who seem to be doing well for themselves they go on the offensive and hunt the Vampires. 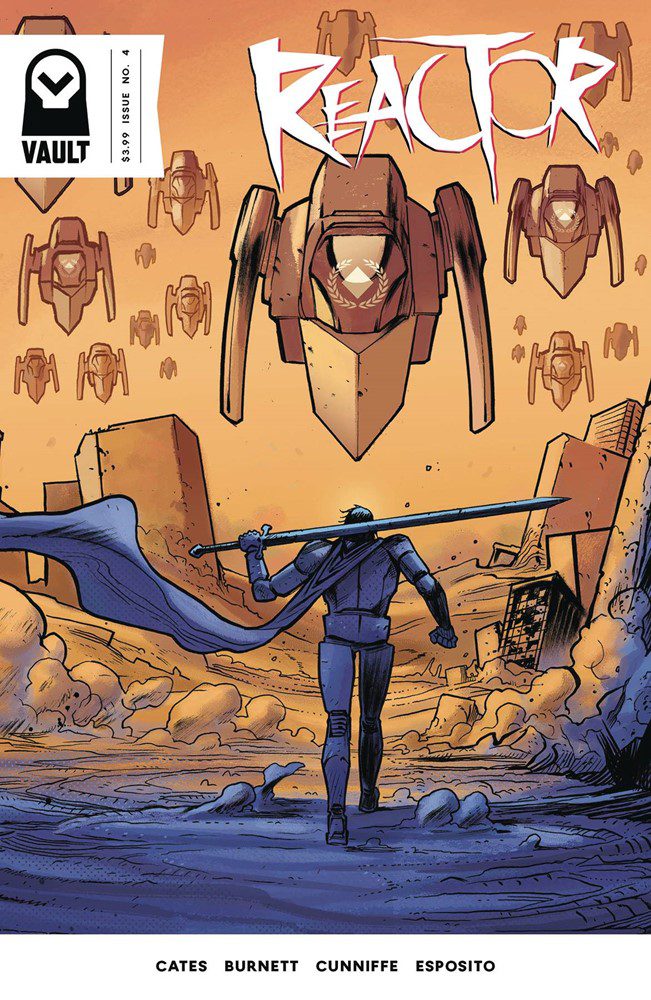 Weed takes off in Polis mech suit to “Go have some fun killing the shit out of a buncha vampires” Poli uses the same quote to rally the humans. They head to Inima Imparatului AKA The Kings Heart. It’s the royal blood farm of the Vampires King Luc. We see a few vampires sitting down discussing what I assume is Star Wars. Then out of the blue… BOOM! Weed destroys the watchtower they were sitting in. All out destruction ensues. Weed tells the vampires to “SUCK…MY! GIANT! ROBOT! DICK!” and lets loose a rocket from a giant rocket launcher.

The Humans led by Poli arrive and help Weed out in the fight. The Vampires now go on the offensive and overrun Weed and the mech suit. One brave vampire has a bandoleer of grenades and shouts out “For the glory of King Luc!” and stands on the mech suit and goes out like a Japanese Kamikaze pilot. Randolph is worried about the week but Poli tells him to stay focused. Weed emerges from the darkness pissed off because they destroyed the mech. Side note - I will say that Dylan Burnett nailed this panel. It’s by far my favorite in this issue. Weed comes heeds Polis words and comes to help.

We see that the air support that was coming to help earlier on in the issue is on the way but a beam from the sky took out the ship. It didn’t come from the vampires, where did it come from? Poli says it came from cloaked ships. The ships decloak and it bears the emblem of Palus. Polis says they are saved and the Earth side of the story comes to an end. Next few pages take place on a golf course where we see the President and his advisor talking about the events that transpired on Earth. This is where you see the immortal Presidents dark side. He just keeps talking about Golf and the advisor wants to talk about what happened. President Dom goes on about if the people of Plaus finds out if we left Humans on earth and didn’t save them, people would lose faith in him. In fact, President Dom wants that planet destroyed.