Red Hood and the Outlaws #9 Review 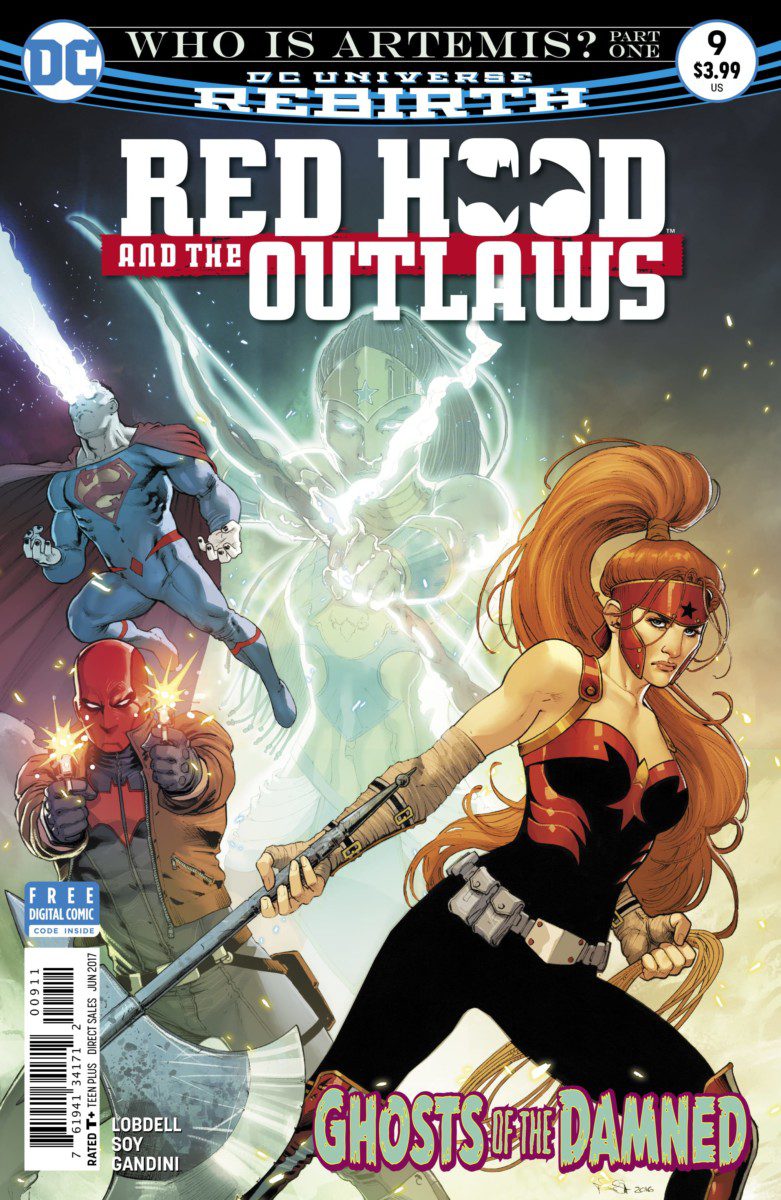 The unlikely “dark trinity” team of Red Hood, Artemis, and Bizzaro sets out on their first adventure in issue #9. After spending the first eight issues introducing the three principle characters, this issue sets these B-list misfit heroes on the trail for the Bow of Ra. The team heads to the country of Qurac to confront a General who appears to be using the Bow of Ra against dissidents. Qurac is the country where Jason Todd was beaten by the Joker and left to die. It also happens to be the location of the ancient city of Bana-Mighdall which was the setting of the flashback in issue #8. The location creates a narrative opportunity for Jason Todd, and Artemis to both to confront their past.

Writer Scott Lobdell’s story isolates each of the heroes, but provides them a solid foundation to grow their characters over this new story arc. Jason Todd’s demons from the past may be in his head, but Lobdell presents enough circumstances for the reader to wonder if there is something larger conspiring against him. Artemis believed her past was dead and buried, but Lobdell’s cliffhanger reveals her past is at the center of the 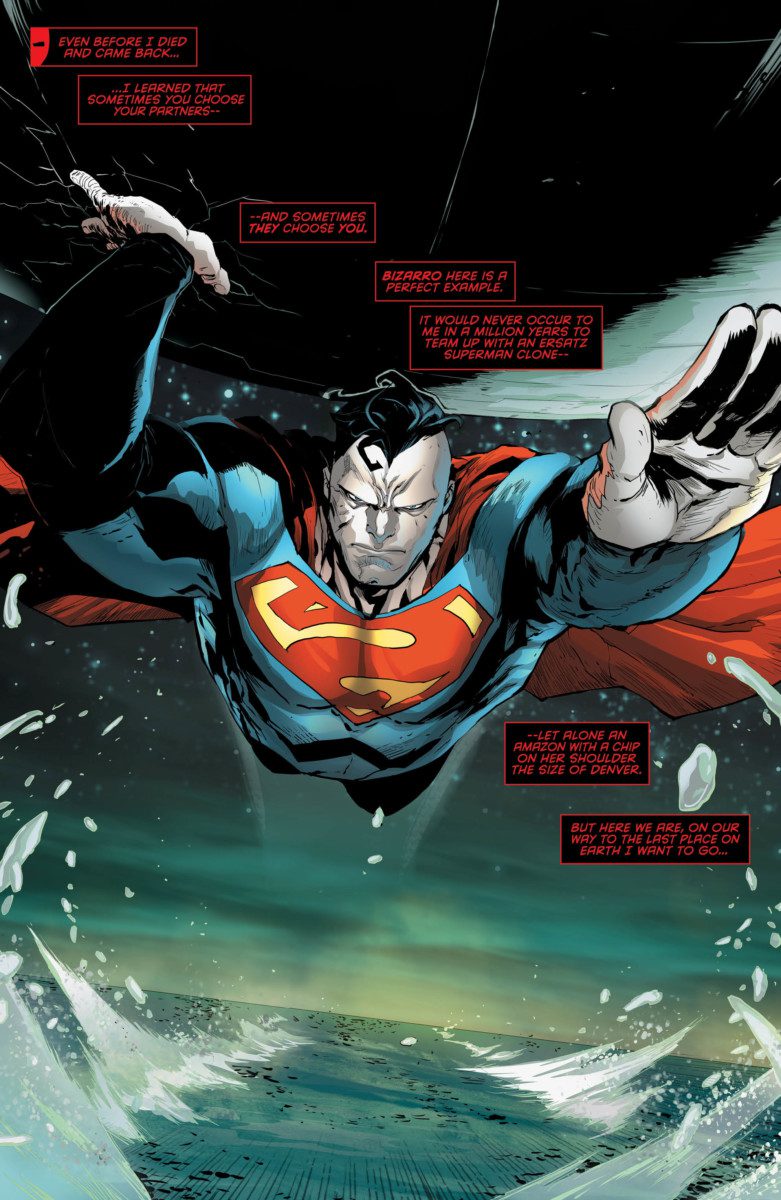 destruction caused by the Bow of Ra. Lobdell deliberately scripts Bizzaro with the mindset of a developing child. Bizzaro knows that he is not Superman, but he is also not a villain. This new story arc has Bizzaro separated in placed squarely in a village in need of humanitarian relief. Lobdell has structured an opportunity to explore compassion or judgement through the eyes of Bizzaro. While no real development occurs, this issue sets up a story that should could lead to a rewarding character arc for Bizzaro.

Have you seen this:
Batman Death in the Family - Trailer Breakdown (Video)

Dexter Soy continues to grow more confident with these characters. Soy’s use of close ups and hard lines in the faces of the main cast creates a weathered and jaded look for Red Hood and Artemis. Yet Soy has softened Bizzaro’s features as Lobdell begins to explore the character’s humanity. Soy’s work benefits greatly from Veronica Gandini’s excellent colors. Gandini uses light and shadows to bring life to Soy’s pencils while not creating characters that appear polished. Gandini and Soy’s art matches Lobdell’s dark and weathered characters, who despite the demons of their past, have not allowed it their spirit to be broken.

Dark and jaded, yet full of hope, Red Hood and the Outlaws #9 is confident in tone and artwork. Lobdell, Soy, and Gandini continue to make an excellent pairing for this band of misfits. This is a strong start to a new story arc and Lobdell creates opportunities for character development for each of this “dark trinity.” Readers looking for complex and interesting characters and action will find some A-list quality in these B-list heroes.