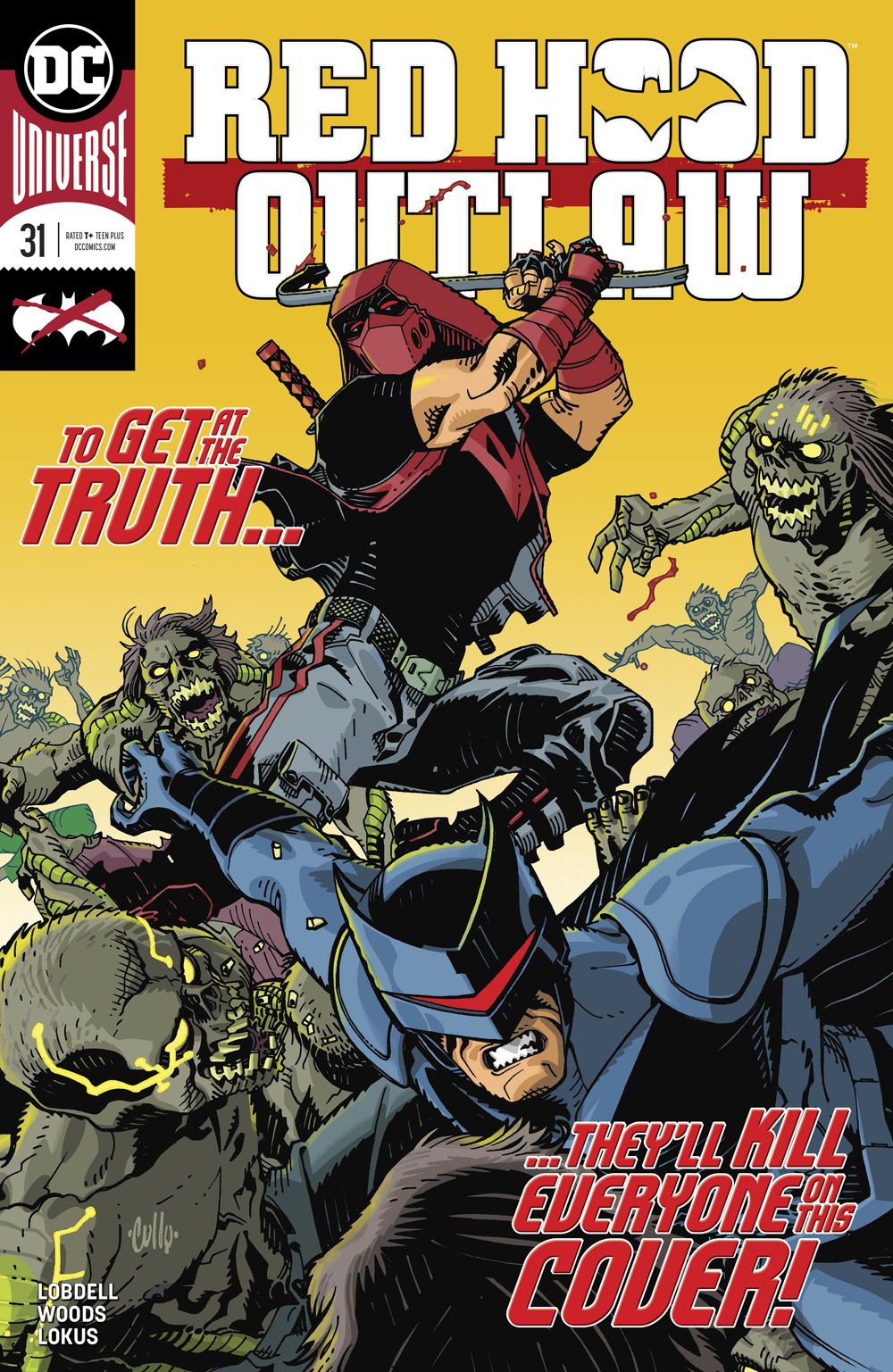 Among the many things that jump out one is the idea of Red Hood finding new teammates. Are Wingman and Bunker going to be his new Outlaws? The idea of Jason Todd having a team again isn’t a problem. He does well in that atmosphere. Though he certainly doesn’t need one, which is the problem.

Red Hood shouldn’t have a team of Outlaws just for the sake of it. When he was with Arsenal and Starfire it made sense. Him having his own full-fledged, ongoing series hadn’t been done yet. But Jason Todd is a rock star now. All he needs is to be pointed in the right direction and some henchmen to pound on.

So why is he working with a new Wingman—who already has his mask off and we don’t know who he is yet—and Bunker? If DC wanted to roll out a new set of Outlaws, why not bring Batwoman into the fold? Her team-up with Red Hood was pretty awesome in Red Hood: Outlaw #28 and #29.

Next, and probably more important to the story, Scott Lobdell revealed more about Solitary, who appeared to be Willis Todd, Jason’s long-lost dad, at the end of Red Hood: Outlaw #30. It seems that’s not the case now. My one gripe with the way Lobdell wrote this: it takes way too long for Red Hood to pick up what Solitary’s putting down. He’s not Batman, but Jason is still pretty damn smart.

Pete Woods and Rex Lokus did an exceptional job with the artwork. The Red Hood close-ups were great. More importantly, the action was outstanding. His second crowbar toss at Solitary was perfectly fluid and effortless. And his fight with Wingman was great, too. These two appear to be more and more comfortable with Red Hood with each passing issue.