Red Hood and the Outlaws #19 Review 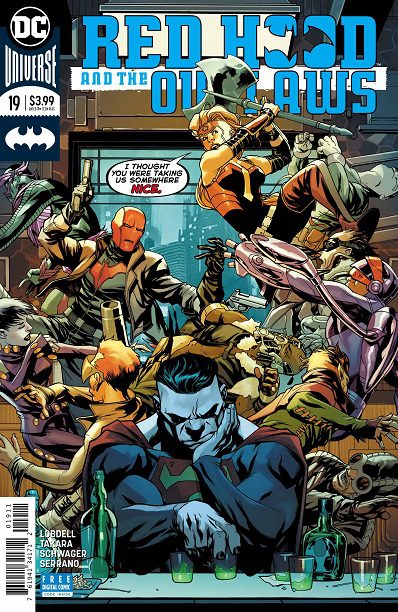 Scott Lobdell has decided to take us on a date with Artemis and Red Hood in the new issue of Red Hood and the Outlaws and Artemis is looking quite fantastic. So fantastic that Jason has a hard time spitting out any words. Also, I love the detail on her exposed back showing her battle scars that she has obtained through her life. Unfortunately, Bizarro won’t be joining Jason and Artemis for the evening but we’ll get back to him later. I can’t remember the last time Jason has gone on a date and it’s always nice to see him smiling. With everything that has happened in this run, I’m sure he’s more than happy to have a nice quiet evening. Bizarro though has continued to feed into his addiction as he is still soaking in his version of the Lazarus Pit to keep his intellect high. One of my favorite things I’ve been seeing with this situation is how he keeps talking o his little-stuffed doll of Superman. Having that play like his conscious has been a fun way for him to handle his situation. He is going crazy and becoming overly paranoid and a part of him knows this. Even though he’s worked hard on hiding this from his friends, Artemis and Jason know something is up and they have quite a discussion about it on their date. 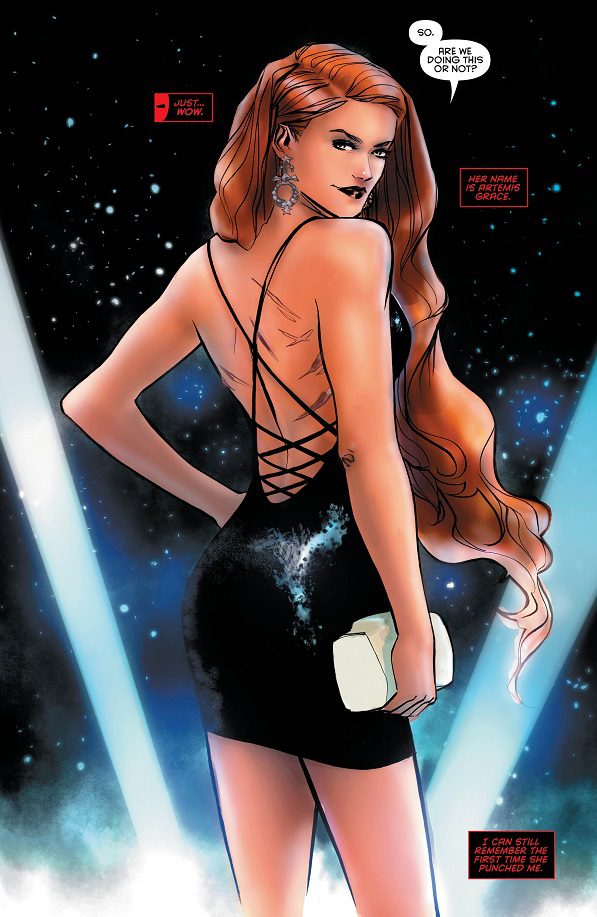 This is by far my favorite part of the issue. Artemis and Jason are out having a nice night but they know they need to discuss that something is up with Bizarro. This shows how they have grown not only as a team but also as friends and family. They truly care about Bizarro and want to help him but not alarm him. I’m guessing they hope that he’ll eventually open up to them but this is something that I love about comics. When you have a friend and you know something is off, you want to help but aren’t sure how to go about it. Hopefully, Jason and Artemis can figure out what is happening so that it’s not too late for Bizarro, as his addiction is gradually getting worst. Marcio, Rob, and Felix also do great work with the art and colors here. You can say it’s traditional comic book style but I always believe that it takes the right artist to always match your overall tone in the book. This continues to do that well where things may not be overly detailed, but I think the best thing we get are the expressions out of our characters faces. It’s all done well enough to make everyone here feel real.

Family has been the ongoing theme for this group lately and even though none of them are related, they are proving to be better family to each other than other “real” ones. Red Hood and the Outlaws continues to show it has many layers and is still one of the best books since the Rebirth era started.