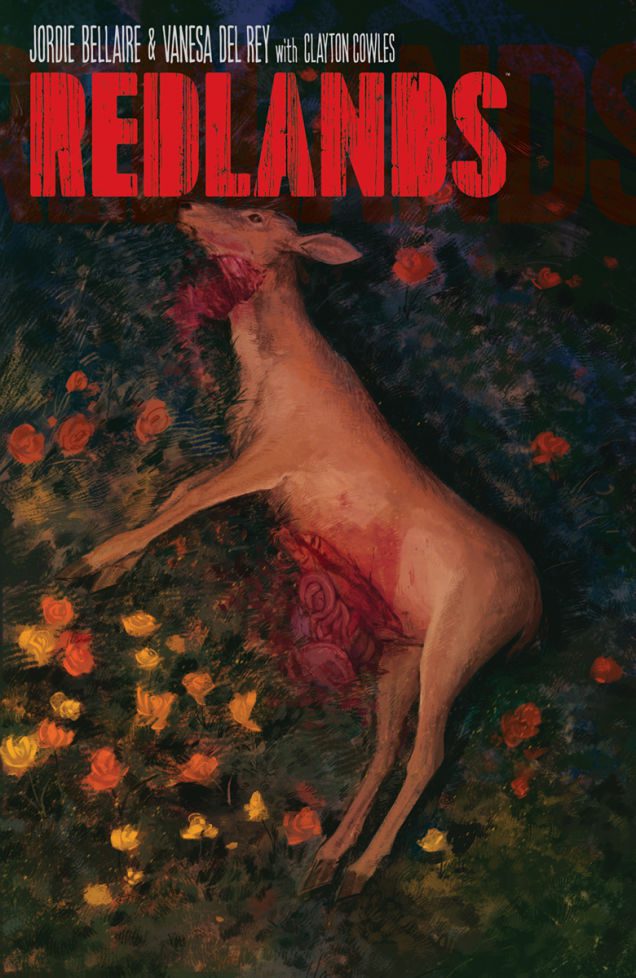 Three witches occupy a small town in Florida, disguising themselves as three detectives. Their presence is threatened by a serial killer who knows what they are.

After the first issue, having such a morally gray group of main characters was a curious decision. It wouldn’t quite be a Dexter situation where a bad guy hunts down only other bad guys; the witches are clearly no heroes in this story. It isn’t quite that simple, and it really makes what Jordie Bellaire is doing with this story different and exciting.

Very quickly into this issue, the story becomes reminiscent of a cop drama. There’s even a wink and a nod to this fact in the comic. The serial killer knows who the witches are and wants attention to be brought to the Redlands. The villain versus villain aspect makes the conversations between the killer and Bridget all the more interesting. So far the only men we’ve been introduced to are lowlife racist predators, and a “tainted” lab worker who either works for or at least knows of the magical beings. Perhaps there is a lesser evil scenario that will come to light in the future. I’m still left with many questions, but that’s more than likely by design. 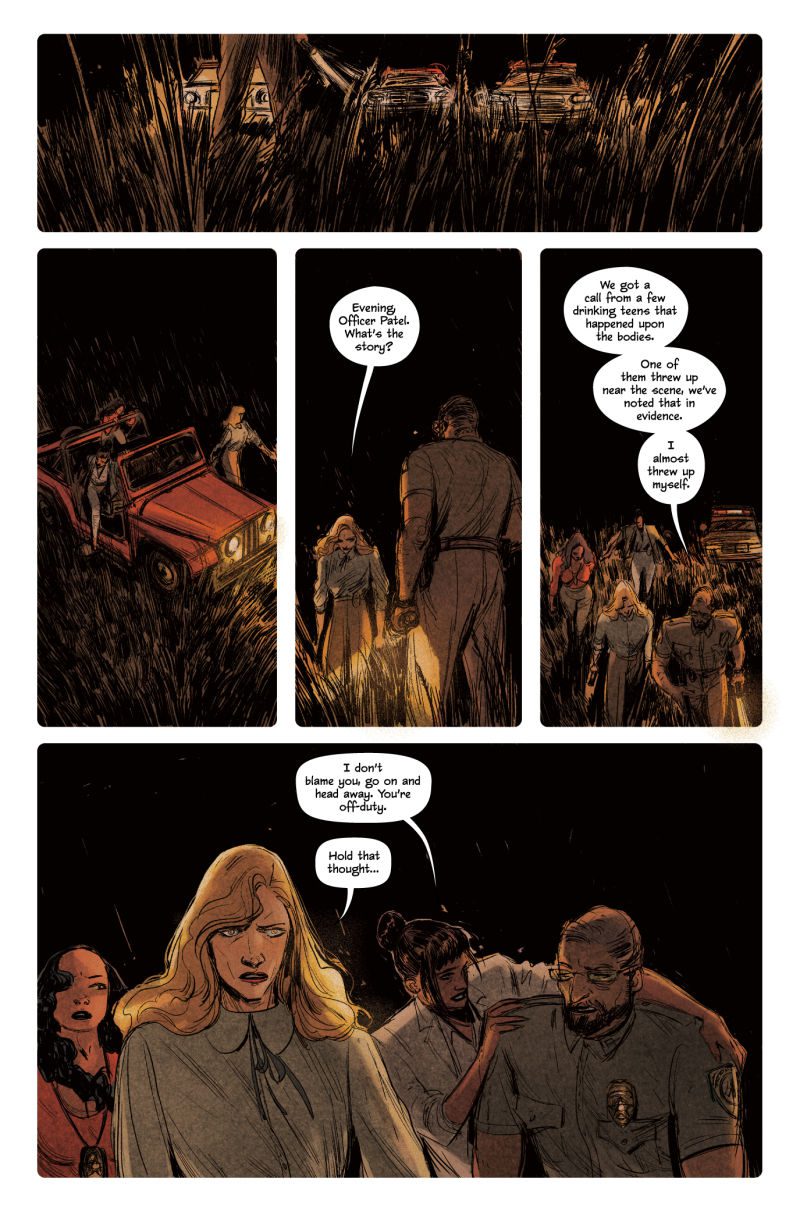 I’m sure this is going to have a single overarching plot, and we aren’t going to get shady witches solving supernatural crimes in the Redlands. But if that were to happen, I definitely would not hate it.

Vanesa Del Rey’s artwork is so expressive that every smirk, stare, or grimace holds weight. Even in a comic filled with creepy characters, Del Rey found a way bring out a distinct eeriness in the serial killer’s eyes. I do enjoy all the character designs in this series, they’re not quite typical looking. The series has a dark and mysterious vibe to it, it truly is a beautiful looking comic book.

I wasn’t sure what to expect after the first issue, but this series has already taken a drastic turn and it’s wonderful. Though there’s a familiarity in the story structure, the plot and characters are offbeat and engaging. This is a unique take for a serialized horror drama, and it has me excited for what comes next.