Lenovo’s Y7000P is like a love letter to gaming laptops from 2013, in the very best of ways. It’s like if Richard Rawlings (Gas Monkey Garage) had been tasked with rebuilding a classic Lenovo Y510p with a modern chassis and performance, but with only one GPU. Frequently on sale for $1,100, the Y7000P has to power and features of a solid gaming laptop, while being a beast, physically. It can be off-putting to folks like me that want a thin and light gaming laptop. Note the MSRP is technically $1,599 – but I haven’t seen it anywhere near that price. But the Legion brand (and the gaming laptops from Lenovo that preceded the 2016 rebranding) has always been about performance over size. Although this time the Y7000P isn’t quite as large as those older laptops.

It’s a bit difficult to find the Y7000P today. Walmart, Costco and Amazon do carry it but Best Buy doesn’t. Instead, you can find Lenovo’s Legion Y530 and Y730 from more retailers. Those laptops are more mainstream in appeal than the Y7000P. So why is this is the “What’s Good” section? Because the Y7000P scored big by not focusing on being thin and light. Instead of an under-volted MaxQ designed GPU setup, it does the opposite: an NVIDIA GTX 1060Ti (although my review unit has a GTX 1060). More on the GPU later and note that thinner and lighter laptops can be found with GTX 1070’s but they’re not as cool. First, I’ll comment on the chassis.

The giant Legion logo on the lid, the shape of the letter “Y”, is more flux capacitor than random letter. It looks gorgeous on the iron gray aluminum. With stride, Lenovo perfectly replicated that color on the sides and bottom of the Y7000P. That may sound like a simple feat, but only the lid is made of aluminum. The rest of the chassis is ABS plastic. Regardless, the whole chassis feels solid. Again, this isn’t a thin and light, but it’s not going to throttle on you either. Lenovo’s thermal optimization strategy included dual rear vents that move hot air away from the GPU, processor and RAM. This design language looks really cool and it allows for rear I/O, which is fantastic when connecting multiple devices. Along the rear you’ll find the following ports:

That’s not all for I/O. The left side has a USB 3.1 Type A port and 3.5mm audio jack. The right has another USB 3.1 type A and a Novo Button. This button is unique to Lenovo and allows access to the system BIOS if you’re so inclined. Opening up the lid you see a full size keyboard with a fantastic power button in the shape of the Legion Y logo.

You’ll find plenty of storage in the above average frame of the Y7000p. My review unit is equipped with a 256GB SSD and 1TB 7200 RPM HDD. I loaded the HDD with games. I found gaming performance to be satisfactory for the price. Below are real world results with the games set to 1080p with preset “high” settings and V-Sync enabled:

​With V-Sync disabled I saw on average a 10% increase in FPS.

Not surprisingly, I didn’t experience any uncomfortable temperatures on while gaming for an hour at a time. I played games that were pushing the Y7000P to it’s limits, too. The heat is pushed out through the rear vents, but still, the palm rest area did warm up. I played Resident Evil 2 using a controller and, still, the palm rest area was warm. It wasn’t too warm at all. I played Rise of the Tomb Raider using a mouse and keyboard setup. Even then, with the components heating up and the warmth from my left palm, the keyboard area was fine for long play sessions. Thinner gaming laptops with GTX 1070 MaxQ GPUs get very hot. That’s part of the compromise with thinner laptops. Lenovo has never made a thin and light gaming laptop. Even their more readily available gaming laptops, the Y530 and Y730, leverage rear vents and have more space for heat dissipation. Throughout various gaming sessions I observed actual CPU temperatures topping out at 76 degrees and GPU at 72 degrees. This is without any overclocking.

With regard to synthetic tests, these are the best scores I’ve seen from a Lenovo gaming laptop that wasn’t 10 pounds (Legion Y920). For each of Lenovo’s current (Yx30) Legion laptops, the Y7000P has the most powerful GPU.

Regarding battery life, I was impressed with non-gaming battery performance. With the brightness at 50% and battery mode set to “better battery”, I got about 5 hours of battery life between two tests, which included mixed office use and YouTube videos running.

5.1 pounds is substantial for a laptop in 2019 – even a gaming laptop. Laptops at this weight and greater are running more powerful GPUs. If Lenovo could have maintained the gaming laptop feel at around 4 pounds, it would be perfect. But that’s not the biggest issue…the display is locked at 60Hz. This is a big letdown, to say the least. Sure, a GTX 1060Ti or even my unit’s GTX 1060 isn’t going to blast games past 60 FPS at 1080p / high settings. But even 75Hz or 120Hz would have been killer, here. And for today’s gaming laptops, if you’re going to lock at 60Hz and you have a 5 pound laptop with a big battery, you may as well drop an OLED screen. But, keep in mind you’re getting a steady 60FPS experience with this hardware. That may sound contradictory but it does help battery life to lock in at 60Hz.

There are other small tweaks I would suggest for the next iteration of the Y7000P (although I doubt another is coming) – put those speakers next to the keyboard! The Y7000P has forward firing speakers below the trackpad / palm rests. To accomplish this, it may require sacrificing the number pad. I’m ok with that and I’m sure most gamers would be as well. The keyboard is a bit mushy for my taste. Key travel is 1.7mm and has 3 stages of backlighting, which includes the function keys. Well done on the latter. Next, move the webcam back up to near eye level or remove it entirely. It’s 720p so gamers that stream often are going to buy a 3rd party, independent 1080p camera anyhow. In the past, Lenovo have added little touches to their laptops that only gamer’s would appreciate that they left out of the Y7000P. Such as the integrated XBOX controller transmitter (Legion Y720), a mechanical keyboard (Legion Y920), and individually backlit keys (Legion Y920). The Y7000P is so close to being exactly what it set out to be.

As far as other modern features, I would have loved to see a Windows Hello compatible camera or at least fingerprint scanner. The trackpad could also stand to be larger. Instead if feels a bit small. I can’t complain about the aluminum lid with ABS plastic elsewhere, except for the display bezel. The plastic looks cheap and by giving the display a little flex, you can see that it’s not very stiff. You’re not likely to snap the monitor in half but that sweet aluminum lid vanishes when you’re looking at black plastic around the display.

Last year, Lenovo launched a 25th anniversary ThinkPad. It was a limited supply, nostalgia laden device. The Y700P feels like it has the same inspiration – although going back just 4-5 years. Unfortunately, the modernization of those gaming laptops didn’t quite manifest. Regardless, the Y7000P is priced well and provides excellent performance with the GTX 1060 model. It’s not as thin and light as the Razer Blade 15 Base, but it is $500 less with the same specs plus a faster GPU. Other laptops from Acer and MSI are also more expensive by a few hundred dollars.

…keep in mind you’re getting a steady 60FPS experience with this hardware.

Who is this For

If you’re a gamer on a budget, you have to consider the Y7000P. You can play the “which laptop is better” game all day and compare the Y7000P to a number of competitors. But at the end of the day, the Y7000P is gorgeous and screams “gaming laptop!” and I love that! It’s also well built with the backing of the largest computer manufacturer in the world. My only concern is support since the Y7000P is difficult to find, considering it was just released last year. 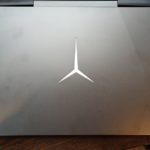