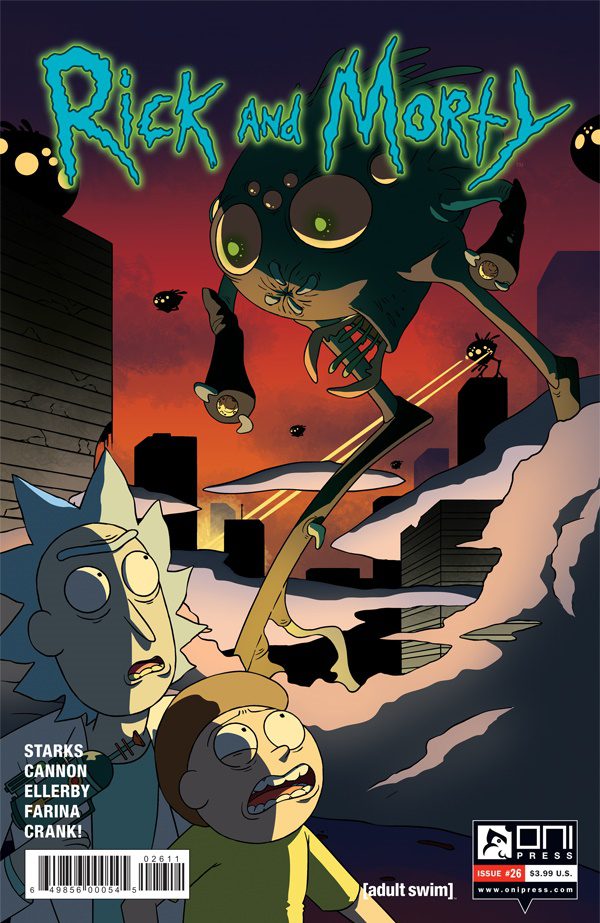 Okay, so, go onto YouTube, and look up the Rick and Morty theme, and listen to that first. I won’t go anywhere.

*Taps my foot for a few seconds, waiting for you to return*

And you’re back! Alright, now that you’re in the proper mood and mindset, I bring you a drawn adventure of the space traveling, alien defeating duo of Rick Sanchez and his grandson, Morty.

Another group of aliens come along and wage war on the Earth, giving everyone a comfortable cushion of twenty-four hours to prepare. Who’s the best person qualified to deal with this? If you said the Doctor, you’d be wrong – I like you though, but you’d be wrong. Nope, it’s the drunk grandfather, Rick. He simply replies that they politely tell the aliens ‘no.’ But of course… no one listens as Jerry becomes involved, and decided it’s his civic duty to 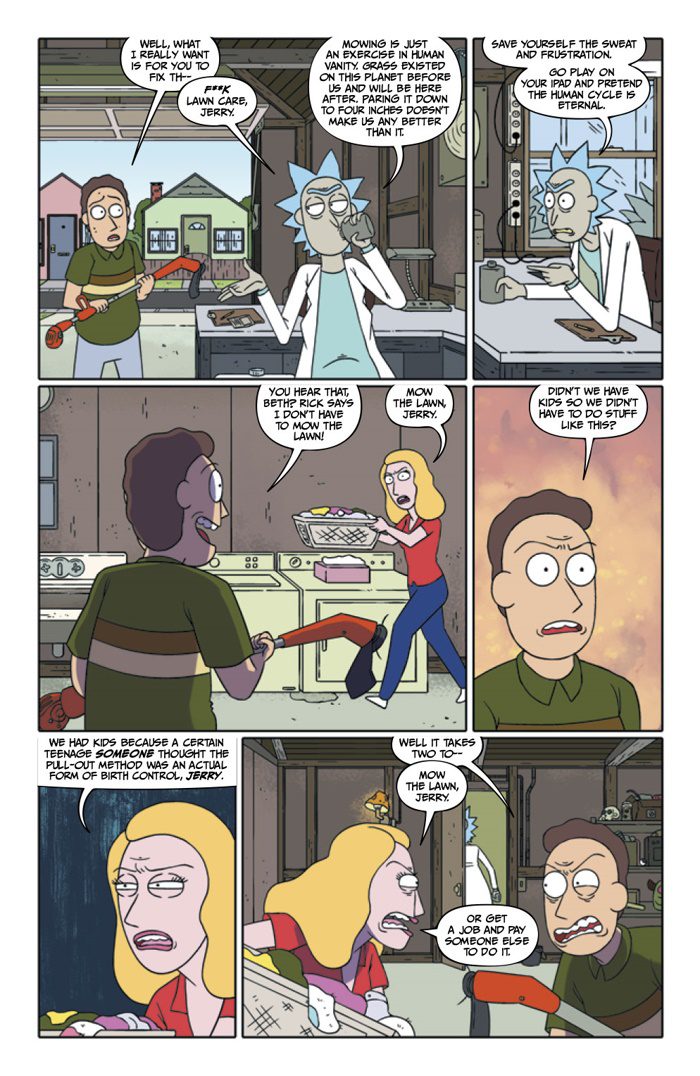 convince the aliens to not invade – in order to get out of mowing the lawn. Jerry being Jerry makes the situation worse by entering in a shouting match, causing the aliens to take Beth. So, Rick, Morty, and a newly created science Gollum, Drippy Boy, go onto the ship to rescue Beth and to trigger the self-destruct sequence. In a gesture of good will so that the others may live fulfilling lives, Drippy Boy, clad in his awesome shades, takes on the aliens himself, dying a hero.

Let us take a moment of silence for Drippy Boy.

If you like the show on Adult Swim, then you are sure to enjoy their comic adventures. It contains the same humor and art style that the show offers, and after a while, you won’t be able to tell the difference.

*Well…I guess the comic isn’t moving and the voices are in your head… BUT STILL!*