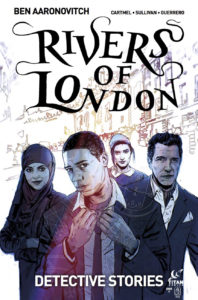 If you are a fan of the mysterious and magical and love detective stories, have I got a comic for you! (No, it is not a graphic novel telling of the Dresden Files, though how cool would that be?!)  I bring to you, Rivers of London: Detective Stories. If you are an American like myself, you may have never heard of the 2011 novel Rivers of London by Ben Aaronovitch. That is fine! This is not a comic series where you don’t need any of the background knowledge before jumping in… though a little would not hurt, so let me give you a quick run through.

In the award-winning novel, we follow Peter Grant. Grant is a young police officer in London.  After he has an unexpected meeting with a ghost, Grant gets enlisted in a small branch of the Metropolitan Police Department that takes care of supernatural cases unbeknownst to the general public.  This department is known as The Folly: “home of the Long Arm of British Law, but an arm that doesn’t just issue search warrants and handcuff miscreants – it can also launch balls of mystical energy with enough force to knock a villain on his backside.” (From the inside cover of issue #1.) 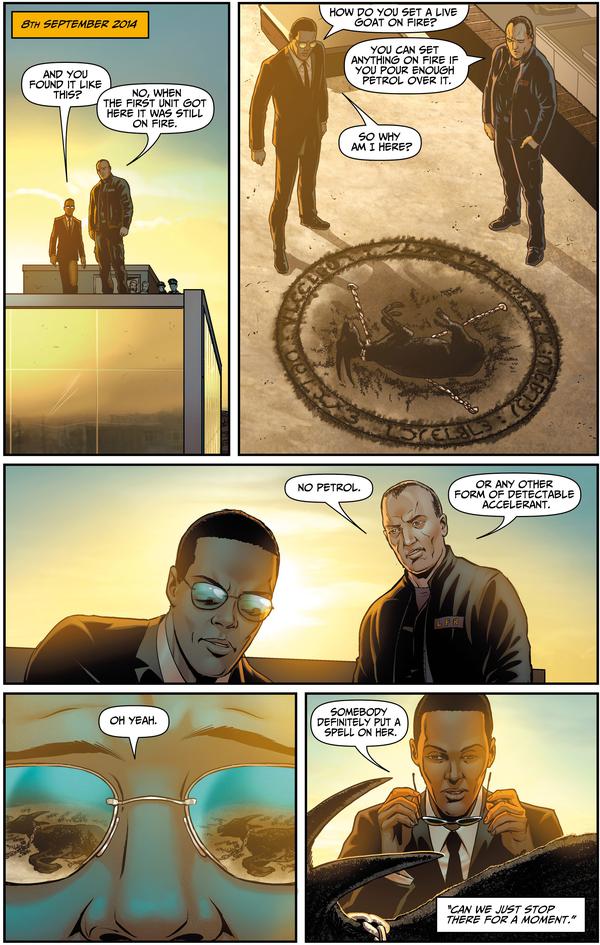 The first case our magical detective must investigate is the burning of a live goat. While the case itself is not very interesting, it gives a place where the writers can introduce this world and characters to the readers. While this does occur within the same universe as the novel, they are not directly connected, these stories are self-contained. Having a small, easily solved crime allows us to focus on who and what is important to this world.  This makes it a perfect place to come on board as a new reader.

While nothing really popped out at me from the pages, the issue, as a whole, made sense. Do not go into Rivers of London: Detective Stories #1 expecting a true mystery. (Except for wondering who or what the “Virtual Flasher” is). Also, you will not see action on every page.  What you can expect is a new story. One set in a city that feels familiar, but hides many secrets.