The Flash
The CW

We had a lot going on this week on the Flash, Wally is training to be quick enough to stop Savitar, our group gushing over the engagement, channeling an evil entity to find out info about his plan, revealing that a member of the team kept a fragment of the Philosopher Stone, vibing traumatic experiences, fighting amongst Speedsters, the reveal of Savitar’s plan, pulling Wally into the Speedforce, and the return of Savitar, all in an hour! In spite of all of the massive amounts of things going on, this episode did not feel rushed like some of the previous episodes have. A lot of great moments for Keiynan Lonsdale’s Wally in this episode, making the time limit needed to stop Savitar and save Iris, the head games he suffers at the hands of Savitar, his emotionally challenging scenes being vibes into Iris’s death, then his confrontation with Barry, being tricked by Savitar into stealing the Philosopher Stone fragment and opening a portal, then ultimately being dragged into the Speed Force. The versatility of his performance in this episode was incredibly demanding and he performed it well. The myth of Savitar continues to expand and frighten our cast, pulling all of our characters, in one way or another, into a whirlwind of pain and fear. 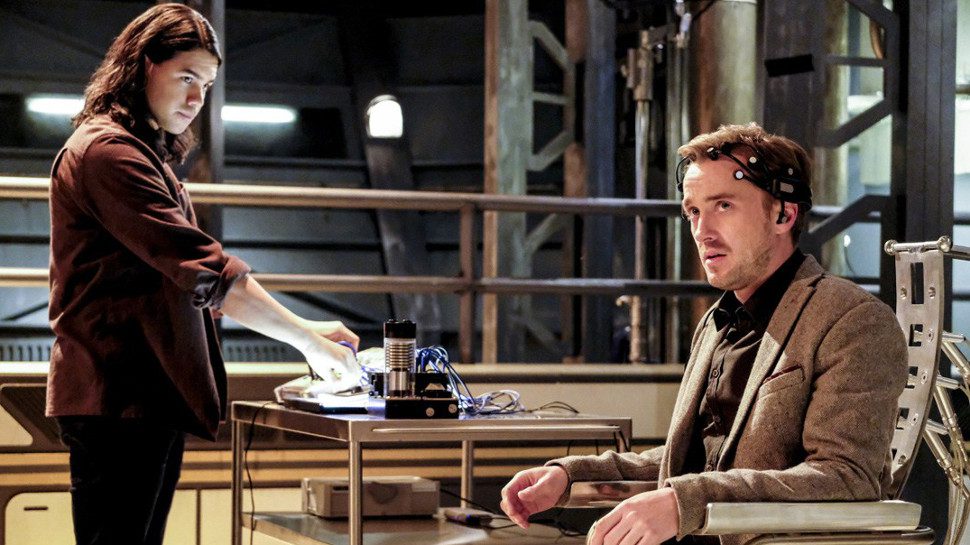 One of my favorite gimmicks lately is channeling Savitar through Julian, which our team does twice this episode. Always hilarious seeing this dark and foreboding voice coming out of Julian, coupled with all of the brimstone prophecy spitting and jerky comments. Julian initially objects of course, wanting no part of being Barry’s Human Ouija Board, but he is convinced, mostly by Caitlyn, to assist. When Savian, or maybe Julitar, yeah, Julitar is better, is making H.R. Deposit his Big Belly Burger into his shorts, the team tries to track down Savitar’s location, which they narrow down to, the whole city. The power surges continue to expand towards the imminent release of Savitar.

Have you seen this:
FIRST LOOK Peacemaker - Freddie Stroma As Vigilante

Caitlyn reveals that she stole the fragment of the Philosopher Stone that broke off during the explosion in hopes to reverse her powers. Wally, after being benched by Barry for not sharing that he’d been seeing visions of Savitar, is talking to Jesse and sees his mother, obviously revealed to be Savitar inside Wally’s mind trying to drive him to his plan, but dang Savitar, posing as Wally’s late mother? Too far evil Speedster, too far. Wally steals the stone fragment and attempts to open a portal to hide the stone, Savitar appears taunting Wally telling him he’s not fast enough to even open a portal, egging him into a frenzy, by the time Barry arrives to try and help, Wally has opened a portal, and is pulled into the Speedforce leaving a piece of his suit. The most frustrating part of all of this is that Barry literally just stands there, way to go fastest man alive.

Have you seen this:
Dune Blood of the sardaukar #1 (Review)

Then Savitar emerges from a portal, like a RPG Boss taking his final boss battle form. Giving us an analogy of his kid napping of Wally to the Greek Myth of Atlas finding someone to relieve his prison in the SpeedForce, which was actually quite clever, before giving the Flash a beat down and imbedding one of his spikes into the Scarler Speedster’s torso. We leave our team in shambles, Barry is injured and he and Caitlyn both share in their grief and remorse.  Joe and Jesse are inconsolably distraught at the disappearance of Wally, with HR appearing and being an unexpected comfort for Jesse, with Cavanagh again providing Emmy worthy performance, and Iris walks away from Barry, her engagement ring noticeably absent. 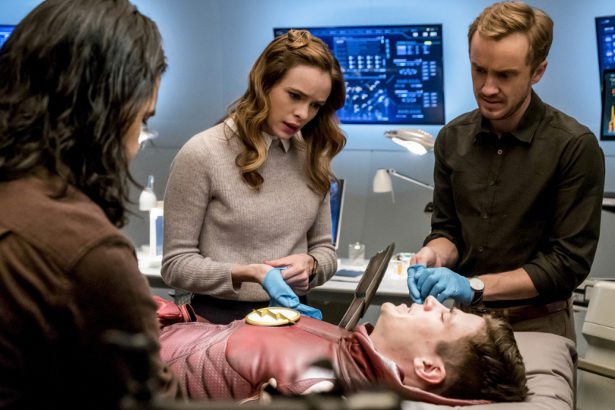 As intense as this episode was, next week’s proves to be just as intense as Barry enters the SpeedForce to find Wally, encountering some major blasts from his past along the way. Will The Flash rescue Wally from the confines of the SpeedForce? Can Barry and Iris reconcile? Can Team Flash stop Savitar and prevent him from killing Iris? Time will tell, and until next time, keep it nerdy guys.