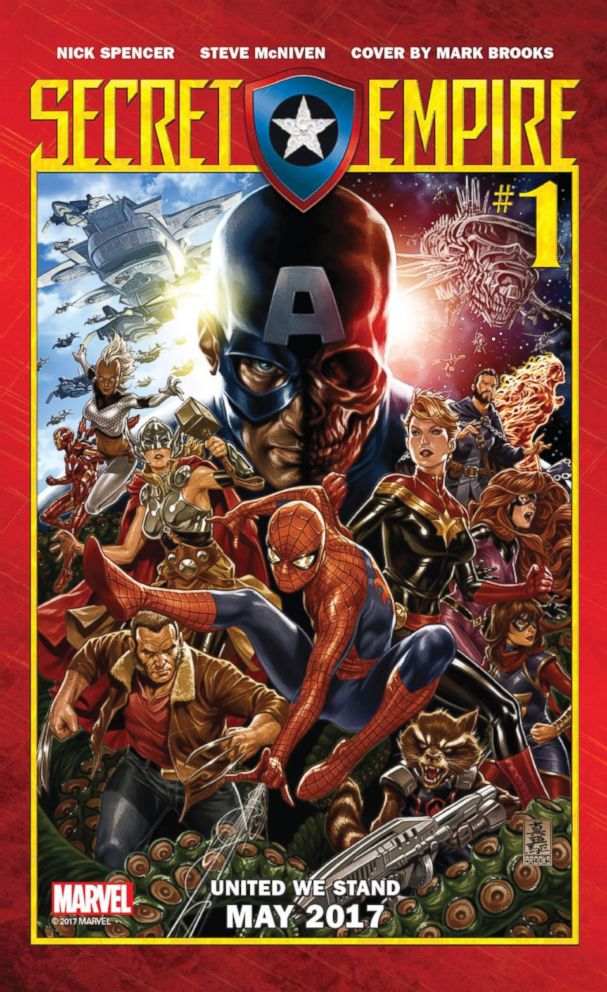 An unspecified amount of time has passed since issue #0, but one thing is for sure, Captain America and Hydra already have a tight grip on the U.S. The issue opens with a teacher indoctrinating her students to the history and ideals that Hydra are pushing. It was a great way to show how far the world has come since the first issue, but it left me confused over how much time has passed. It doesn’t seem like years have passed but I can’t imagine teachers and students going along a Hydra takeover so easily. But the world that we are introduced to is a tragic one. Inhumans are being round up and put into camps, heroes are either stuck outside of the earth’s force field or just hiding, and villains are in total control.

I admit, seeing Captain America lead Hydra and discussing with super villains over how ruthless they should be when enforcing their laws was depressing as hell. It looks like the forces of evil will play a big part of the story, unfortunately, it probably won’t be talking the brainwashing done by Maria Hill. Still, tensions are high between Captain America and the rest of Hydra. The situation does present an interesting dynamic, especially if Hydra implodes.

One a separate note, what the hell is Thor(Odinson), Vision, Scarlet Witch, and Deadpool doing on Hydra’s Avengers team. True they were taking out a monster that threatened earth, but they’re still working with bad guys. That will be an interesting reveal.

Steve is clearly struggling with making decisions but in the end, he makes the wrong ones, like with the killing of Rick Jones. I don’t know how Steve comes back from killing a friend and former ally. Him trying to have a normal dinner with Sharon shows just how much he’s trying to hold onto past bonds. It makes it harder to gauge just what’s going through the mind of Steve Rodgers. 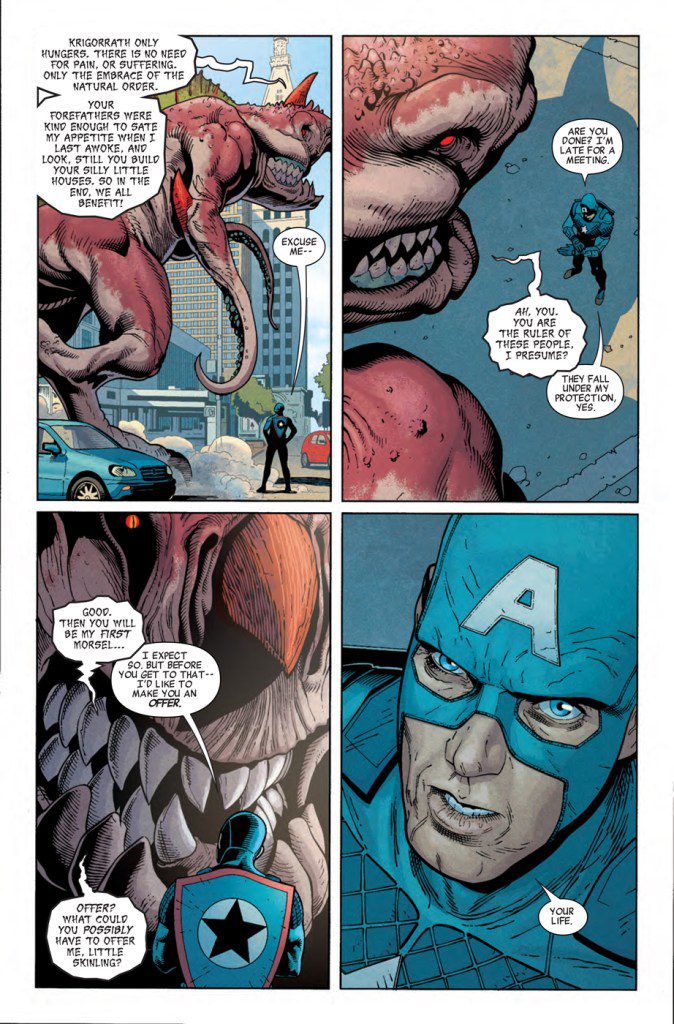 I’m not familiar with the Champions but it looks like Marvel’s version of Young Justice. Meeting the Champions and visiting the whole resistance hideout was my favorite part of the issue. It made me pretty happy seeing the Champions use the Fantasticar, and “The Drunk” being Tony Stark’s AI was hilarious, though I wondered what happened to the real version of him. I’m not sure if that’s part of a story I didn’t read or if it’s another mystery that will unfold. Hawkeye was a bit of a downer as the leader. I know he has a lot of pressure on him but he’s really changed since last I’ve read anything with him. With so many heroes stuck in space, it will probably be up to this small resistance to save everyone. Unless they all get slaughtered by Hydra, which seems just as possible in this horrible new world.

The art was fantastic, I enjoyed it quite a bit more than the previous issue. There was a lot of shadow work going on in the last one that wasn’t for me. In this issue, everyone looked great, and there were creative ways the artist portrayed Hydra’s full control of America.
If the cosmic cube isn’t used to earache everything that happens in this series, then I have no clue how Captain America comes back from any of this. In a way that’s why I’m so caught up in the story, less the current events, and more how does Marvel come back from all of this. It certainly has my attention, and much like the last issue, it was a depressing but entertaining read.