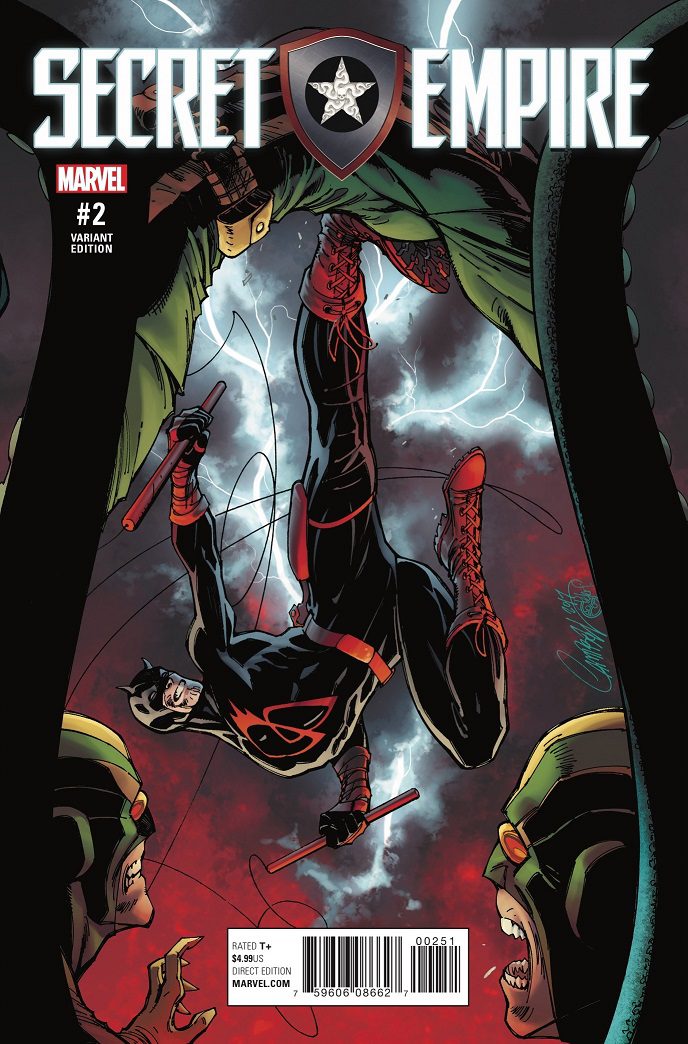 So here we are at issue two of Marvel’s latest huge event… and what a mess.

Not only has the series stirred up an enormous amount of bad feeling amongst comic book fans, this outrage has not even translated into the massive sales figures Marvel must have been hoping for. There is a pretty good reason for this though; the series isn’t very good.

Issue 2 is indicative of all the major problems within the series so far. The thing that surprised me the most about the first two issues of Empire was how little actually happens in these books. This second issue is no exception where the entire book is essentially taken up with dialogue. If this was furthering the plot in some way, I wouldn’t complain too much, but Nick Spencer seems to have the ability to get his characters to talk for pages at a time without actually saying anything of importance. His reliance on shock moments seems to be his stock in trade, yet these shock moments seem to never be capitalized upon. Captain America lifted Thor’s hammer in the Free Comic Book Day issue and it has not been mentioned since (just by the way, where the hell is he keeping Mjolnir anyway? Is it propping open the Hydra toilet door?). The last issue ended with Cap seemingly galvanizing against the good guys with a massive show of force, consolidating his bad-assery, only to have that whole ending kind of wiped out now.

The inconsistency of Captain America is also a huge problem. I found myself getting fully on board after the zero issue, excited about the prospect of a Cap fully committed to Hydra going no holds barred against his former allies. The last two issues though have seen a complete about face and Cap is now moping around like a bratty child, constantly on the verge of tears. A lot of people are touting this as proof that there is still a good guy in there, even though Marvel have previously stated the opposite. Why Marvel would weaken their resolve at this point is a little bewildering; Cap has already committed terrible atrocities and murdered innocent people, there is no coming back from that. So why not commit fully to the concept?

Have you seen this:
Power Rangers Ranger Slayer #1 (REVIEW)

There is a rather bizarre epilogue at the end which includes the requisite twist/shock ending, but which comes across feeling more like a tacked-on amendment. The fact that it is drawn by a different artist to the main story also makes it highly suspect and I wonder whether Marvel has tweaked the story somewhat from its original premise. Of course, comics are written and sent to the artist months in advance, so this seems unlikely, but the next issue will tell.

I am a huge fan of Andrea Sorrentino’s art, so if you liked his art before you’re going to like it here, though his sketchy style is not going to be to everyone’s taste.

So what is the underlying problem with Secret Empire? 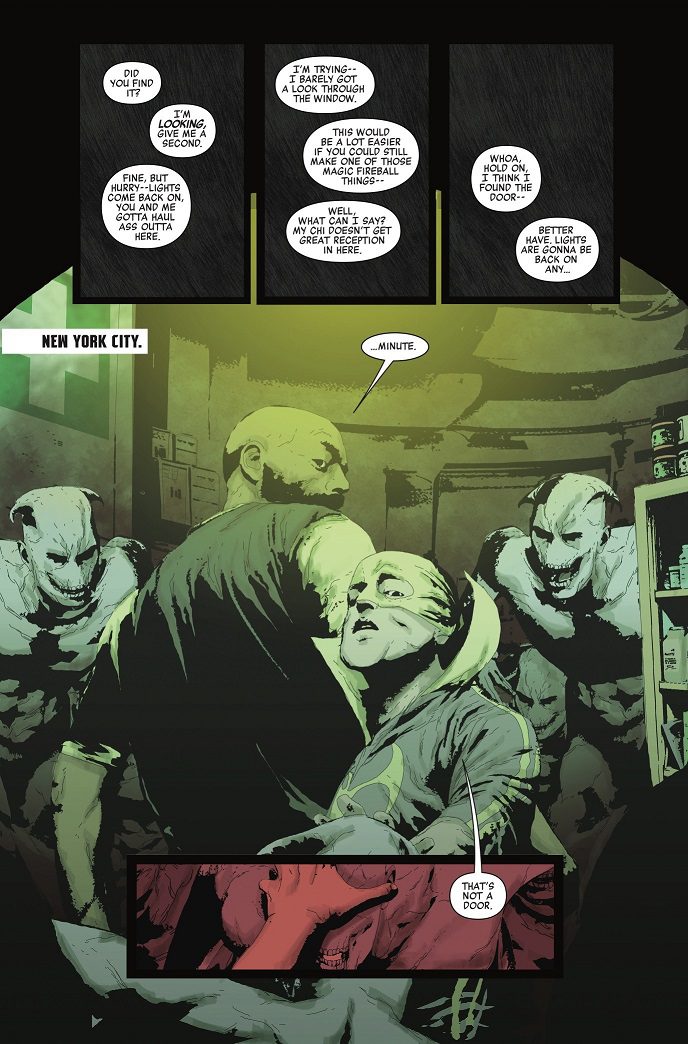 Simply put, he is not a good enough writer for the job at hand. His plotting is clumsy and inconsistent, his dialogue needs some serious editing and his reliance on shock actually derails the story. In the hands of a Tom King, Jeff Lemire or a Jonathan Hickman this concept and story could have really said something and felt exciting and important. As it is, it feels like a mess with no attention to detail.

For example, even though Dr. Strange and Daredevil feature predominantly on the cover, they are not actually in the issue. They’re not even in the ‘cast’ list at the beginning! Black Widow decides to start up some form of ‘spy etiquette’ school right in the middle of the world falling apart and speaking of the world, where is the rest of it? Surely some other country would take some action regarding what is going on!? But no. Another small detail which could have made the series seem more expansive. As it is, all we have is Hawkeye and his crew hiding in what appears to be a large cupboard somewhere, talking and doing little else. Captain Marvel and her team are apparently fighting an endless alien armada in space at this moment, as we veeery briefly saw in the last issue but you wouldn’t know it as they don’t make a single appearance in this one. That’s nearly two issues without any real progress on her plight. This kind of terrible pacing cripples the overall drama and the epic nature which Spencer seems to desperate to get across. The story feels really small when it should be massive. Shots of Captain America moping on his Hydra throne don’t help.

Have you seen this:
TLDR Event: DC Future State

The most interesting part of the story for me was the Kingpin’s involvement, where he seems to be laying some seeds for future benefit from the average joe. This felt like something of importance, which could be developed into something in the future. The rest of the comic felt like it was holding space.

I want to like this story, I really do. I think there is something inherently interesting in this whole concept, but I just don’t believe that Nick Spencer is going to be able to pull it off. I will stick with the series, but I have the feeling that the main books are light on story to get us to buy the multiple spin off’s which will flesh out the basic concepts. There is not much incentive in these main books to do so though and they just reek of bad plotting and characterisation. With the big reveal at the end of this issue, every reader is going to be looking to see whether this is a cheap cop-out or a massive curve ball. Only time will tell.

Until then, I’m hanging in there, but I can’t say that I’m not disappointed.