The upcoming Disney+ sci-fi fantasy film ‘Secret Society of Second Born Royals’ has cast Elodie Yung in an unknown role. She made the reveal on Instagram (which is now deleted, but a screenshot of the post is below). 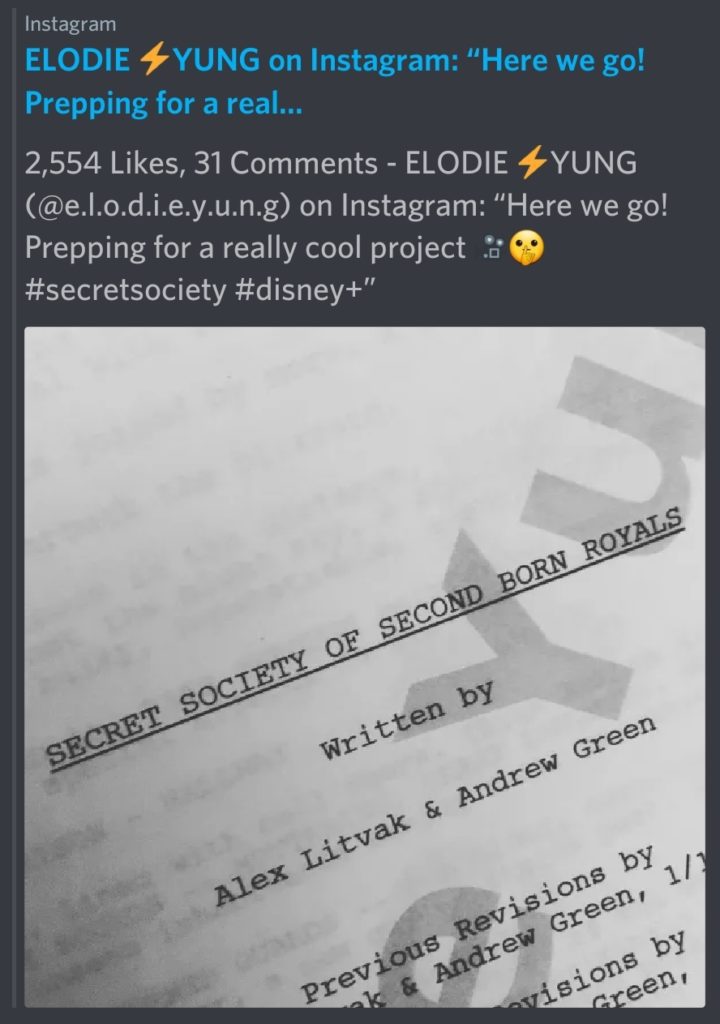 Yung is popular for her performance as Elektra Natchios in Netflix’s ‘Daredevil’ and ‘The Defenders.’ She was recently in the video game ‘Call of Duty: WWII.’ Other credits include David Fincher’s ‘The Girl with the Dragon Tattoo,’ Jon M. Chu’s ‘G.I. Joe: Retaliation,’ and Patrick Hughes’ ‘The Hitman’s Bodyguard.’

The premise is below:

“A 15- year-old girl is second in line to the throne currently occupied by her mother. But then she finds out that the summer school she is attending turns out to be a training camp for second born royals with superpowers.”

Meanwhile, it looks like the series will begin filming on its intended date of May 6th, tomorrow, and will wrap June 21st in Toronto.

There is currently no premiere date as of now, but the Disney+ streaming service will launch on November 12th.