Have you seen this Kickstarter? June 2015

Kickstarter and its community have brought the gaming world some top-notch entertainment. Games like Shadowrun Returns, Octodad: Dadliest Catch, Pillars of Eternity and The Banner Saga might never have seen the light of day without the support of gamers like you and me. However, with the success of games like these, there are now hundreds of people trying to make their game ideas a reality. While high-profile campaigns like Mighty No. 9, Yooka-Laylee and Bloodstained need no introduction, there are some brilliant gems hiding amongst the sea of copyright-infringing remakes and people looking for handouts. With this first in a series of articles, I hope to shed some light on some of the diamonds-in-the-rough that need support from people like you.

Here are five such potential games-to-be:

Unraveled: Tale of the Shipbreaker’s Daughter

First on my list is RosePortal Games‘ RPG, Unraveled: Tale of the Shipbreaker’s Daughter. Equal parts JRPG “love letter” and poignant history lesson, this game uses a 16-bit aesthetic to tell the story of the hazardous, real-world occupation of shipbreaking. If you visit the campaign page, amidst all of the gorgeous artwork, you will find a playable demo that can be downloaded. I played the demo and would like to share my thoughts. 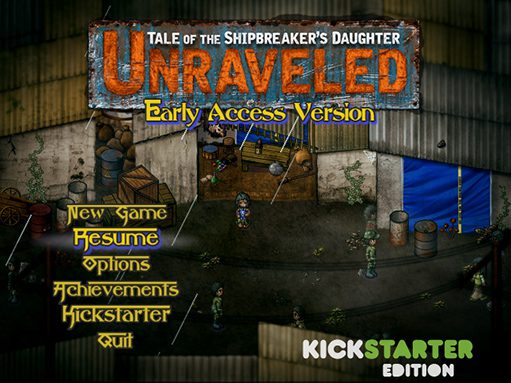 The demo starts by introducing us to our main character, a young girl in a ratty dress named Cinnamon and her blue stuffed monster plush named Marbles. She travels to the shipyard in search of her parents who work as shipbreakers; people who dismantle decommissioned ships. Cinnamon sneaks into the exposed hull of a massive oil tanker where she thinks her parents are working. Soon after, she briefly spots her younger brother as he disappears into the bowels of the ship. At this point, the game becomes a combination of avoiding the detection of the various workers in the ship and attempting to track down her family members. It is here that we are introduced to the “true” form of Cinnamon’s plush pal, Marbles. Whenever Cinnamon is confronted by something or someone intimidating, Marbles grows to man-size and assists her in defeating or fleeing the threat. During these combat scenarios, the game plays very much like a typical, turn-based RPG. 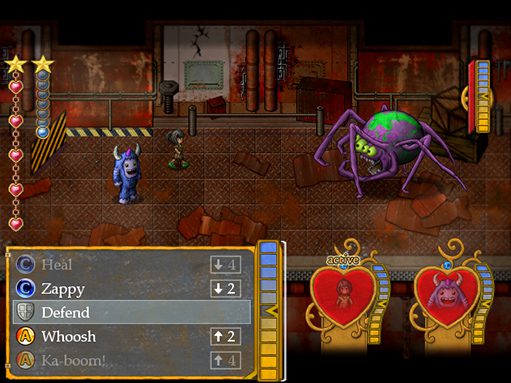 The thing that makes this game somewhat unique is the State Balance meter which measures the emotional state of the player characters and enemies. Being very calm or angry gives you access to powerful offensive and defensive abilities, however, it also makes you weaker to abilities of the opposing state. This adds an interesting dynamic of balancing the desire to use stronger abilities with the need to keep your characters alive.

The demo does an excellent job of introducing the game mechanics and setting the stage for the story that will unfold as you progress through the game. The campaign for Unraveled came to a successful close just a few days ago, but I still recommend giving the demo a try and potentially showing your support as a “slacker backer” if you like what you see. This is definitely a game to keep an eye on as it develops.

Tokyo Dark could be a first of its kind; a side-scrolling point-and-click game made in Japan. With the game’s anime-inspired art style and J-horror setting combined with classic Western P-n-C gameplay, it is definitely in a sub-genre of its own. This project is a part of the Square Enix Collective, a program which offers indie devs assistance with marketing and publishing while leaving development and financing solely the responsibility of the devs. So, while they have AAA blessing, whether the game is successfully funded and produced is in the hands of the Kickstarter community. 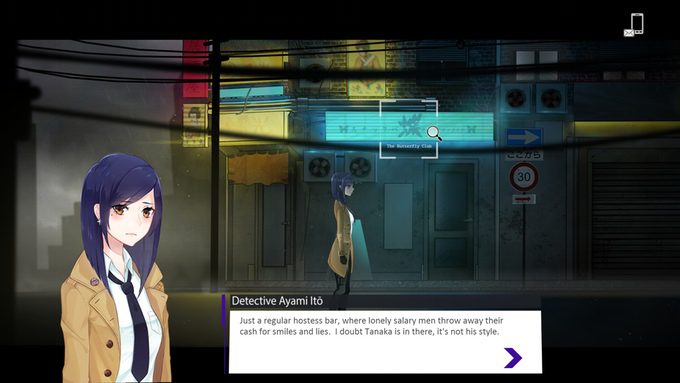 Tokyo Dark casts you in the role of Ayami Ito, a police detective in search of her partner who went missing while investigating a string of missing persons cases. As local legend has it, somewhere down in the dark recesses of the Tokyo sewer system, there is a door; a door that, if entered, will ensure you are never seen again. Can Detective Ito separate fact from fiction and rescue her partner and the other victims? Or will she find herself locked away in a mental institution or, worse, find out first-hand what is on the other side of that accursed door? 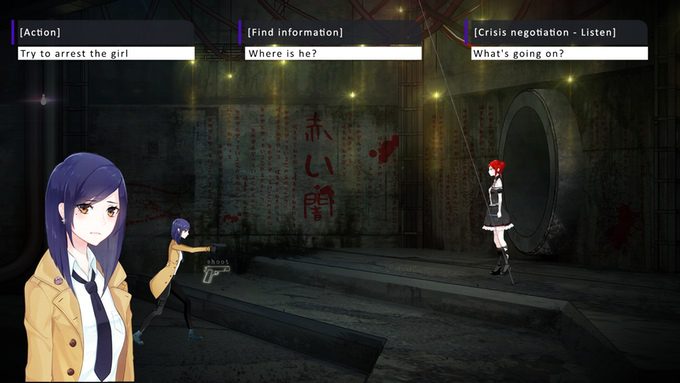 The campaign is in its final week and, while very successfully funded, the devs are currently raising additional funds to hire a studio to produce anime cinematic scenes for the game. Check out what this small team of three people is offering and, perhaps, show them some support!

Through the Woods is a game that would sit perfectly on a shelf in between Silent Hill and Resident Evil. The team developing project are attempting to recapture that original allure that made those two classic titles such the success that they were. Upon visiting their Kickstarter page, you will see that familiar brand of survival horror that gripped so many gamers in the late 90’s. Want to take it one step further and feel that classic sense of terror? Download the playable demo. 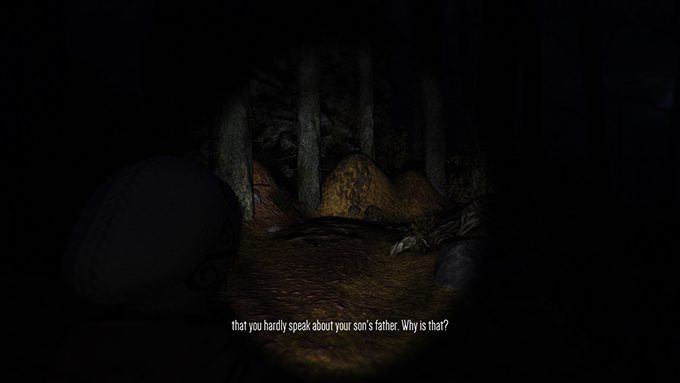 The story puts us in the shoes of a woman searching for her abducted son somewhere deep in the forests of Norway. Who kidnapped her son? She believes it was Norwegian boogeyman Old Erik, a horrible folk tale character who steals and eats children. Simultaneously, it seems the events of the game have already transpired because, as you make your way through the dark woods and caves, voice-over can be heard where a detective is interrogating the mother about the events of that night. Just as you discover an item or a point of interest, the voice of the mother recounts that discovery to the officer. What happens on this night that leaves the mother in police custody? Are the events we are playing through truly set in stone? 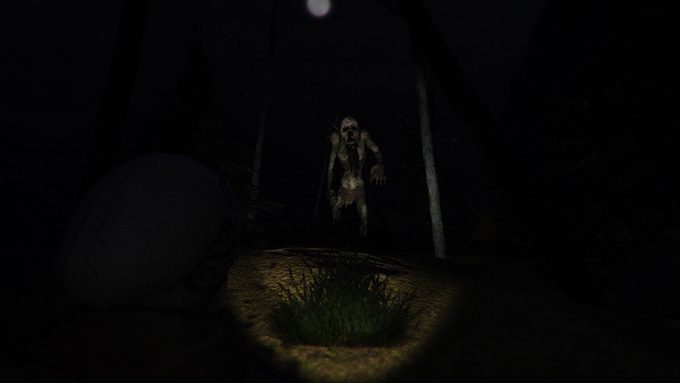 These questions can only be answered if the devs can raise the money they need to complete the game. With just over a week to go, funding is just below the halfway point. Show your support and help spread the word in order to help bring this intriguing game to the masses.

Did you live through the awesome Dreamcast era? What about the days of the amazing Nintendo 64? The developers of Combat Core are hoping to bring those wonder years back with their 3D arena brawler. It’s like Power Stone meets Custom Robo with a healthy dose of DragonBall Z flair. Like some of the other projects I’ve mentioned above, this team is offering a downloadable demo. However, this demo is also Oculus Rift compatible. A 4-player fighting game in VR? Color me intrigued. 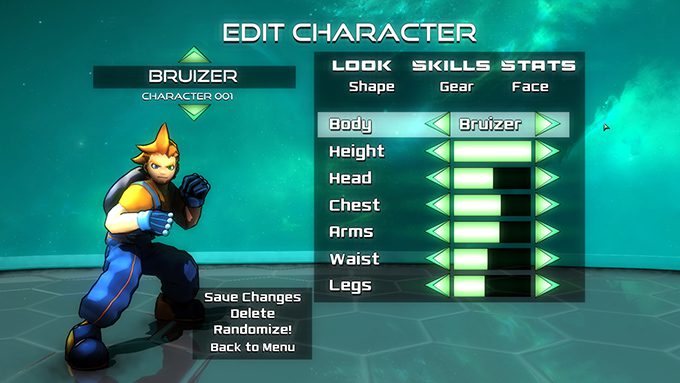 As I am currently Rift-less, I could only check out the standard demo, but what I saw still showed a lot of potential. The Power Stone inspiration is immediately recognizable and the character creator seems like its pulled right out of Custom Robo. The environment is destructible and the battlefield is littered with objects just begging to be picked up and used on your opponents. While the demo is understandably very bare bones, the potential is massive. 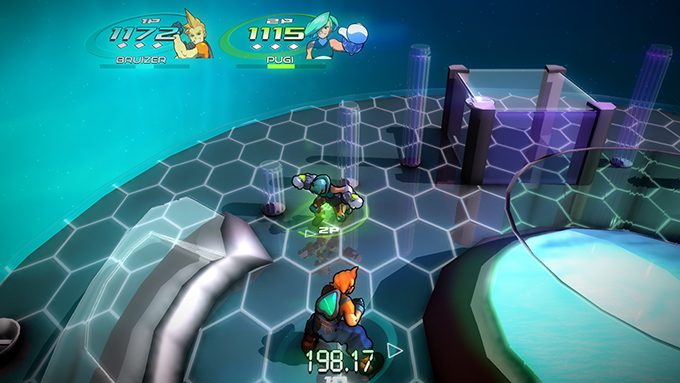 The dev team is not without a bit of pedigree either. Character designs are being handled by Rob “Robaato” Porter, a massively talented member of the UDON crew. Voice direction is being handled by the creator of animated web series TOME, Chris “Kirbopher” Niosi. And their voice actors are just as impressive; Curtis “Takahata101” Arnott of DragonBall Z Abridged fame, Michele Knotz from Street Fighter X Tekken‘s Alisa, and many more. The team is even hoping to reach a stretch goal to have Skullgirls creator, Alex “oh8” Ahad, contribute four additional character designs.

There’s just a bit more than a week left to help this game become a reality. Check out their campaign page, give the demo a try and show your support any way that you can.

Beard: Life Grows On may be an odd name for a game, but one look at the game’s Spelunky and Rogue Legacy aesthetics and you’ll realize that this is a game that could easily rise above the silliness of its name. Beard is a side-scrolling puzzle/platformer that separates itself from its forefathers by inhabiting its magical landscape with colorful characters who will treat you differently depending on how you play the game or interact with them. Befriend the fairies, rip off the alchemist, or insult the sagely Living Tree and you will find different quests and paths open or closed to you. But what about the beard, you ask? Well, this world is full of fruit-bearing trees. Eat of these fruits to unlock “magical Beard powers” that can enhance your platforming or puzzle-solving abilities. 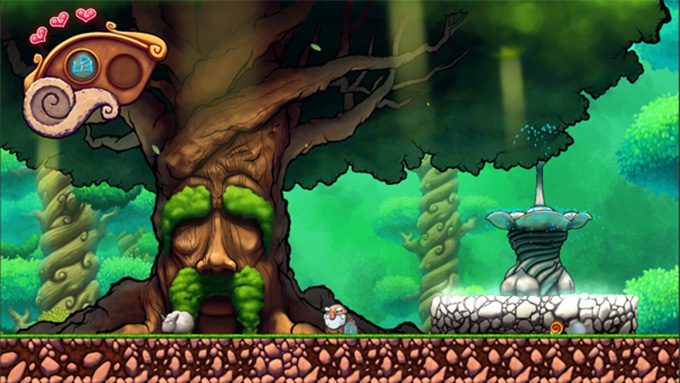 So, if you enjoy the procedural generation of Spelunky and the perma-death of Rogue Legacy, you should definitely give this campaign a look. While there is still a bit more than two weeks to go, this project needs a serious boost in funding if this (surprisingly beardless) dev team hopes to grow this Beard into something magnificent. 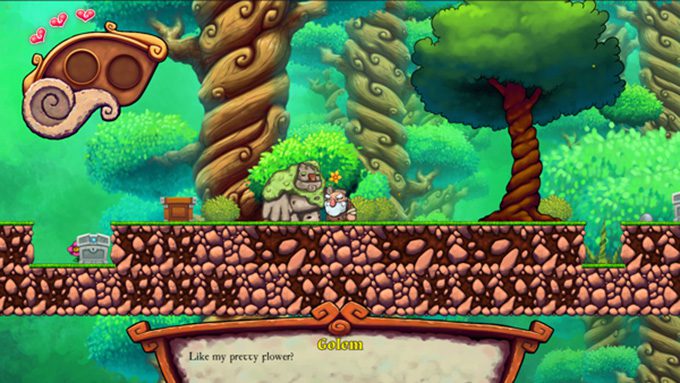 Beard Combat Core Kickstarter Through the Woods Tokyo Dark Unraveled
Add your voice!Join the conversation on Discord...
Join Our Discord