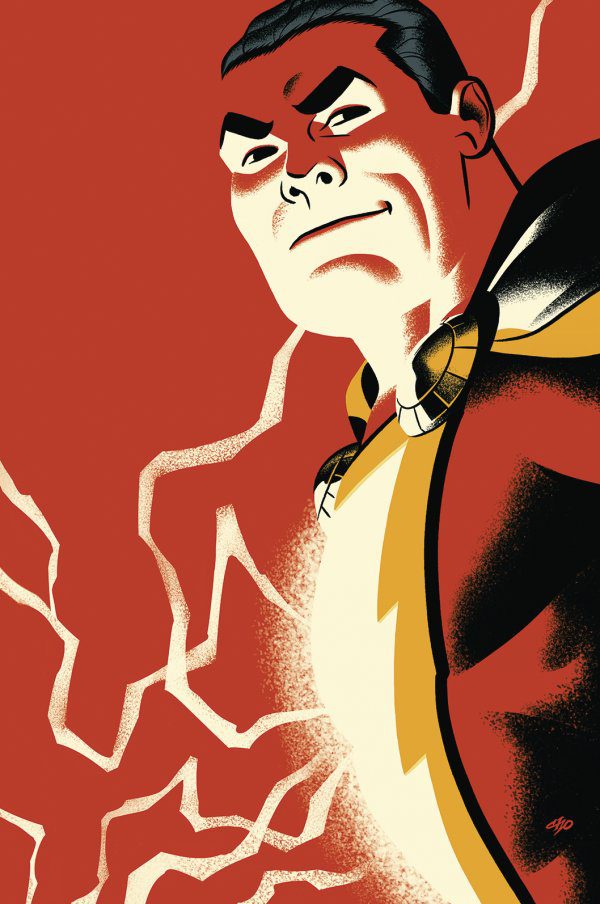 Shazam #3 is a wonderfully simple comic that begins to create deep lore for this new series. After the introductions in issue #1 and the subplot setups in issue #2, this issue focuses solely on the six members of the Shazam family. In doing so, writer Geoff Johns provides readers the first glimpses into the Magiclands realms of Funlands, Gamelands, and Wildlands. The concept of the seven Magiclands realms allows Johns and the Shazam creative team the freedom to embark of fantastical and whimsy-filled adventures. Without being bound to the reality of “earthlands” Johns can lean heavily into the magical and build his own lore around the world of Shazam.

But that creative framework is more of what is to come for this series, rather than anything realized in issue #3. This third issue serves to set the stage for future adventures without moving any of the existing plots too far forward. Readers do get more information on King Kid as he tells his own back story. King Kid’s turn and the evil clowns were predictable, but the conflict demonstrated how inexperienced Billy Batson and his foster siblings are with their superpowers. In the world of Earthlands brute force may work, but the team is quickly dispatched and separated when faced with experienced magic users. This lack of experience and teamwork will be an area of character growth for the Shazam teens. 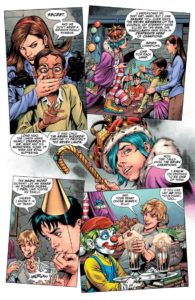 Eaglesham and Santucci stage the fight scenes well depicting both the confident swagger of the heroes and their struggle when outmatched. Mike Atiyeh colors really bring the world of Funlands to life. Atiyeh’s colors walk a line between Saturday morning cartoon and fairytale storybook. The initial introductions to other lands suggest that the art style is not shifting drastically, but the artistic team hopefully can make each world feel unique. Fortunately, Mayo Naito returns to draw that flashbacks capturing the same mixture of childhood and anime that Mary’s side story did at the end of the first issue. Naito’s art is a contrast to the rest of the book and is wonderfully distinct. The youthful art style is perfect for flashbacks and hopefully will continue for future flashback stories.

Shazam #3 is a simple story that sets up the second half of this initial story arc.  Johns uses this issue to build out his world around Shazam. This is important for the series, but as an individual issue, it lacks the emotion and character building of the first two issues. New readers would be better served to pick up either of the first two issues to find introductions to the characters. Returning readers will be ready to discover how lasting of an impact these magic lands will have for the series.