Showtime’s Shameless is The Joker’s Origin

The Joker was created by Bill Finger and artists Jerry Robinson and Bob Kane in Batman #1 in April of 1940. Since then, the maniacal clown’s past has been deliberately kept murky as well as multiple choice. In recent years, Cameron Monaghan has WOWED Gotham fans with his portrayal of the psychotic Jerome Valeska. Jerome has been depicted as a Proto-Joker on Fox’s ongoing origin story for the Dark Knight and his infamous rogue’s gallery, while Ryan from the O.C. tries not to lose another girlfriend to a madman. (Oops.)

With a proposed Joker origin movie in the works, everyone is jumping on the circus bandwagon to decide the definitive beginnings of possibly the greatest comic book villain of all time. While it’s still debatable if Jerome is the Joker, I believe Monaghan had been portraying the Joker long before he appeared on Gotham. Since 2011, Monaghan has appeared on ShowTime’s hit show “Shameless” as the multilayered and troubled youth, Ian Gallagher.

Monaghan said of his character Ian: “It’s one of those really intricate multi-layered characters, with all this inner struggle going on”. 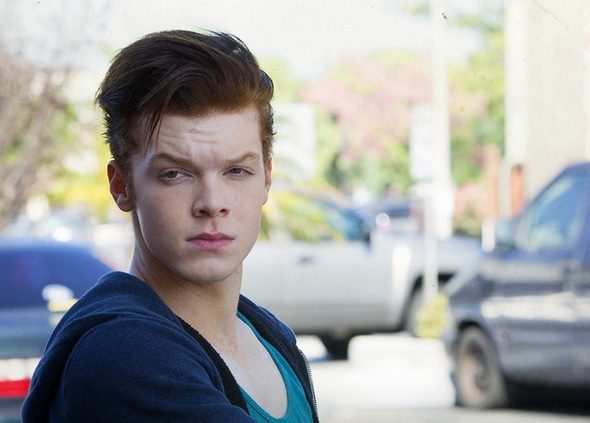 Long-term fans of the irreverent show may have spotted that Ian is a better candidate to become the Joker than even Jerome himself. Ian was born in the Chicago slums to the “care” of a deadbeat father, Frank Gallagher (William H. Macy), and an absent mother, Monica Gallagher (Chloe Webb). Ian’s parentage was later called into question when an affair with Frank’s brother was revealed. Ian’s mother (more on her later) carried a set of deadly genetics that she passed on like she was playing a game of Russian roulette to her offspring. Unfortunately, Ian drew the short straw in the gene pool. He was born with a serious case of bipolar disorder that manifested in his late teens. As a result, he was institutionalized after going on a wild driving spree across state lines with a Russian prostitute’s kidnapped baby riding shotgun. He was caught after he left his infant sidekick in a hot car while he went inside a strip club. The Joker would consider that a reasonably entertaining afternoon. Ian was caught and spent time in a mental facility so bland and mind-numbing that it felt like a practice run for Arkham. This very scene would fit perfectly in Joker’s origin story. 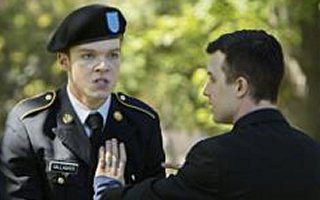 The similarities don’t stop with Ian’s mental state. The most famous, and arguably best depiction of the Joker came in 2008’s The Dark Knight featuring Heath Ledger in his Oscar-winning role. He stole our hearts and our pencils while playing the Joker in a fully realized fashion with ZERO clarity to his origins. Fans were left to speculate his past and many came to the conclusion that Ledger’s Joker was previously in the military. He showed extreme proficiency with munitions, explosions, and military-grade hardware. Despite his denial that he’s a man with a plan, his tactics in battle and heists required timing and precision that only the military could provide. It was likely he had been a career military man who suffered his injuries while in battle. He may have strived to be a war hero since he was a boy in high school taking ROTC classes. Say … I recall someone else obsessed with joining the military and ROTC. Ian Gallagher!

While in high school, Ian trained daily with the hopes of getting accepted to West Point Military Academy. It became his obsession. He worked his body to peak condition in anticipation of one day becoming an officer. Then he blows it. He loses his patience and becomes a criminal instead of putting in the work to reach his ultimate goal. He quits school altogether and steals his brother’s identity to enlist in the military. All the while, he’s encouraged by his mentally-ill mother who behaves exactly like an older version of none other than Harley Quinn. 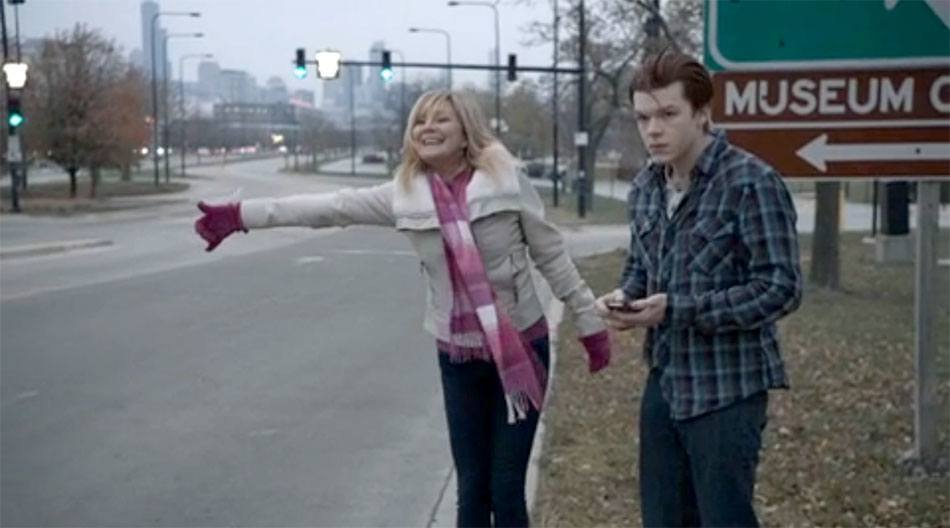 Hey, let’s talk about Joker’s fixation with Harley and how it could have stemmed from Ian’s mother. Monica Gallagher is exactly what Harley Quinn will be in her 50’s when her girlish charm has faded and all her best parts from Suicide Squad begin to sag. If the Joker grew up with a mother like Monica, it would perfectly explain why Mr. J was so attracted to the psychologist in a Joker Origins movie. Monica believed in quality time with her children and took Ian to his first gay bar. She later encouraged him to enlist illegally in the military and do anything to realize his dreams. This influence began the major downward spiral for Ian that turned him essentially into a career criminal set on a life of crime. 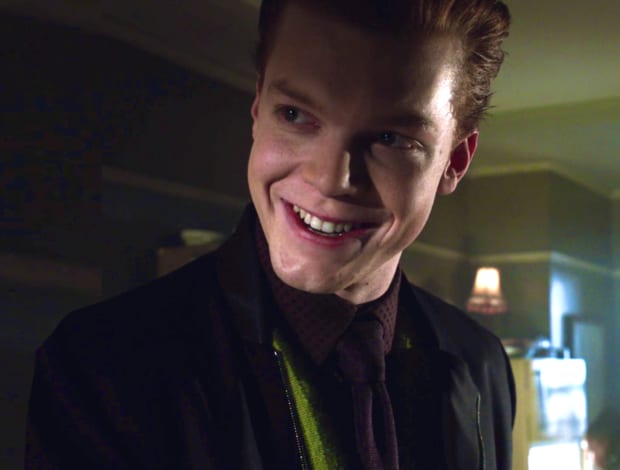 He steals his brother’s identity to join the Army only to abscond with a military helicopter during a mental breakdown. If that wasn’t enough, he went AWOL from the service and the military police began a manhunt across Chicago for him. Few teenagers could pull off that kind of unwanted attention from the federal government, but it’s an easy pill to swallow that the Joker did it in his youth. 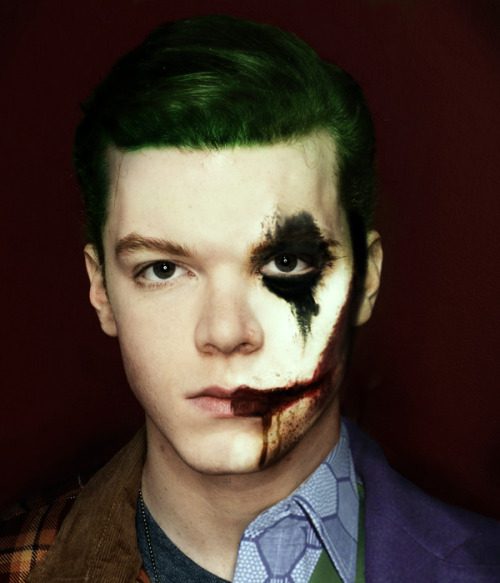 After spending some time sobering up, Ian moved on to a new career in the medical profession. He became an EMT working the back of an ambulance. This job made him a firsthand witness to horrible injuries and deaths in the line of duty. With his already fragile mental state, this could only accelerate his transformation from Ian Gallagher to Comic’s most iconic villain. His access to medicine, prescriptions, and other scientific equipment in his line of work could later help him innovate the Joker Venom formula. All that would take would be access to anesthesia, laughing gas, and a scalpel. These items are all readily available to Ian to deliver the perma-smile that has become so closely associated with the Joker. If this show has been one long con to bring the Joker to life then Shameless’ final season possibly ends with Ian carving smiles onto the faces of the entire Gallagher family.

So what do you think? Is Shameless on SHOWTIME actually a long-running Joker Origin story? Have we been watching the origins of the Clown Prince since 2011 without knowing it? Weigh in and comment with your thoughts. Sound off to me @JSandlinWriter, and check out my podcast #WhoWouldWin right here on the GWW Radio Network (https://media.zencast.fm/whowouldwin). My children’s book is currently available on Amazon as a fundraiser item for my son’s elementary school: https://www.amazon.com/Little-Wolfie-Riverhill-School-Sandlin/dp/1522073132/ref=sr_1_1?ie=UTF8&qid=1504062505&sr=8-1&keywords=little+wolfie+of+riverhill+school