Warning: Minor spoilers to follow for seasons one and two.

“Star Wars Rebels” is back! Well, it was only an hour movie event to increase the level of angst for the new season coming this fall. The first season of Rebels was small in scope because of its hyper-focus on the planet of Lothal. What this premiere, of sorts, did was raise the bar. (To use a cliche.) As soon as the Rebels returned to the planet, the Federation was there to cut them off and prevent the group from finding safe haven, anywhere. Even Ezra Bridger’s abandoned childhood home was uncovered and destroyed. Wait a minute. How did the Federation all of a sudden become so efficient? Answer is easy, if you saw the season one finale: Darth freakin’ Vader. And voiced by none other than the Dark Lord himself, James Earl Jones. 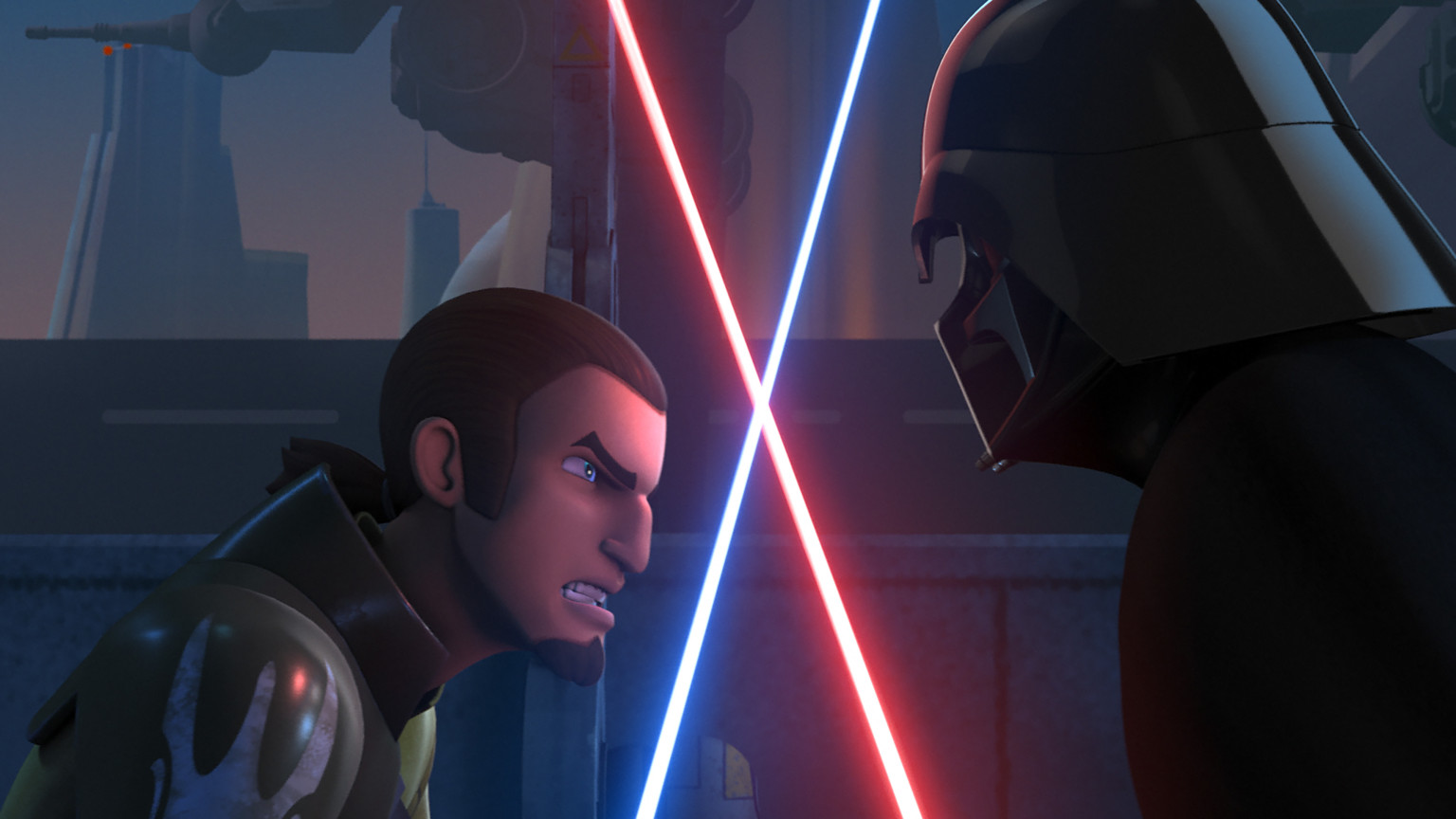 Poor Kanan. He doesn’t know he has no chance. Yet.

The trope in TV, and films to a certain extent, is to hide the big bad for a dramatic and emotional revel down the road. Not here. Call it service, or whatever. It was so awesome to see the menace and hear the original voice, no-less. And the iconic musical cue for Vader brings goosebumps for any fan of the Star Wars films. Or anyone for that matter. It’ll be interesting to see how much of him the show-runners actually use throughout the season when the show returns in just a few months. Other inquisitors have been hinted at, and maybe (hopefully) the return of Jason Issacs’ inquisitor, specifically. Although those are mere pawns to Vader’s game. He’s an enemy that neither Ezra or Kanan Jarrus seem up to the task of defeating. Obi-Wan Kenobi perhaps? He was name dropping by Vader himself…

There were, of course, other character moments throughout the premiere dealing with the Rebels, who are still very much the main focus, which is welcome knowledge because they are the core that makes this show work so well. Now being surrounded by the likes of Vader and Ahsoka, a veteran of “Star Wars: The Clone Wars” series. Rebels should no longer be looked as expired fodder, but instead viable Star Wars canon. (This coming from someone who’s never been that into the space opera franchise.)

Haven’t spoiled all too much here, so why start now at this point of the review? There’s time being generously provided by the people running the show. It’s summer time. Meaning, there’s plenty of time to catch-up. Go watch some Rebels!

For more on “Star Wars Rebels,” read what Simon Kinberg and Dave Filoni told to “Comic Book Resources” in a recent interview and watch the trailer to season two below.

Have you seen this:
Indiana Jones 5 hunts for young supporting actor