Sinestro Year of the Villain #1 (Review) 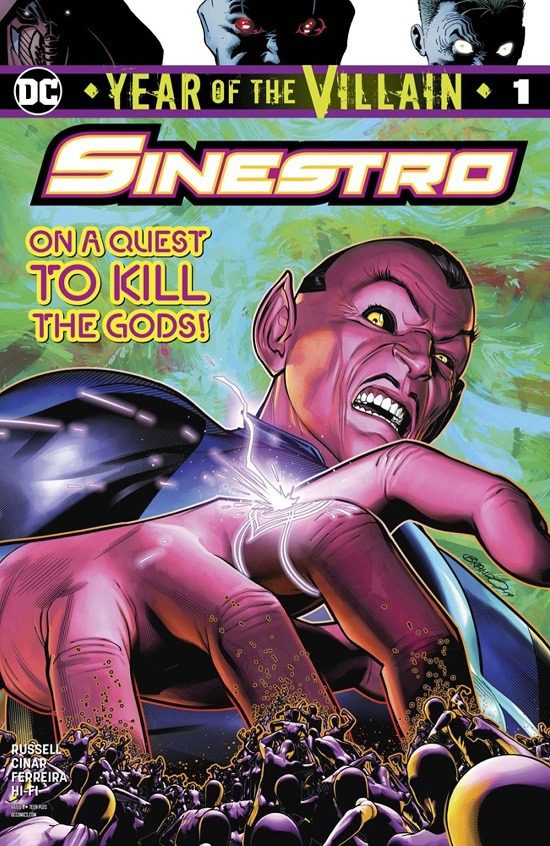 Sinestro has been dispatched to deal with a growing threat to Lex’s plan on a distant planet. Once he observes the creatures laying waste to the planet in action, he tries to use force to stop them. Finding that they are able to regenerate from aby damage, Sinestro is left with a new mystery to solve.

It turns out that the large creatures destroying planets on their way to Earth are filled with microscopic humanoids who spend their entire life cycles maintaining the creatures they call the Paragons. Armed with this knowledge, Sinestro will find a new way to defeat this new enemy. A way that will require a different approach than a straight-on fight. One that will ultimately yield him leverage with Lex Luthor.

This was a really interesting and engaging issue. There are some great parallels in this story to power dynamics in society as well as societal structures in general. Mark Russell does a brilliant job of adding some intriguing philosophical questions into this narrative and it is entertaining to see how this story unfolds both for the characters and for the larger story to come with the inevitable conflict between Sinestro and Lex.

Cinar does an excellent job with the art in this issue. Everything is filled with detail and all of the action and characters leap off the page. Impressive story and visuals throughout.