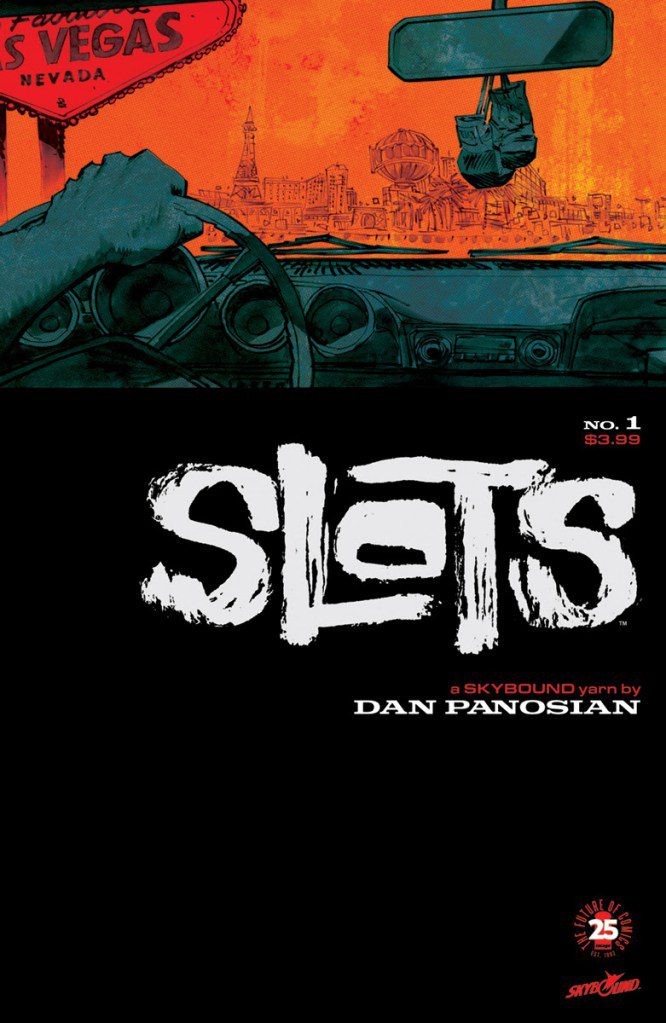 Story and Art By: Dan Panosian

Some stories work in any medium, Slots is one of those stories.  Dan Panosian’s characters would work in a film, serialized TV, novel, or comic. In fact, while some of the archetypes that Panosian introduces in this first issue feel familiar, the hints and allusions to a more complicated backstory make his characters engaging. Slots #1 fills the stage with morally gray characters and teases the reader with hints of family dynamics and failed life choices.

Panosian’s hard on their luck characters and Las Vegas setting may feel like a setup to a movie or Netflix series, and given Panosian’s experiences outside of comics, it is possible. Panosian introduces readers to Stanley Dance a hard-living former boxer who was run out of Vegas, but still, has connections to small-time club and casino 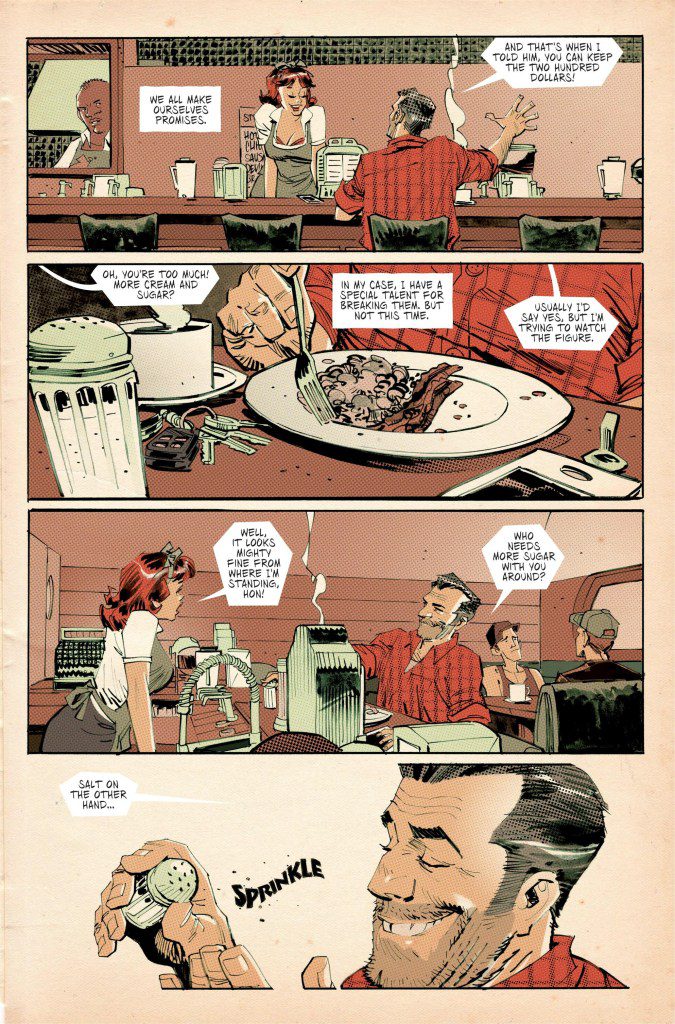 owners. Stanley Dance’s history is a mystery, but between a confrontation with his estranged son and unwelcomed tail, there is a lot for Panosian to unpack about his past. A challenge of initial issues is finding a balance between establishing characters and plot. Panosian strikes the right balance that propels readers through each setting and location while leaving teasing hooks and lingering questions for future issues.

A key reason that Slots succeeds as a comic is because of the unified vision of author, artist, and creator Dan Panosian. Panosian’s started as an inker, then artist and was present shortly after Image Comics started. The artwork in Slots creates a ruff, edgy world with a touch of dirt and grim earned from a life of living just over the edge. Panosian’s inking of the issue at times has a pop art feel that mixes modern and classic styles. This mix of modern and classic is reflected in the Vegas that Panosian creates away from the bright lights of corporate Vegas. Dance and the rest of Panoisan’s characters may reflect the hard life they lived, but they radiate a sense of humanity that makes them identifiable.

Slots #1 is a must-read for fans of human drama and the seedier side of existence. Slots will appeal to a wide audience and it deserves the will receive regardless of what medium these characters show up in.