It was recently announced that Sony Pictures has hired David S. Goyer (Blade, Batman Begins, Man of Steel) to direct and co-write their Masters of The Universe (He-Man) remake. A new live-action feature project that has been bouncing around different studios and was in various stages of development over the years.

Omega Underground has now learned that Sony is eyeing Masters of The Universe to begin filming around April. 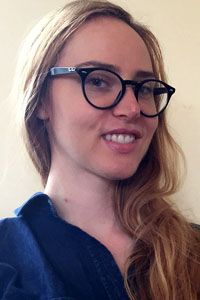 Up-and-coming studio screenwriter Lindsey Beer had been writing the most recent version of the script. Beer has been working on mostly bigger movies with Choas Walking, Godzilla vs Kong, and Barbie. She is also part of the Star Trek writer’s room for the Quentin Tarantino project.

A location hasn’t been named but we’re hearing Europe is a strong possibility to be the home base of the fantasy film production. Sony started branching out there recently with The Crow Reborn shooting in Budapest, Hungary.

We currently don’t have production dates for the film.

Have you seen this:
See What Pixar Has Dreamed Up for Disney+ and Theaters

Sony has given the fantasy film the release date of December 18th, 2019 but we expect it’ll move out of the way of Star Wars: Episode IX.