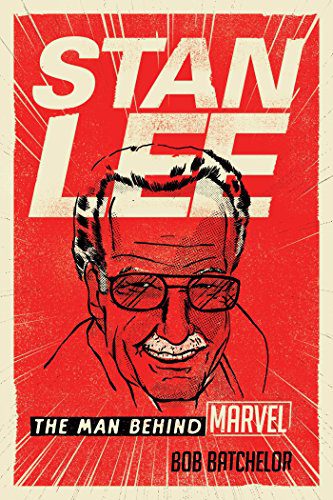 Cultural Historian, Bob Batchelor’s, unauthorized biography Stan Lee: The Man Behind Marvel, provided an intimate look into the life and times of the man who built Marvel comics and inspired generations of artists and writers. Aside from creating epic superheroes and astonishing tales, Batchelor delved into the profound way Stan Lee changed the culture itself by challenging the public’s perception of tawdry comic magazines in the 1960s. Readers will love this book even if they know the outcome of Stan’s story. The thrill of this biography is not in Lee’s triumphs but in following the Voice of Marvel through decades of doubts, frustrations, and professional dissatisfaction before he achieved his status as an American icon.

Batchelor took readers back in time with a highly descriptive style that would be at home in a novel. A meticulously researched and fact-filled account accompanied Batchelor’s breezy writing to analyze comic’s greatest bard. Many comic book fans would claim to be well familiar with Stan Lee; few of the True Believers, however, have ever met young Stanley Lieber. The book immediately pulled the reader in with a prologue of a familiar anecdote. Stan Lee struggled in his writing job with a lack of creativity and ideas. It was thrilling to see an early appearance by his wife, Joanie, who recently passed away in July of this year. Joanie famously encouraged Stan to damn the odds and write a comic book the way HE wanted to. The rest is, as they say, history.

Batchelor went on to fill in the blanks of history in an approachable and informative manner. It was clear he put a great effort into acquiring the multiple sources he cited regularly in the Chicago style. Moreover, this book would be a blessing for anyone seeking a secondary academic source on comics or the history of Stan Lee.

The book began with the bleak conditions of Stan’s upbringing to a father who suffered from “chronic unemployment” and a mother who sought to shield her bright son from the constant strife of near destitution. It was shocking to learn that Stan Lee’s constant cheery disposition as an adult was rooted in a childhood of stress and poverty. The Lieber family were Romanian Jews driven from their homes by terror campaigns. After arriving in America they struggled to survive in a Post-Depression landscape.

When Stanley Lieber turned into Stan Lee at Marvel, the Lieber family life explained his tendency to stay planted in a job even when he felt unfulfilled. His father’s bouts with depression over unemployment kept Lee chained to Marvel’s parent company even when he hated his job. Readers will be shocked to learn that Stan Lee, for decades, was ashamed to write comics. He never felt a passion for his craft until he created the Fantastic Four. Lee even stayed employed with Marvel when the comic book industry was booming. He felt a steady job was more important even if he could have potentially found lucrative paychecks writing in the bullpens for arch-nemesis, DC. It is both amazing AND spectacular to consider there may be an alternate timeline where Stan Lee’s father remained gainfully employed and Stan Lee spent decades writing Batman and Superman for DC Comics. 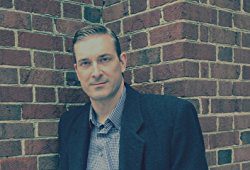 Whether a reader is a comic historian or just a big fan, Stan Lee: The Man Behind Marvel is chock-full of a thrilling narrative, stories, and little-known trivia in the life of Stan Lee. The book does touch on certain controversial issues, like Stan’s relationships with Dikto and fall-outs with Jack Kirby. Readers looking for drama may accuse Batchelor of skirting some of the gray areas of Lee’s business practices and accusations of unethical practices. Batchelor does not shy away from these issues but does not indulge the rumor mills of backlogged Internet comments either. There are enough facts to support the biography without dipping into idle speculation as it is. Stan Lee: The Man Behind Marvel is available on Amazon in paperback or e-book and is a must-read for comic readers and historians. Pick it up today!