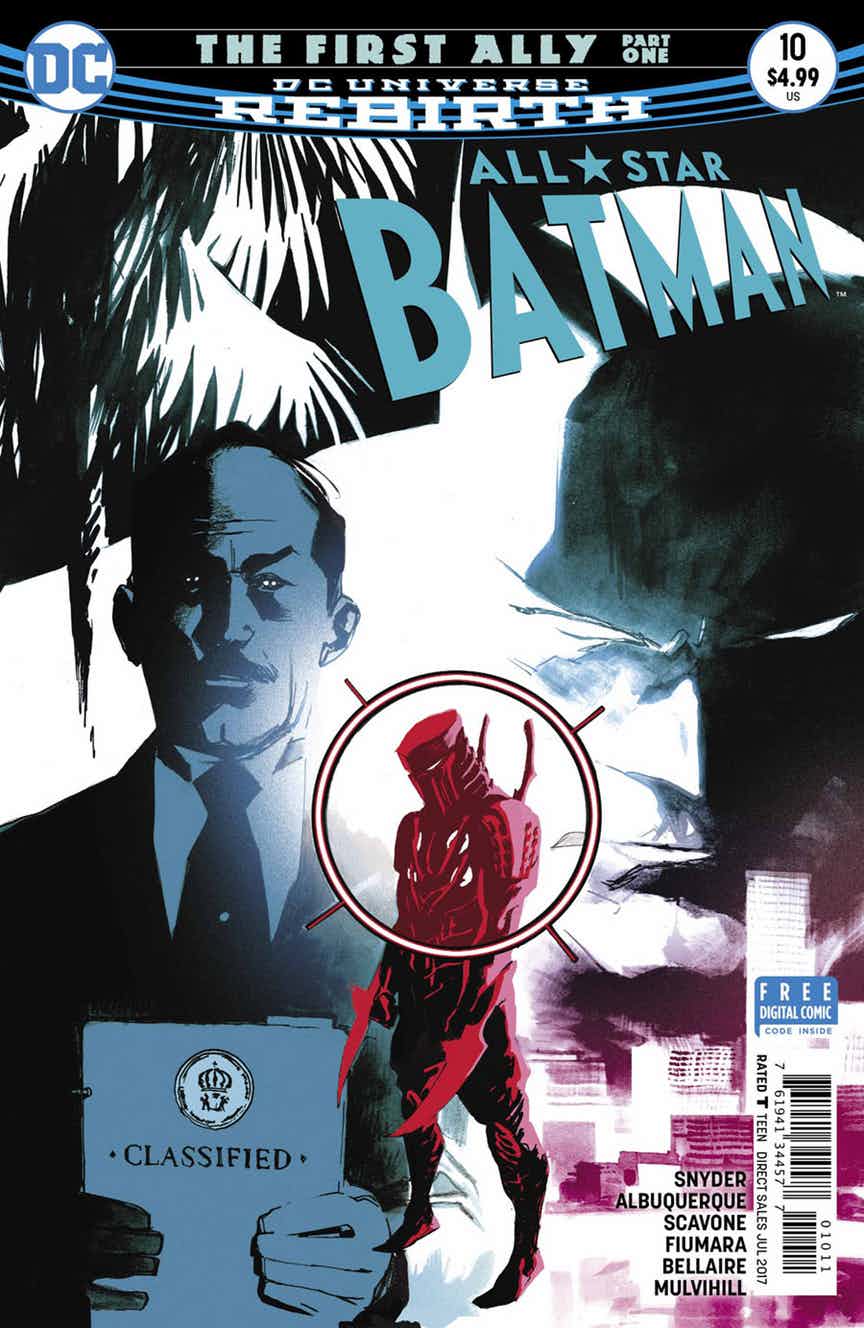 All-Star Batman #10 ignites a new story arc, with a new side story in the back third, and a new illustrator. What remains constant is Scott Snyder’s affectionate and gripping take on the titular hero.

In terms of delivery, this new arc is the most straightforward of them all so far. It’s still told with multiple timelines out of sequence like the first arc with Two-Face, but it’s not nearly as mysterious as the Ends of the Earth storyline that just wrapped up. If you missed the promo material leading up to this release, you’ll still be in the dark enough to enjoy the unique twist at the end, even if it’s somewhat telegraphed throughout the issue. Snyder built this line of All-Star-titled comics to work with subjects and villains that 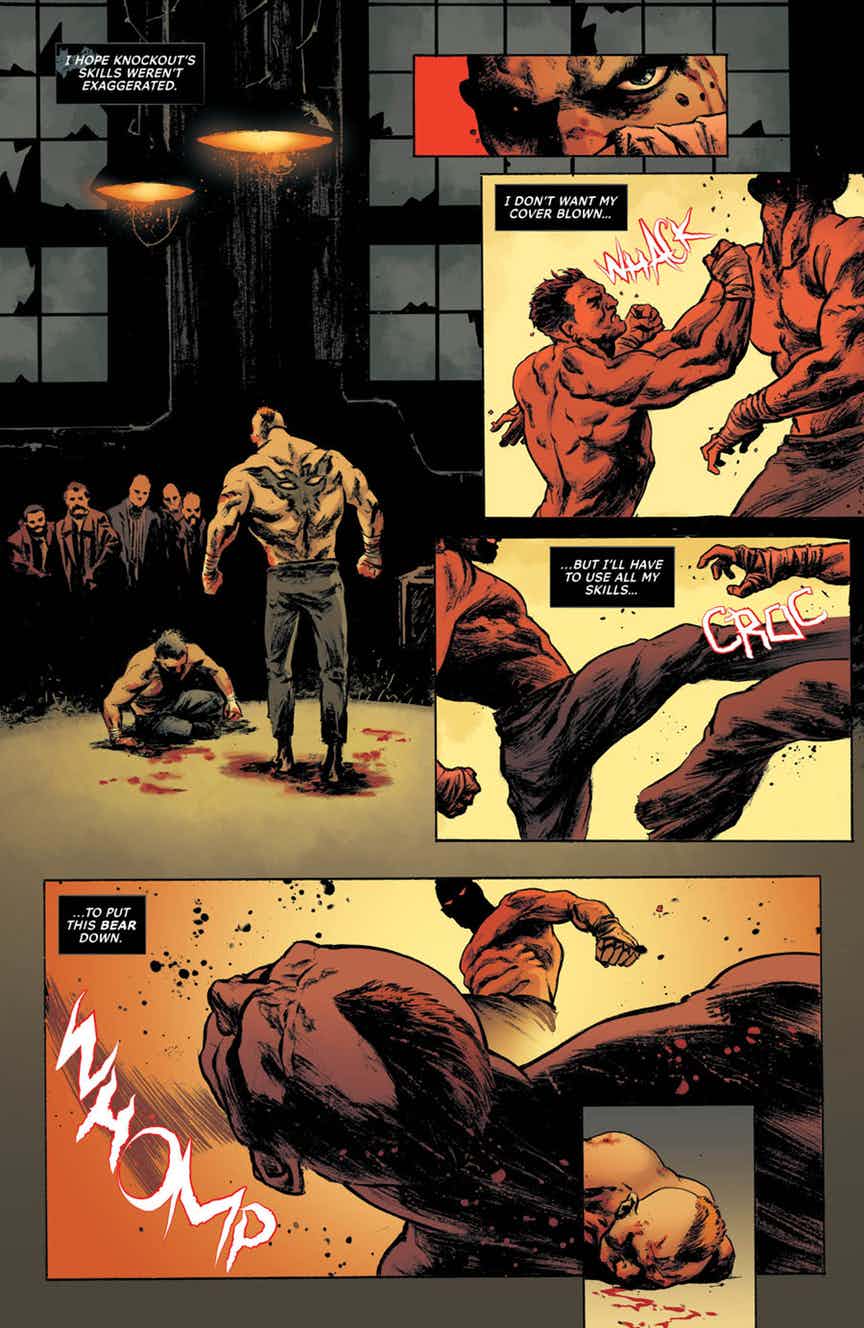 aren’t often as seen as some others, or at least to repaint them in interesting ways. Issue #10 delivers on that premise more than any that came before it so far. The whole run has been hard-charging, fast in its pacing. This latest issue continues that way but stops for several awesome character moments along the way that feel weighty.

More than any other this issue really amplifies the new direction Snyder is going in with All-Star, but that won’t be clear until the end of the 24 or so pages, most likely. His focus on both a villain and ally seldom spotlighted is yet another way Snyder is keeping things fresh, now many years into his overall body of work with the Bat.

Following that main plot is a new secondary story with the Duke mini-arc having concluded last month too. I have few thoughts on that one so far as I can’t quite see where it’s going. Of the two artists, the main story artist is much darker. It feels more like a Vertigo-branded book than DC, but then again this whole All-Star run has featured that attribute. All in all, it’s another strong month for the team behind All-Star Batman. It’s getting comfortable expecting a great issue each month and we may have to wonder — can it always be so much fun?