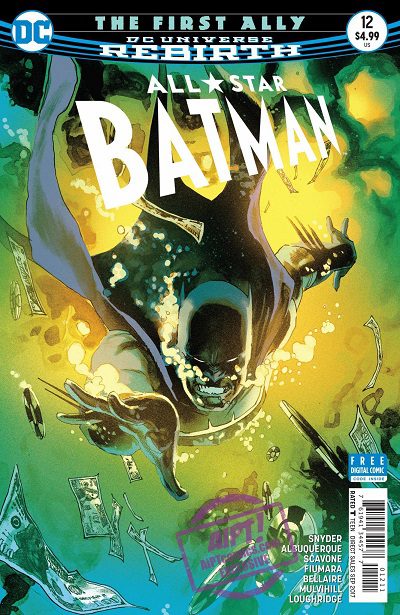 All-Star Batman’s latest arc has had me all over the place with regards to how I’ve received it thus far, but I think Snyder has begun to corral my appreciation permanently. Maybe I shouldn’t have doubted that as I historically have loved his work with Batman, but it’s been a bit up and down so far between me and The First Ally. Issue #12 seems to course-correct, most importantly, because of its strong thematic material that really trounces the somewhat still troubling main plot.

I’m getting used to seeing Alfred doing action hero things at his age. It’s not his first time, I know that, but whenever he’s knee deep in assisting Batman in the 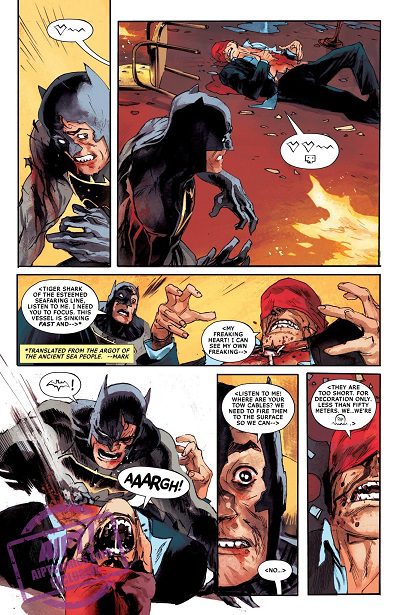 field rather than safely from the Batcave I find it hard to suspend my disbelief. His flashback scenes, however, have never been stronger than they are in this issue. His and his mentor’s relationship is meant to display obvious parallels to that of his and Bruce’s and it ties it together in a very satisfying way. Seeing Alfred in his earlier days is a strangely unexplored area of the Batman’s long history, and that’s really strange given just how old the IP is. Snyder surely didn’t take this task lightly, and he’s doing an admirable job. I think he would maybe agree he can see why it had hardly been done before. Not all of the story that sounds good actually translates well to this medium.

I think this story would actually be strongest without the main Batman plot. If we were only getting the Alfred flashbacks, the modern day ties would still be evident and fun to catch, but the story would feel more cohesive. Then again, with a villain reveal evidently coming next month, I really have a hard time doubting that Snyder and the team won’t wrap it up in a smart and exciting way. Those parallels between young Alfred and current Alfred will likely play an important role in whatever issue #13 brings us, and then once again I’ll maybe change my tune. But if I’m singing all these different proverbial songs with this arc, I feel that means the “album” isn’t so consistent.