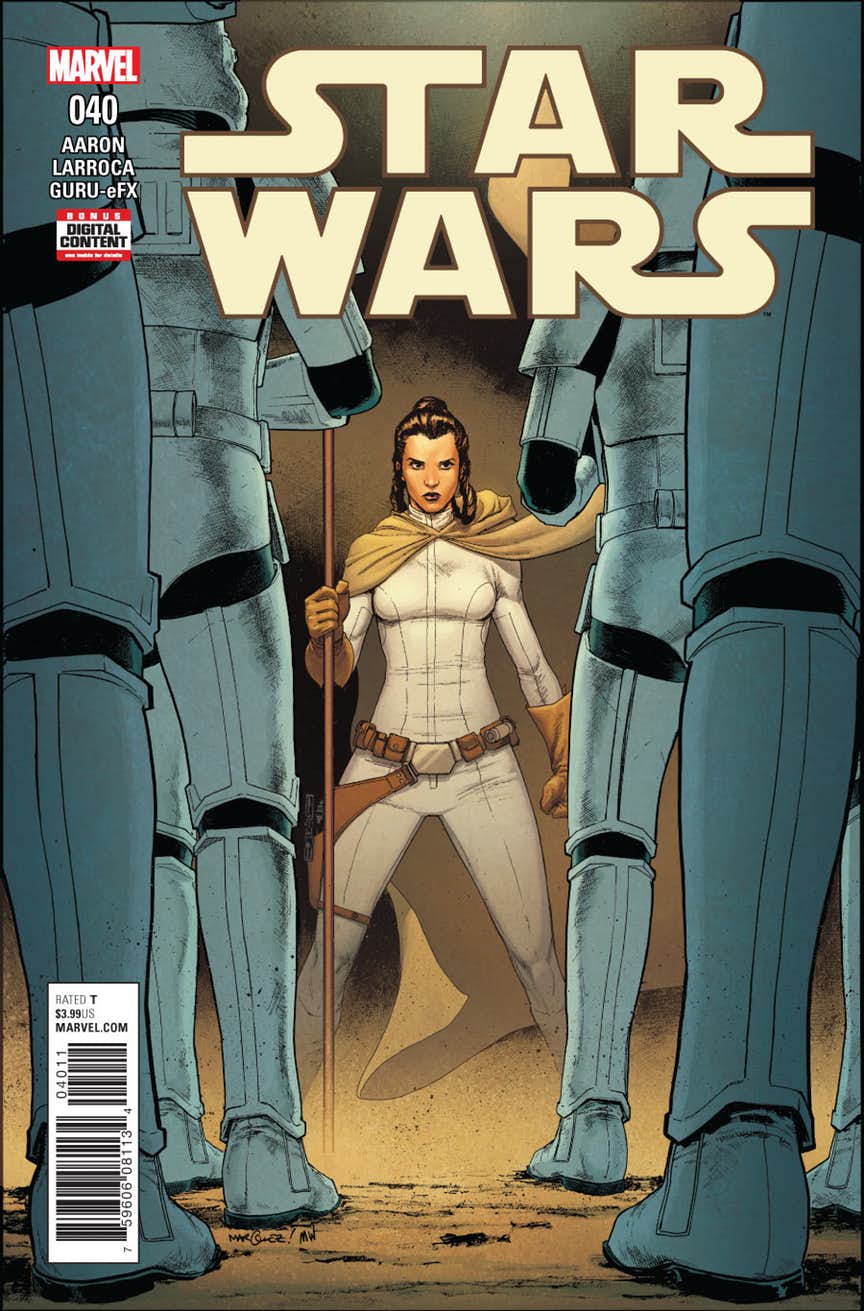 This is a big week for Star Wars. The release of The Last Jedi creates interest in pop culture and major media outlets. Marvel’s Star Wars series is poised to take advantage of that with their ongoing comics set in the Star Wars universe. Unfortunately, as new readers look to the comic shelves for more Star Wars content, what they will find is issue #40. While this issue is an acceptable middle chapter to Kieron Gillen’s first arc, it is not a great starting point for new readers. It serves as setup for the second half of the story arc and misses the opportunity timed with the release of The Last Jedi.

Marvel’s Star Wars main series has been solid over the last few years and has done well with developing Luke, Leia, and Han along with a widening cast of characters. The challenge most writers have faced with stories set between episode IV and V is creating engaging situations even though the readers know where the characters end up. Gillen took that challenge as the writer of Darth Vader and created a growing cast of characters, including Doctor Aphra who now has her own series. 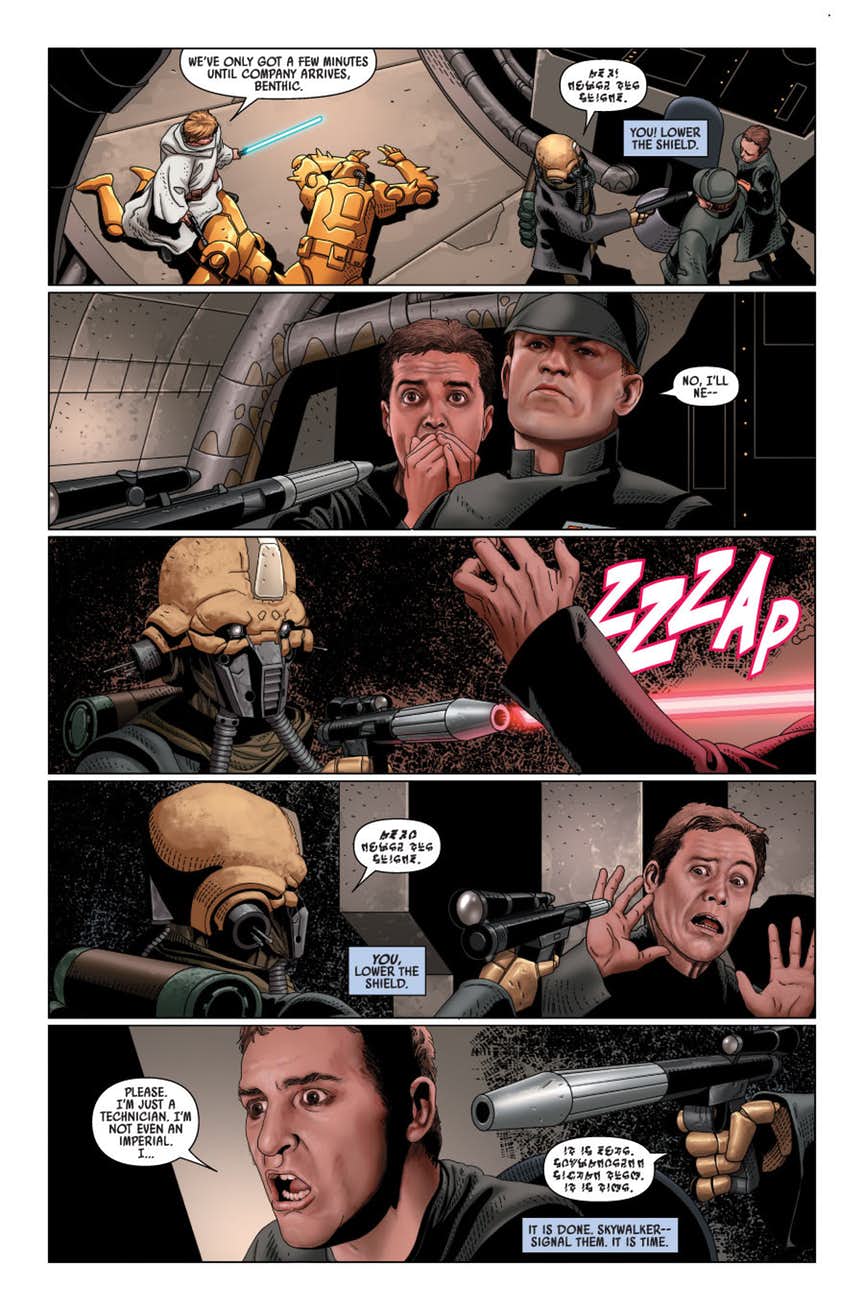 There is less creative freedom when dealing with the big three, but Gillen still creates moments in this issue for character development. The interaction and argument between Leia and Luke is the highlight of this issue. Leia is hardened Senator and resistance fighter and Luke is a young adult dreaming of adventure. The current Star Wars series takes place at a point when relationships are still developing. Luke is looking to defeat Vader and become a Jedi. Leia is fighting for political freedom. Gillen sets these motivations in conflict with each other and builds tension that may reverberate over the rest of this arc.

Artist Salvador Larroca’s depiction of the Death Star ravaged planet of Jedha is atmospheric and haunting. Sandstorms, thunderstorms, and a damaged environment reflect the impact of the Death Star blast depicted in Rogue One. In an issue light on story, Larroca’s art brings spectacle to the action. Outside of the action, the photo-realistic faces of Luke, Leia, and Han capture the screen presence, but they create a juxtaposition to the more traditional artwork of the clothing and bodies the faces are connected to.

Star Wars #40 is big on atmosphere and limited in character development. Gillen’s use of conflict between Luke and Leia demonstrates an understanding of where each character is in their story arcs and hints at more to come.