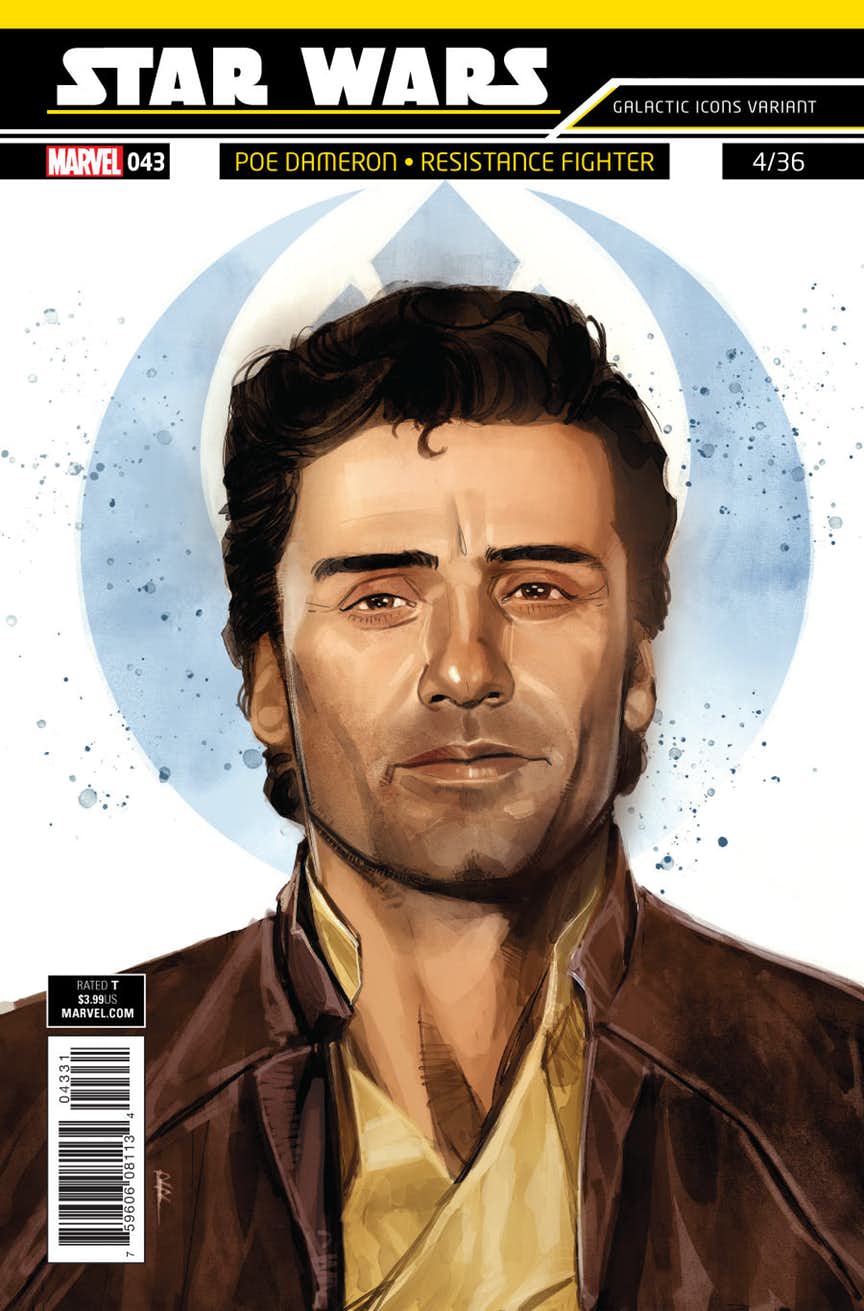 Writer Kieron Gillen’s Jedha storyline comes to a close with a rushed finale that delivers on story progression but fails in pacing. Gillen attempted to make this story arc fit the mold of a traditional Star Wars tale by providing multiple side stories for character development culminating in a climactic battle against a giant machine. As a story outline, it sounds promising: our heroes return to the ruined planet of Jedha after the Empire used the Death Star’s destructive power and find the Empire strip-mining the planet. In order to stop them, the Rebels must team up with the local partisans, make new allies, and discover their own commitment to defeating the Empire. Gillen’s story had the making of an epic adventure, but over the course of the last five issues, the pacing and plot dragged the potential of this series down time and again.

In this final chapter, the story outline again sounds exciting with Princess Leia facing off against an evil queen, Luke Skywalker getting a chance to use his 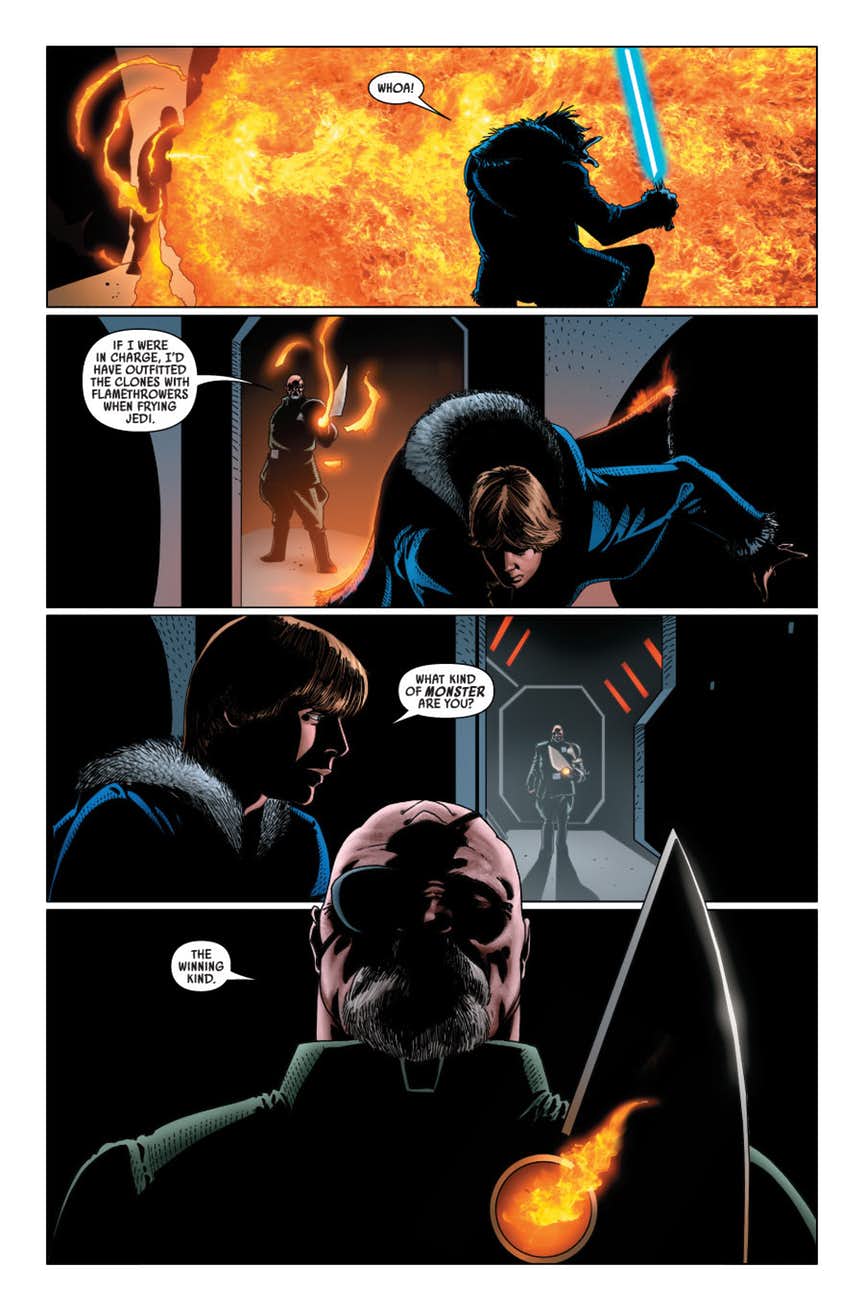 lightsaber, and Han Solo leading an attack against the odds. But the pacing fails to deliver as the pacing feels rushed and actions that are essential to the plot are skipped over and assumed. For a story arc that spent the middle two issues slowly dragging forward, this rushed finale reduces the emotional impact of the events. Gaining control over the imposing continent size machine is glossed over and the only challenge faced by the team comes during the escape. After multiple issues of building this new threat, it is dispensed quickly and without complications.

As stand-alone story beats, issue #42 is successful. Leia’s confrontation with Queen Trios creates new layers to the character Gillen created in the pages of Darth Vader and implies more interactions with the Queen for future stories. Luke’s battle is a realistic assessment of his lightsaber skills. He may hold a lightsaber but he lacks knowledge and confidence. Luke is able to fight using his experiences as a farm boy, not as a jedi.

Have you seen this:
THE WITCHER: WITCH`S LAMENT #4 (REVIEW)

Salvador Larroca’s artwork here retains that cinematic look of some of the character’s faces. This works well in close-ups and action shots, but in profile panels, the faces resort back to comic illustrations. The back an forth of these styles reduces the visual impact of the title. The panels that depict the planet of Jedha are striking and remind readers of the planet’s destruction. While the artwork is mixed it works well in the dialog-heavy moments of this issue.

Gillen’s drawn out and disappointing Jedha tale comes to a close with Star Wars #43, an enjoyable single issue weighed down by a poorly paced story arc.