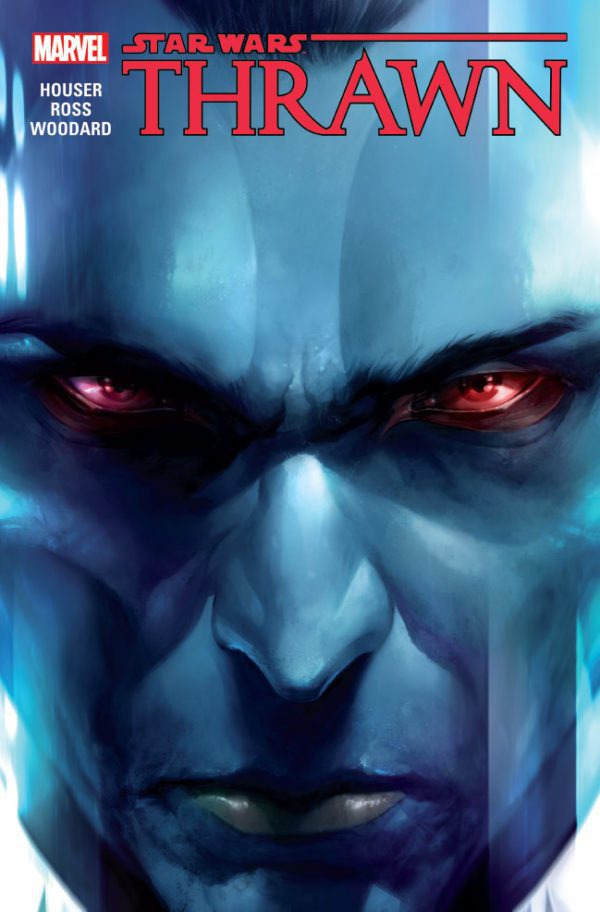 Written by: Jody Houser
Art and Colors by: Luke Ross and Nolan Woodard
Based on the novel by Timothy Zahn

The tight nine paneled pages that open this issue instantly recall the layout and pacing of Star Wars comics early in the Dark Horse era. Luke Ross’ artwork and Nolan Woodard colors evoke that same mid 90`s style. All of which sets a perfect tone for a character who was created during that time period. A character who grew into a fan favorite and was even brought back into cannon after the Disney era purge. Mitth’raw’nuruodo, Thrawn, is an imposing character that has appeared in books, games, cartoons, and comics before but only while he is an agent of the Empire. Here readers are treated with the comic adaptation of Timothy Zahn’s 2017 novel of the same name.

Writer Jody Houser is tasked with adapting the novel into this comic miniseries. While any novel to comic adaption leaves details on the cutting room floor, Houser creates an engaging and cohesive narrative that plays to the strengths of the medium. Houser and artist Luke Ross deliberately frame each panel to capture content and context that was previously conveyed through text. Close-up panels, body language, and perspective shifts all work to convey personality, emotion, and meaning.  The book may describe a scene, but the comic can choose the angle, lighting, and perspective to evoke additional meaning. 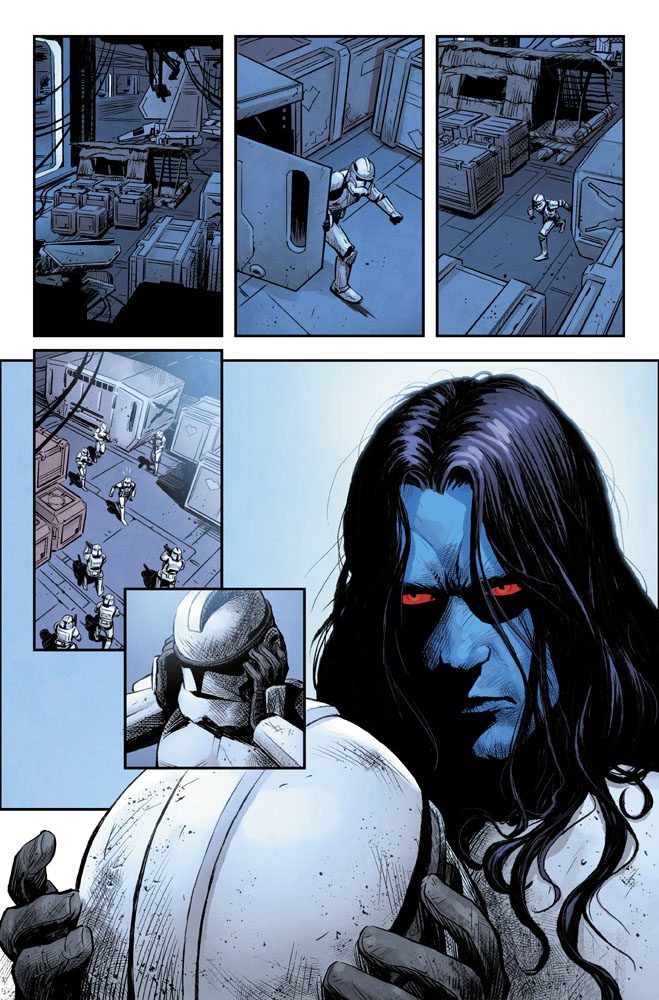 Thrawn #1 succeeds in using the medium to connect readers to this character and to the world of the Empire. Thrawn is accessible for new readers or those only aware of the character through the Rebels cartoon. Houser rolls out Thrawn’s character gently and reveals new layers and calculations after each interaction. The academy training montage serves as a way to progress through the original novel’s content while depicting events that demonstrate Thrawn’s plotting logic. Houser’s script and pacing infer a sense of plotting and logic into the early scenes and interactions which allows readers familiar with the character to gain additional insight.

The pacing of this issue racing questions about how much content and story each issue of this miniseries will try to cover, but Houser has wisely settled on moments that articulate the larger themes and personalities of the characters. Zahn’s novel covers a lot of ground and if this issues’ quality continues, fans will enjoy (re)discovering what events are depicted.

Fans of the novel may long for the visual version of a favorite scene, but new readers will never feel lost or shortchanged in this adaptation. This series starts off strong by respecting Zahn’s original novel and uses the unique aspects of comics to stand on its own.