“This is the Triple-Zero protocol personality matrix. Had a few bugs. Twitchy coupling. Neurocybernetic glitches. Tendency to drain organics to collect their blood. That kind of thing.”
- Dr. Aphra

Shortly after the destruction of the Death Star, the Off-Beat Archaeologist, Dr. Aphra, traveled to Quarantine World III on behalf of Darth Vader. There she located an ancient artifact from the Old Republic known as the Triple 0 personality matrix.

Once installed inside a protocol droid, this OS could turn any docile servant into a killing machine. And it did! Triple 0 has been one of the most exciting characters in the new canon of Star Wars comics. 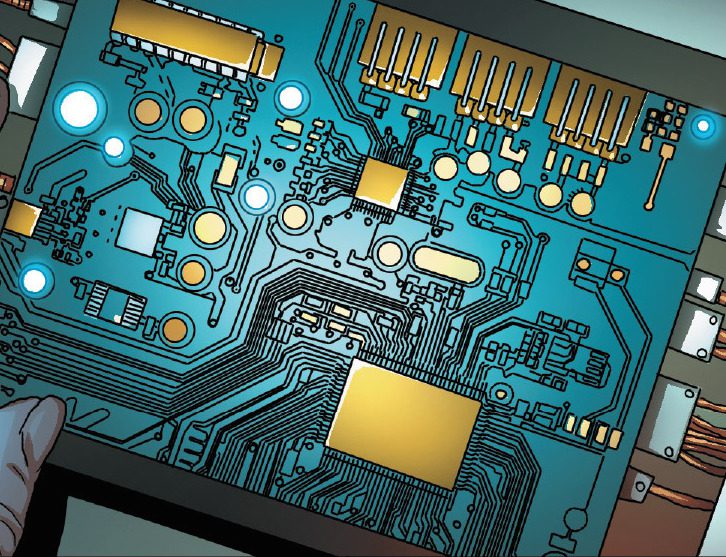 “Ah, better not shake hands, then. May route a fatal shock through my palm. Old habits die hard and all that. And in my experience they certainty die harder than most organics, ma’am.”
―Triple-Zero

Long-term Star Wars fans will note that Triple-0’s personality bears more than a passing resemblance to another droid. This character came from my favorite Star Wars Game: Knights of the Old Republic (2003). This classic took the saga back four thousand years before the events of Episode IV with a cast of eclectic characters.

One of which was another homicidal protocol droid known as HK-47.

Players could purchase HK-47 on the famed planet Tatooine. From there, he was required to speak the Sand People dialect in order to gain entry to the Tusken enclave. The player could choose to either deal peacefully or slaughter the entire tribe depending on their alignment.

Hk-47, of course, opted for the latter. The character was the Anti-C3P0 in every way possible. He craved violence, explosions, and carnage. Most notably, he looked down on human beings. He called humans “meat bags” and this became his catch phrase.

A catch phrase that, I might add, has been used regularly by Triple- Zero.

If my theory is correct, the OS inside of Triple-0 will be revealed as the SAME one inside of HK-47 thousands of years before. The events of Knights of the Old Republic have all been rendered Legends stories in the Star Wars canon. They no longer “happened” in the main story line. However, elements of those stories can, and have been, re-used at will. 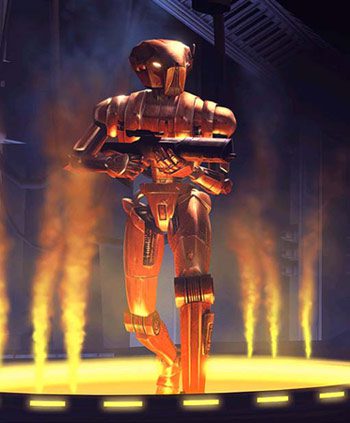 The biggest clues for the link between the two droids lies in their identical personality, outlooks, and use of the term “meat bags”. Finally, Triple-Zero talks with nostalgic glee about the days of the Old Republic. The clues are all there for this fascinating character to be re-introduced into the canon.

When it does happen, I believe the original HK-47’s body will be found and his matrix copied back inside. Once he has returned he will see Triple-0 and his devotion to Aphra as being “obsolete” and seek to annihilate the pretender. This was one of the sub-plots to the sequel, Knights of the Old Republic II, in which HK set out to destroy copies of himself that were ruining his good name and image throughout the galaxy.

If that story ever comes, I believe we will see a droid battle of epic proportions in which the only assurance is the death of many organic “meat bags”!