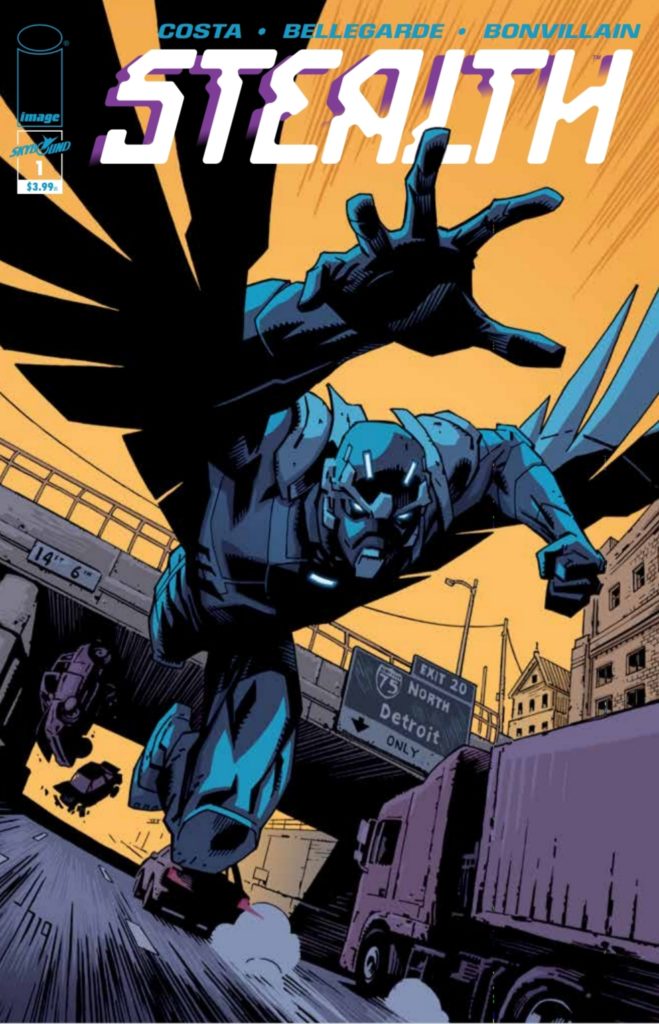 From the opening pages, Stealth Issue 1 leads me to believe it has no intention of staying true to it’s name. When I think stealth I think quiet, subtle and controlled. But this issue comes out swinging, presenting us with realism and relatability not often seen on comic shelves. 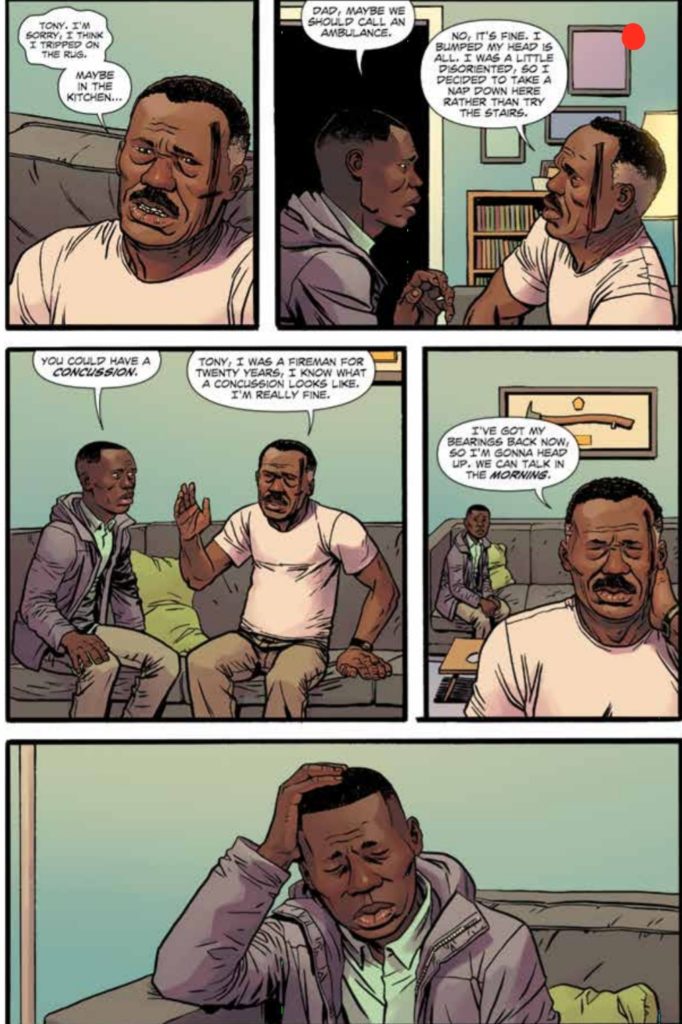 We open to an article discussing the city of Detroit. Tony, the author of the article has been tasked with a “cookie cutter” piece, a feel good article. Instead he finds his efforts frustrated as he reflects on the reality of his city. Writer Mike Costa brilliantly begins creating a parallel between Tony’s article and his problems at home.

Tony lives with his father who appears to be a normal older gentleman. Being advanced in age means Tony’s father struggles with his share of “senior” moments. Becoming disoriented or forgetting things is a part of growing older and while for most people it is unfortunate, for Tony’s dad it is a much bigger problem.

Tony’s father has a secret, he is the armored hero Stealth. I have no clue of his resume but clearly Stealth is recognizable to the citizens of Detroit. This is unfortunate given the current state of his mind. Those senior moments may be the indicators of other more severe issues. Dementia and Alzheimers are troubling and disrupting enough when you forget names and confusing faces. Imagine the potential dangers when combined with a super suit and you have premise presented in the opening of Stealth.

The art and coloring of Stealth help portray this story perfectly. The realistic appearances of Bellegrade’s artistry are showcased on each page. Alongside the coloring of Bonvillain this images and panels give the story a brutal and honest tone.

It’s not unheard of for the first issue of a comic to present a problem for the hero. Stealth #1 does that in a much different way. It asks the reader to consider the hero has become the problem. I am interested to see the ssues of pride and stubbornness play in the characters decisions. Image has snuck a social commentary into the pages of a comic…that’s the “stealthy” part.​

Image Stealth
Add your voice!Join the conversation on Discord...
Join Our Discord