THE STANDOFF BETWEEN VAMPIRE AND HUMAN COMES TO AN END 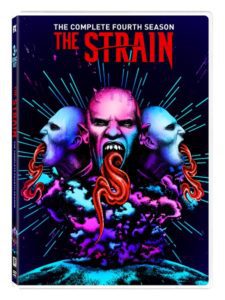 In the final 10 episodes of this terrifying series from the visionary minds of Guillermo del Toro, Carlton Cuse and Chuck Hogan, nuclear winter envelopes the planet and a desperate, weakened humanity — existing only as slave labor for “The Partnership” — is controlled by the bloodthirsty strigoi. Meanwhile, the sinister “Master” grooms Eph’s (Corey Stoll) son Zack (Max Charles) to rule the post-apocalyptic dystopia. With nothing left to lose, Eph and a tiny group of survivors plot to defeat The Master and save what’s left of humanity — and the planet — in this adrenaline-fueled adventure that culminates in one of the most shocking sequences in the groundbreaking series