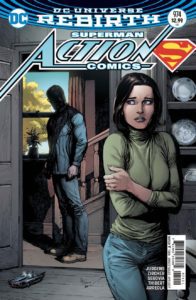 Superman comics can be world, galaxy, or dimension spanning in scope. Superman comics can also be terrestrial. Action Comics #973 and now #974 are focused on concerns and issues here on earth. Action Comics #974 takes place in multiple corners of the globe, but retains a personal connection to each story thread. Writer Dan Jurgens has three narrative plates spinning during this issue, and while there are moments that are wobbly he keeps them all up in the air.

An ongoing side story in the series since DC’s Rebirth is the existence of another Clark Kent. This Clark Kent appears to have similar memories to the real Clark, but has none of the super powers. It is not until issue #974, 17 issues later, that the cracks in this new Clark’s identity begin to show and it is Lois Lane that draws them out. During this story arc, Lois has been trying to figure out who this Clark is and it is Clark’s emotions for Lois that finally gets this fake Clark to crack. Jurgens set up this mystery well and even with this issue revealing a little more, no mysteries are answered yet.

Superman’s super hero actions here are limited, but his emotions and character are given the chance for action. Over in the pages of Superwoman, Lana Lang is dying and Steel has sought out Superman’s assistance. The panels in this issue are critical for readers of Superwoman and may get recapped in the series proper. Post DC’s Rebirth, the current Lana Lang is not the same Lana that Superman grew up with, but Superman puts the security of his own Fortress of Solitude at risk to help save her. Jurgens spins one more plot point with a threat to one of Superman’s fortresses, while again little is revealed, the actions could set up conflicts for a number of story arcs. 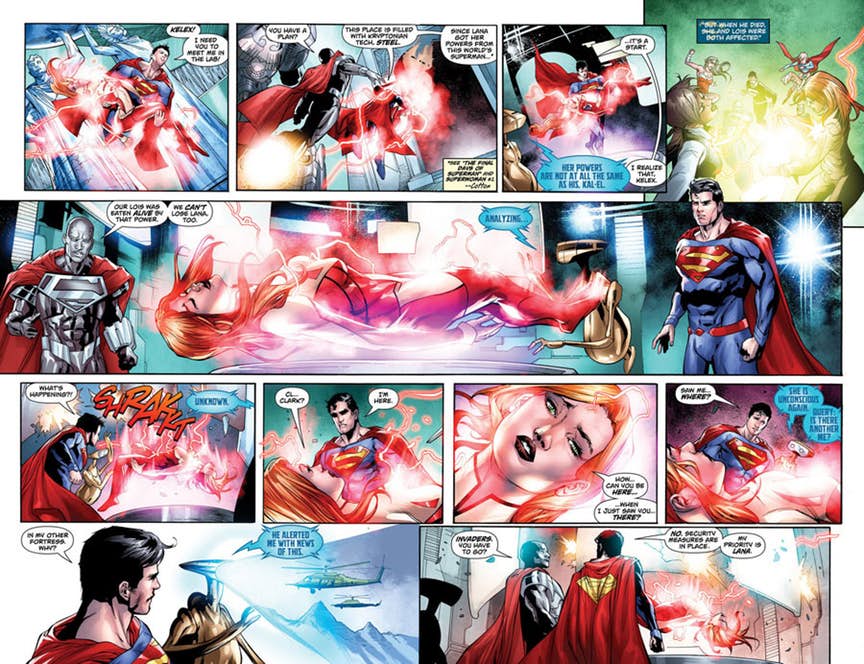 Finally, the art on this arc really stands out. The inks by Patch Zirker and Art Thibert and the colors by Ulises Arreola really stand out. The art direction really lets each setting stand out. The panels in the Fortress glow and feel magical. The panels involving mystery around Clark and Lois take on both a hard boiled detective tone and also a romantic comedy hue as the setting calls for it. The artistic team really makes the drawings of Patch Zirker and Stephen Segovia come alive.

Have you seen this:
Arietta of Spirits (REview)

Jurgens is a long time Superman writer and has a great grasp of what makes Superman a super man. After the galaxy spanning last arc, Jurgens returns to Superman the man and develops a caring narrative. His ongoing story with Lois and fake Clark finally starts to pull back the curtain on the mystery and promises some surprises. Both plots move readers forward and make the wait for the next issue difficult.