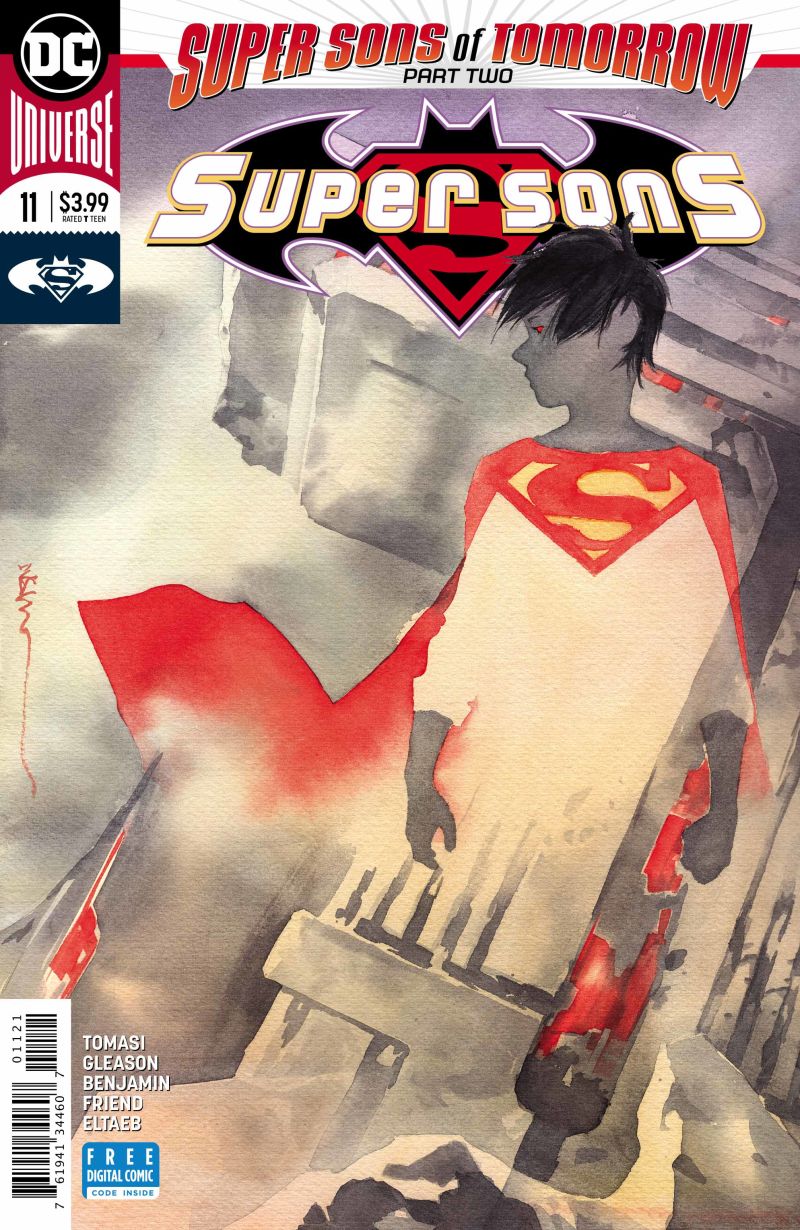 The Batman of Tomorrow has returned to the present and the future version of Tim Drake isn’t interested in killing Batwoman anymore. This time his target is someone much more powerful. As hypertime tries desperately to bring the wayward Tim back home, his resolve to complete his mission only intensifies and he springs into action. He’s broken into the Kent family apartment in Metropolis looking for Jon and encounters Lois, who he knocks out before moving on.

Meantime, Damien and the rest of the Teen Titans are in the middle of a battle in front of the UN building. A team of assassins calling themselves The Hangmen take the advantage and only the intervention of Superboy keeps the bad guys from taking out the delegates and the Titans. Back at Titans Tower, 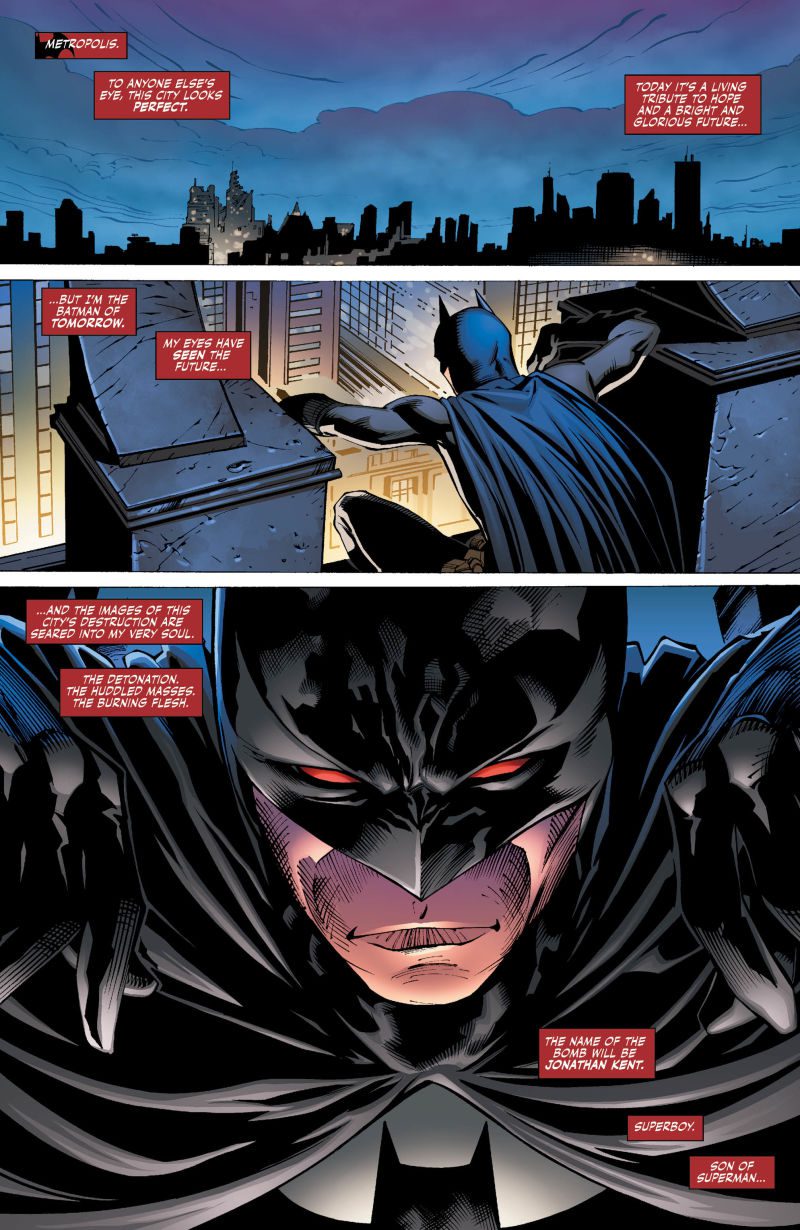 both the team and Jon lay into Damien about the fact that he lied to Superboy about bringing him on a mission. At that moment, Batman of Tomorrow takes over the tower’s systems and tries to subdue Jon, causing a problem that forces Superboy to try and get as far as he can away without hurting anyone. Meanwhile, another group is tracking the wayward Tim Drake and have decided to intervene.

I continue to be impressed with Super Sons both as a concept and an ongoing story. Tomasi has really captured a great spirit in writing these characters and the dynamic he brings to them is impressive and worth reading. The art works well and Benjamin really captures a lighter tone in many of the panels that work with the dark tone of the narrative.