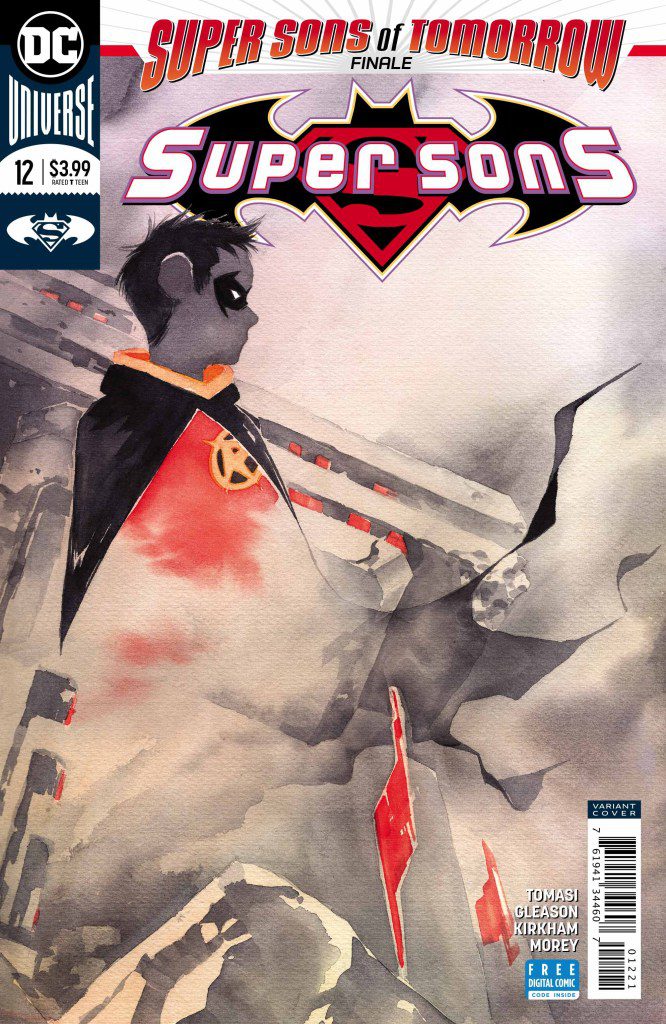 Future Tim Drake seems to have finally found his purpose and it is hurtling him through space, time and dimensions familiar to DC Comics fans. I like that there are glimpses of Crisis on Infinite Earths, Metal, Identity Crisis, Flashpoint and Death of the Family in the first splash page. It adds a level of symmetry to the rest of the story. As everyone marvels at what just happened, Damian and the others continue to seek answers. Fortunately, the heroes assembled tell them that they have to get to those answers on their own. 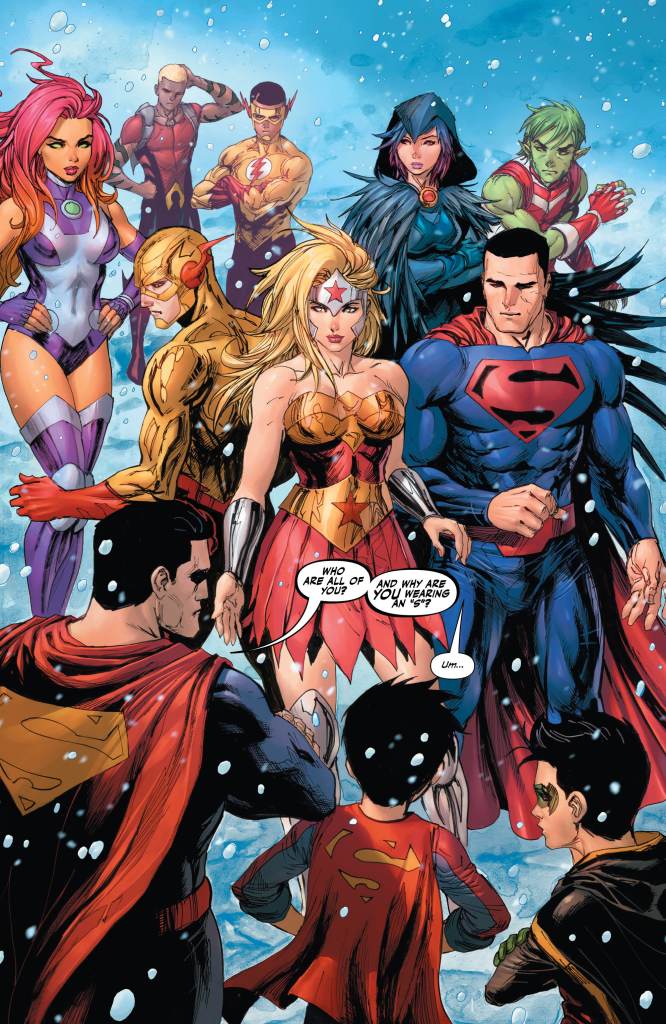 angry and berate Wally about the potential damage to time he could have caused. At Wayne Manor, Alfred seems to have forgotten the events that just happened and the beating that Bruce took at the hands of future Tim. Clark, on the other hand, is thinking about the current partnership and what it might mean to the future.

As the Titans are transported to a temporary base, the team must make a decision about their future and air some grievances that have been buried. All of this leads to something unfortunate for Jon, but reinforces the bond the two boys have established.

The themes that have worked so far in this book continue in this issue. I like the fact that every situation that should lead to a specific cliché outcome is turned on its ear by Tomasi. I like the fact that the dynamic between Damian and Jon is what the story is about and not Jon becoming part of something bigger. The art is great and I really enjoy the panel compositions. They move the story really well and are amazingly detailed.