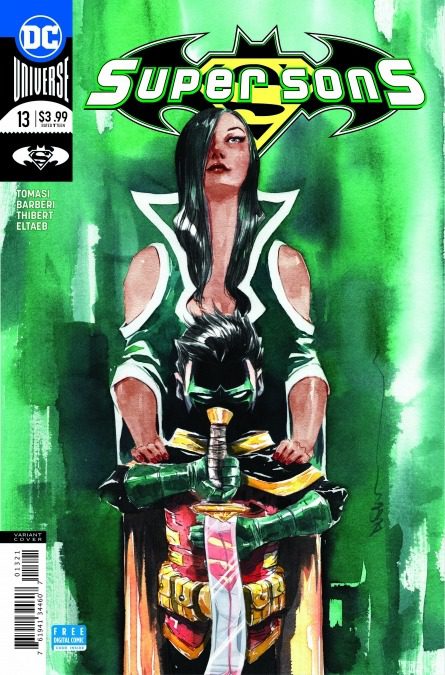 Jon Kent is playing a friendly game of kickball when he tells one of his classmates that he is going to meet a friend. At the same time, Alfred is dropping Damian off at school via chopper. The two discuss the fact that Jon is staying with Damian for the weekend as they file into school. Damian decides to show off in class as his mother Talia watches from the shadows. After finishing another game, Clark confronts Damian about the reason why their fathers decided to send them to school together in the first place when Damian realizes that they are not alone.

As the two of them go to investigate, they are attacked by Talia, who has a mission that she needs her son to join her on. A mission that Talia 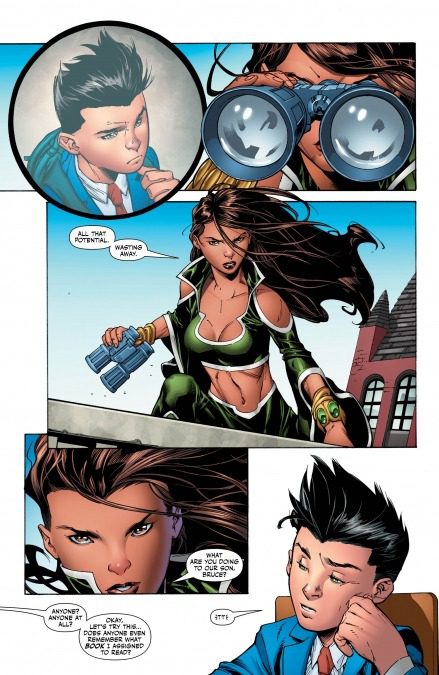 is willing to kill Jon to complete. After making her intentions known, she leaves the two boys. Her actions prompt Damian to suit up and take Jon with him to Gotham City in order to face the League of Assassins. As the boys fight, Damian reveals that Talia’s network has suffered due to the civil war within the assassin underworld. Her taking on contracts that are beneath her might be her motive for seeking out Damian.

I continue to be impressed with this book and each issue is great on its own. I like this one especially because there are so many great connections between the DC universe and these stories. I wanted to see how Talia would factor into Super Sons at some point and I was not disappointed. Tomasi does a great job of giving both boys great moments, especially when they are in conflict with or learning from each other. Barberi’s art is awesome as well and his attention to detail is great to see from panel to panel.