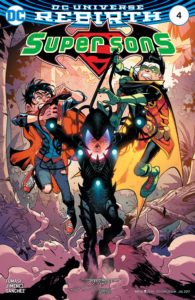 It’s four in the morning and while most of the country is sleeping, Damian Wayne and Jonathan Kent are in the clutches of Kid Amazo. As the young man tells the young heroes his plans for the Amazo armor that he’s stolen, Damian and Jon try desperately to escape, but their personalities and relationship to each other continues to keep them from effectively working together. Amazo’s sister Sara provides just enough of a distraction for the plan Damian has set in motion to come to fruition and the boys are saved by an unlikely ally. 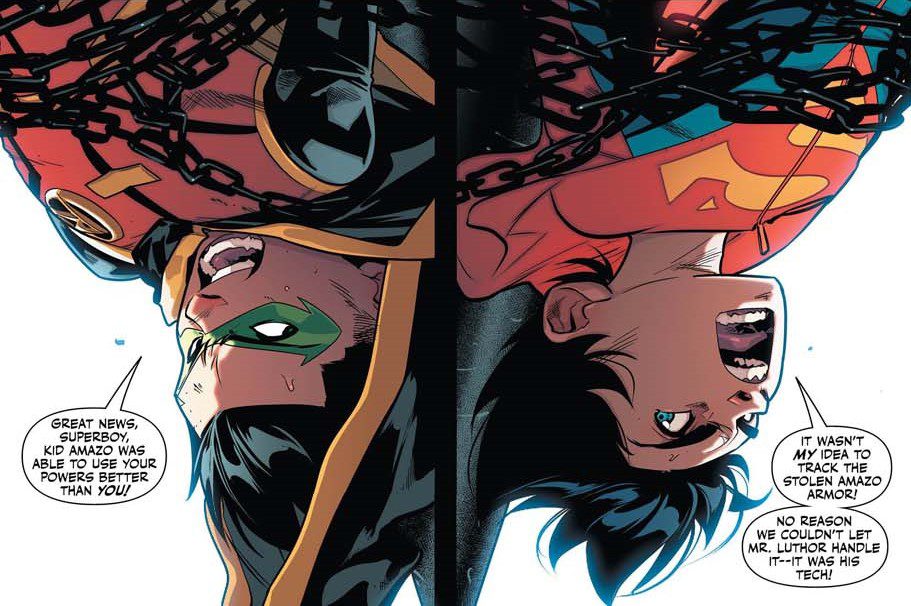 In the resulting melee, Jon decides to save Kid Amazo’s unconscious family. A moment he is sarcastically derided for by Damian. During the battle in a nearby forest, Damian enlists Sara’s help for the next part of his plan as Jon discovers another one of his powers. As the battle rages back to the lab, the boys enlist a desperate gamble to neutralize the armor. Whether they succeed or not is nothing compared to what happens when they get home and realize who has noticed that the two young heroes are gone.

I continue to enjoy how fun this series is. The banter between Damian and Jon has gotten better in the last couple of issues with Jon stepping up and not just taking it from Damian. Peter J. Tomasi has done a really effective job in concluding the Kid Amazo story as well as planting the seeds for future conflicts. He’s gone a long way to establish who these two boys are as individuals as well as how they interact as a team and it continues to be entertaining. Jorge Jiminez’s artwork is so kinetic and fluid that every panel seems to flow into the next and the feeling of motion enhances the story and the characters.