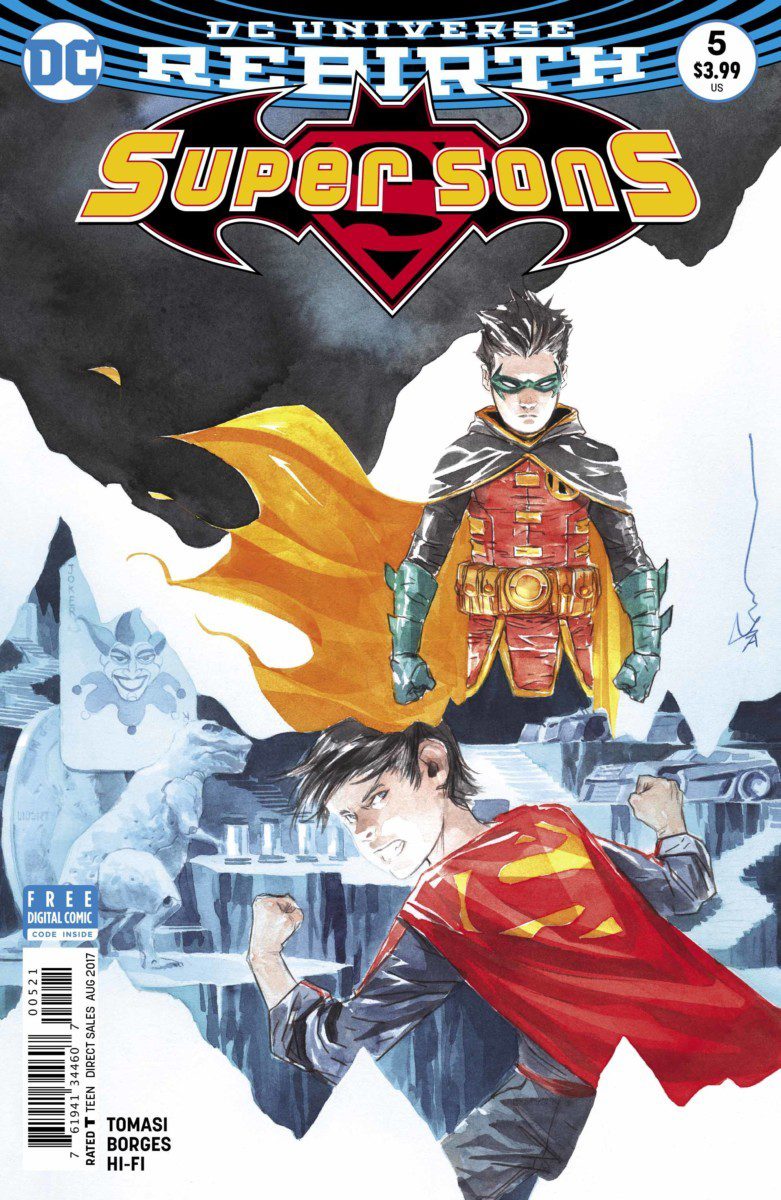 Damian Wayne is getting a lesson in consequences as the young Robin is essentially grounded in the Batcave being watched over by Alfred. Jon is also learning a lesson. One that includes doing the work on the farm without powers. A lesson that Lois has to remind him of. When Clark arrives to remind him of the proposed move to Metropolis that the family is making, Superboy decides to run to the city to burn off steam. Unfortunately, that city is Gotham and Jon decides to confront Damian face to face.

The boys continue to verbally clash with each other in the cave. Each one trying to find a way to best the other until their mutual animosity finally comes to a head. 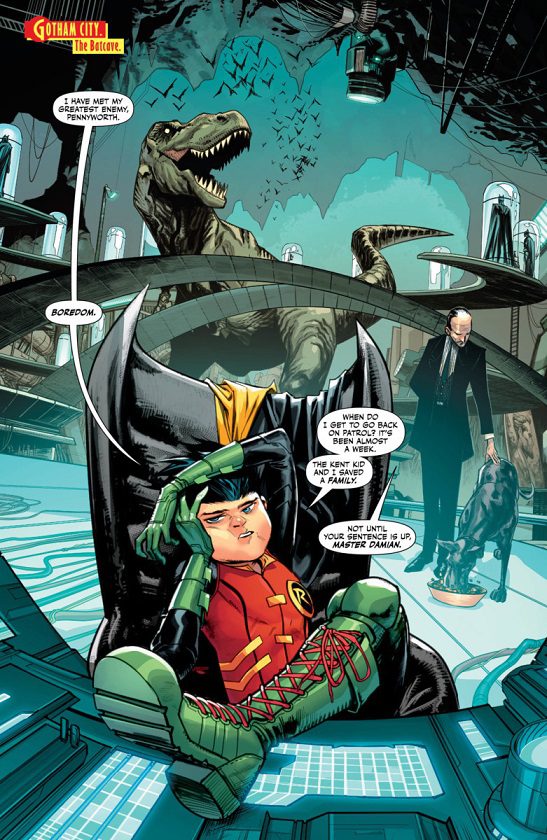 In order for these two to finally get along with each other, it’s going to take a miracle in the form of Alfred Pennyworth to get these two warring heroes to settle down. But can even the world’s best Butler save them when their father’s show up?

As an issue of a comic that I have been enjoying since the first issue, this issue is fine. There weren’t any new mysteries started. No new antagonist to worry about. No real stakes to be had, frankly. What Tomasi did do was to flesh out the overall dynamic between Damian and Jon. These two do not get along and they are so different in mindset that it works when they discover something about the other that is relatable. Borges’ art is fantastic. I loved the details in the cityscapes as well as the energy of the action sequences. It is very complimentary to the overall style of the books so far.