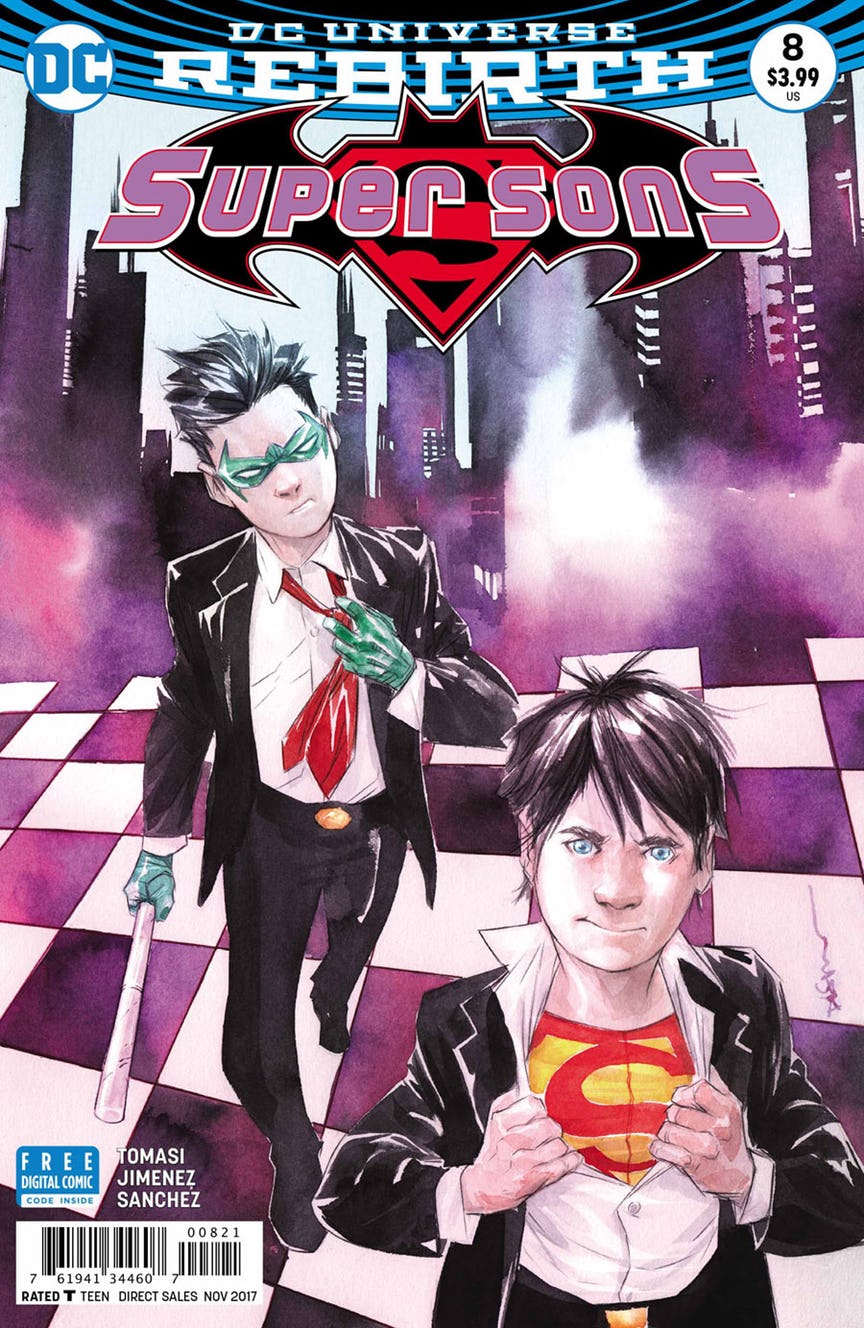 “Planet of the Capes Part Three”

Superboy and Robin have been pulled into what looks like an alternate dimension by tentacled, cybernetic creatures. As the two boys are confronted with the giant force behind the creatures, they are rescued by two young ladies named Hard Line and Big Shot, who manage to fight off the entity named Ygarddis. After achieving victory, Robin learns that Ygarddis is not an entity living on the planet, he is the planet itself. The girls explain to them what happened to their world and the heroes on it as Robin tries to determine how they got onto Ygarddis in the first place. They also explain that their savior was the Kraklow of their dimension.

Meanwhile, deep within Ygarddis, the living planet begins crafting new warriors to unleash upon the surface. As Jon sleeps, Damian does some recon to determine 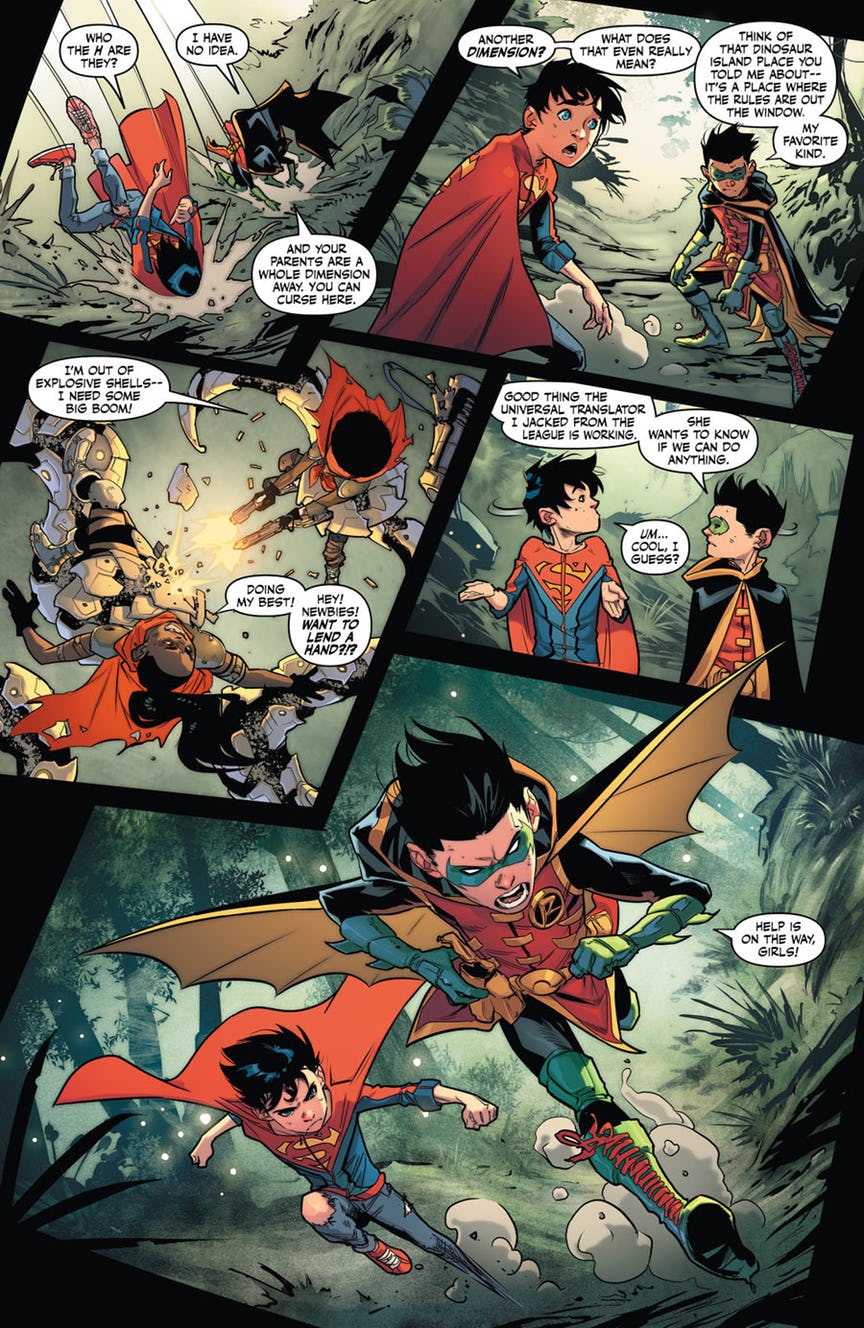 why the planet feels so strange and one of the things he determines is that there is something not to be trusted with everything, including the water. As the boys continue to discuss where they are, Jon comes up with a theory that actually impresses Damian. Their moment of respect doesn’t last long when Ygarddis finds them and decides to send an army of super-powered clay figures after them.

This issue was enjoyable and allowed me to be both excited by the action, but also engaged in the dialogue between Robin and Superboy who seem to be dealing with a positive evolution in their relationship. It will be interesting to see if this momentum continues throughout this arc. Jiminez’ art continues to impress me. I love both the expression he is able to give the characters as well as the style in the action beats.