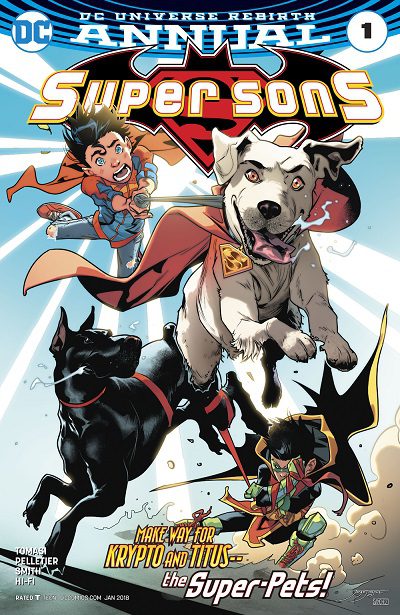 It’s that time in DC comics right now where we usually get some type of fun one-shot story. I always look forward to these myself for they can either build the character in some way, give a short fun team up with a random hero, or just be silly in all the right ways. The issue starts off in a very normal way as we see Superboy and Robin give each other a bit of a hard time as they stop a few robbers in their car. This series is probably the best way to get into Robin for I have always felt Superboy has been a great balance for him because Jonathan won’t let Damian just walk all over him. Their run has been going on for a short time now and we see them finally calling themselves a team (or at least Superboy does).

However, right after the boys are off to bed. We get to the real meat of the annual. Krypto the Superdog and Titus the Bat-Hound. I never really expected to get 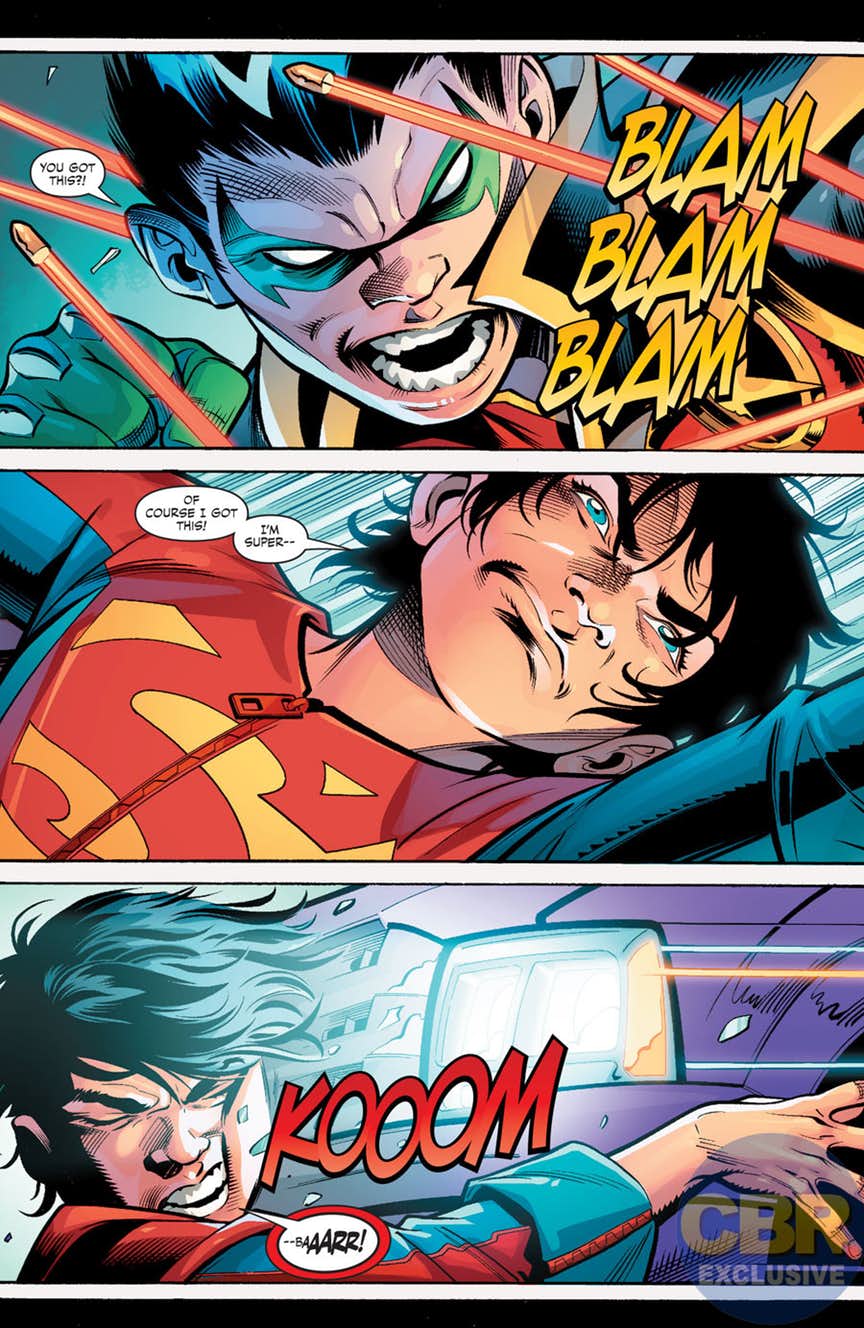 an issue surrounding these two often. Especially one that focuses on their own adventure but doing it in an annual is perfect. The way it starts out reminded me a bit of 101 Dalmatians due to about the duo trying to find pets that have gone missing. More to my surprise is that they don’t even bother translating what the animals are saying. It’s just through facial expressions and thought bubbles that we are given the ideas of what they are saying and how they are feeling. In fact, a majority of this book is just reading animal sounds as they growl and bark at each other. Everything that happens is just incredibly silly and you can’t help but enjoy it.

We also get a few more animals outside of our main 2 canines but I would rather let you discover yourself who else makes an appearance. By the end of it all, I felt like I had just watched a random Saturday morning cartoon show. This annual shows how you can always pull stuff from the universe and not always have to rely on your heroes of your title for a fun story. As a nice break from the recent universe crossing adventure Superboy and Robin had, it’s great to see even when they’re gone or sleeping at home. They will always have help from the ones that are close to them, even though they may never find out who is accomplishing these good deeds.