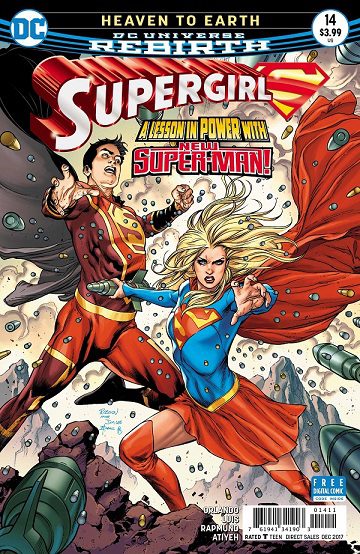 This is the issue where we finally get to see Kenan, The Other Superman, from Shanghai.

Supergirl had been overpowered in the last couple issues with The Fatal Five, so she goes to Superman for support. And we are treated to an appearance from Krypto! Which I agree with Kal, I’d love for the Danvers and Kara to adopt a pet!

The issue has barely started and I’m already completely invested. I love the way Kenan is drawn and portrayed. Kara and he have an easy repertoire from the very start. Kenan takes Kara to study the Bagua from a very strict instructor. He says there are other ways to control her powers besides just the sun. Can a spiritual connection; something beyond the realms of the earth really be the answer? As Kara says, it can’t be that simple, right?

What I really loved about this issue were the different characters; their similarities and differences. Kenan Kong has very similar abilities to Kal and Kara, but the 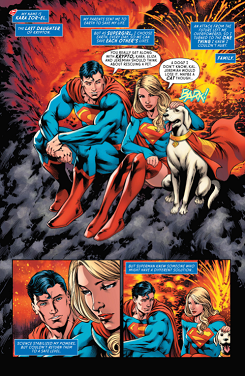 way they were brought up and trained is so different that when they work together, it’s something new entirely.

Just because Kara is somewhere else, doesn’t mean there aren’t going to be enemies!

One of my favorite things in this issue is Jose Luis’ art. There’s an attack scene, with explosions and citizens running around scared. The coloring and the expressions are what really captured me.

In order to save people; the public and those she cares about, she has to truly understand herself. And this issue does an excellent job at developing that.