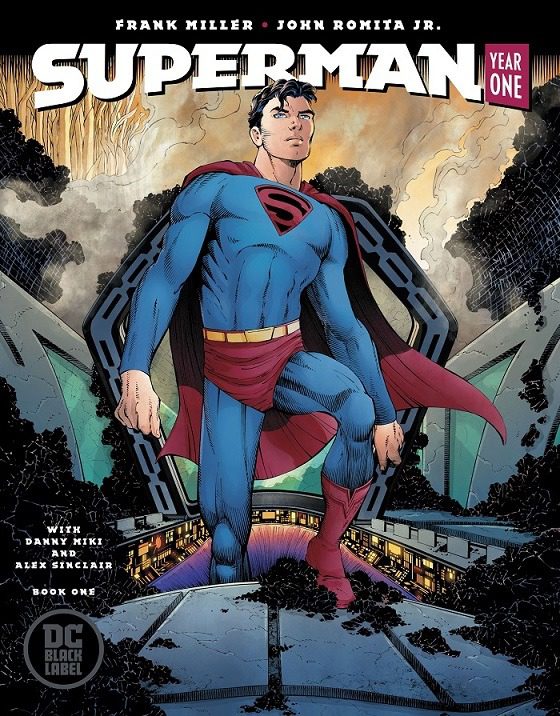 The story is a familiar one. Strange visitor from another planet rescued by Kansas farmer and his wife. Raised among humans with powers and abilities far beyond those of mortal men.

Writer Frank Miller has taken the premise we all know and dug in deeper with an emphasis on the formative years of the man who would be Superman. Miller takes time to build the story of a little boy learning that he is different and how fragile the world around him is. It also showcases the influence of his parents on who he befriends and spends time with.

One of the running storylines throughout this first issue is a group of boys who are terrorizing the school and Clark’s friends. With every opportunity to stop them once and for all, Clark exercises restraint until pushed too far by their attack on Lana.

Miller takes the reader on a journey through the small moments that influence who we are as people. The pace of the story is good, but there are some issues with the dialogue. Miller leans a little too far into the nomenclature of the region and some of the lines the parents spout sound completely out of place. Those issues aside, the story is interesting and handles the “otherness” of Clark in a more realistic way.

John Romita Jr. has some beautifully detailed and vibrant art throughout this first issue. The opening sequence is amazing.