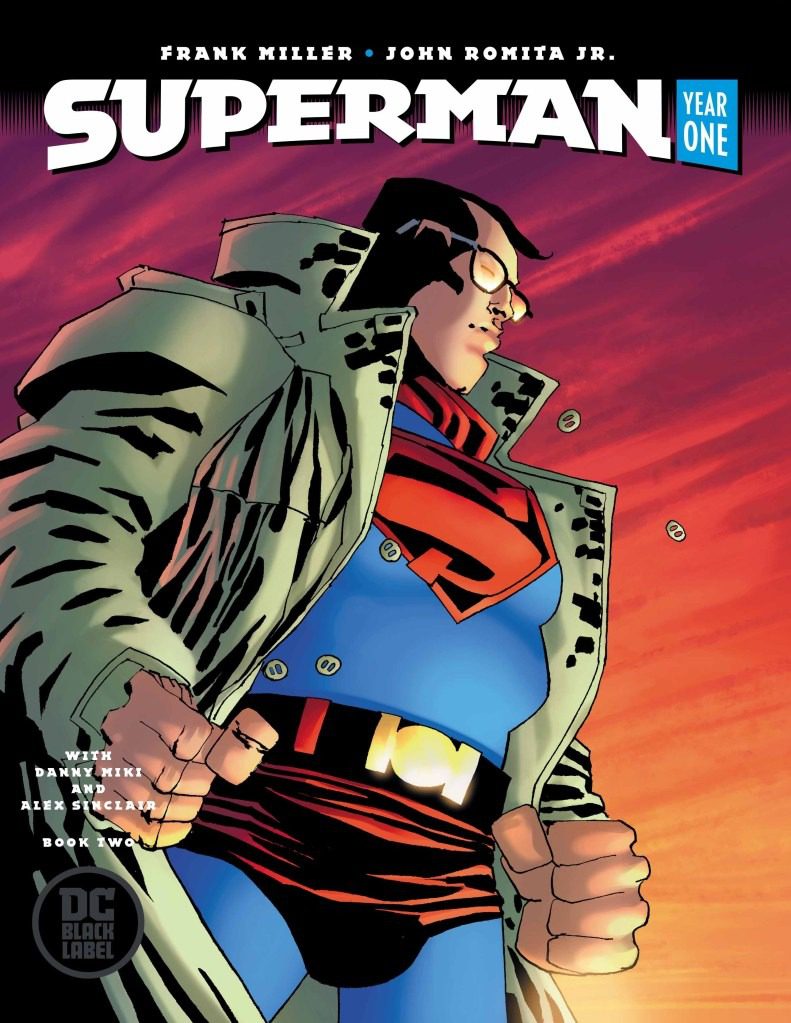 The bold reimagining of Clark Kent/Superman’s origin continues with Superman Year One: Book Two, as the young Man of Steelheads to the Navy in this somewhat controversial take from Frank Miller.

If you were a little disappointed that the first issue was a little on the tame side and retreading familiar ground with Clark’s younger years in Smallville, then you’re definitely in for a surprise with book two! Just when you think you have this story figured out, Frank Miller veers the narrative into a fantastically bizarre realm which may just divide fans of The Last Son of Krypton…

This chapter really is a tale of two halves; first up Clark progresses throughout the Navy and unsurprisingly excels in his marksmanship and combat training in an overly repetitive collection of montages. In the action-packed panels, we see a different side to Clark in which he almost revels in the thrill of the kill, before realizing the extent of his actions. Seeing Supes holding a gun and charging into a situation with terrorists really did surprise and shock me!

Thankfully the second half of the book really picks up the pace once Clark heard the call of the siren, following the sound to the underwater realm of Atlantis. In this bonkers left turn, Clark must overcome Poseidon’s series of obstacles to win the hand of his Mermaid daughter, which he refers to as “his princess and his bride”. Yep, you read that right, hello implied undersea incest. And it was all going so well!

Although I’m not a huge fan of Romita Jr.’s art style, he really excels in the action sequences, which are particularly kinetic in the first half. Once Clark discovers the underwater city and puts on his iconic suit and cape - things really click into place.

Superman Year One: Book Two is a completely unexpected and hugely left turn issue. In what was once a grounded, slow-burn tale in Smaville, quickly descended into a bonkers and admittedly risky outing. Although this issue wasn’t for me, I can appreciate the bold choice to  shake up an all too familiar origins tale by Miller. Definitely intrigued to see just what the hell will happen in the next issue!