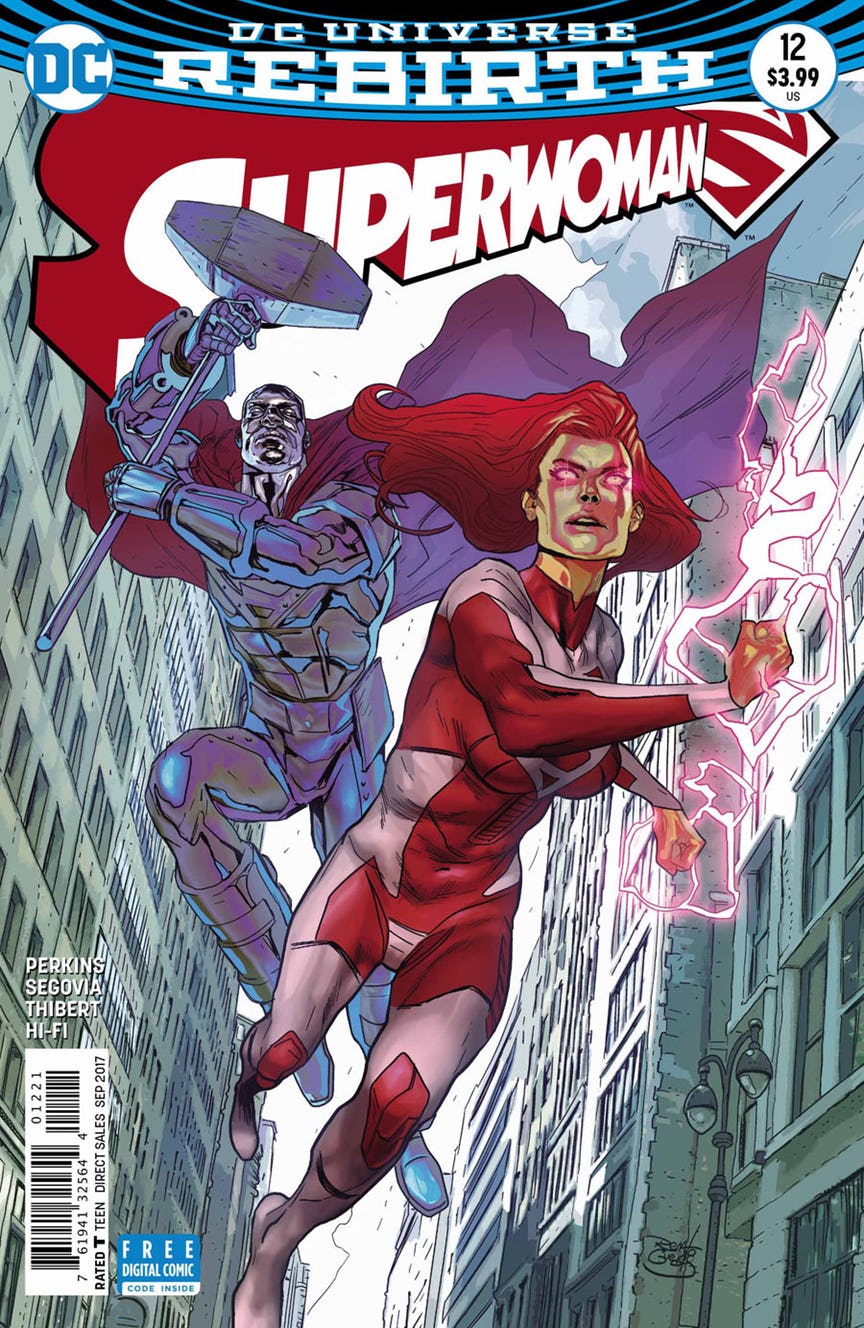 Superwoman #12 wraps up a three issue arc that sees Lana regain her powers and wrestles with the reality that super powers do not solve every problem. While this issue wraps up the confrontation with Skyhook, it does not resolve John Iron’s missing and presumed deceased nephew. The lack of resolution is honest and true to the experience of many missing children, but the emotional impact is not addressed in this story. K. Perkins writes a great Lana Lang, but the supporting cast has taken a back seat during this story arc.

Perkins constructed a narrative that jumped back and forth from current day to multiple points in the past. The story created enough of an emotional reason for Lana to seek out the nephew’s abductor, Skyhook, but it did not spend time cultivating the emotional weight of the abduction. As mentioned in the review for issue #10, Perkins created a powerful storytelling opportunity to deal with a tragic family event. Instead of dealing with the emotions of the family, Perkins focused on Lana’s emotions.

Lana’s emotions remain the strength of K.Perkins’ four issues of Superwoman. Clark encourages Lana to use her humanity and 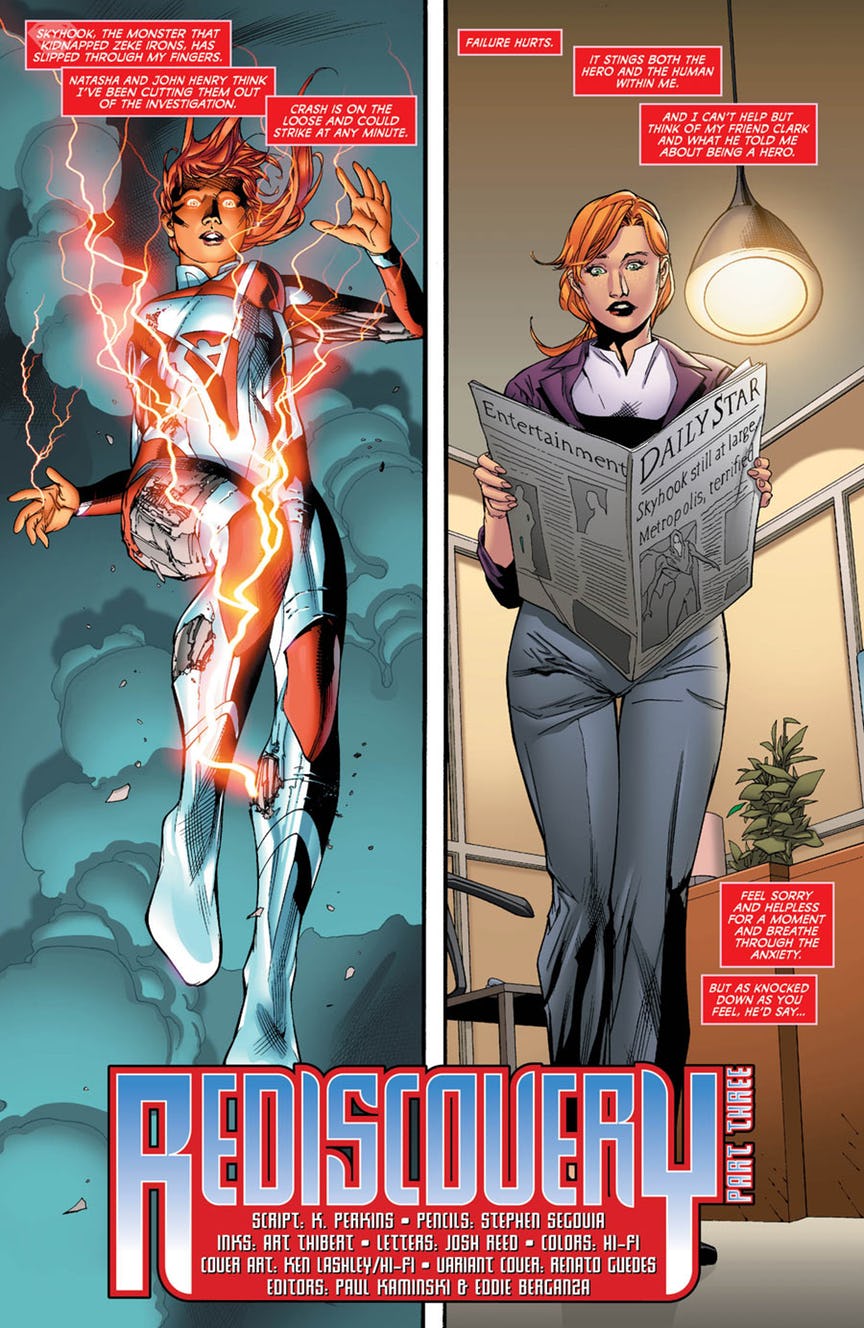 compassion. Lana wrestles with fear and belief in abilities and herself. Lana later makes rash decisions based on suppressed guilt. Ultimately, Lana taps into all of those emotions to reconnect with her power.

The covers of the past few issues had teased Lana taking on a power suit, and the Insect Queen’s armor encouraged readers to assume that this was the new normal. Perkins’ decision to revert back to the powers bestowed on Lana from the death of the New 52 Superman opens the door to future discoveries about her powers. This choice may leave a lot of questions unanswered, but it also creates a more intriguing character moving forward.

K. Perkins missed a number of opportunities to explore the emotions of the Irons family, but Perkins successfully created a strong Lana Lang over the course of this arc.  The conclusion alludes to Lana discovering more about herself and her characterization of Lana places Superwoman in a unique spot within the Superman family and should help the title find a consistent audience.