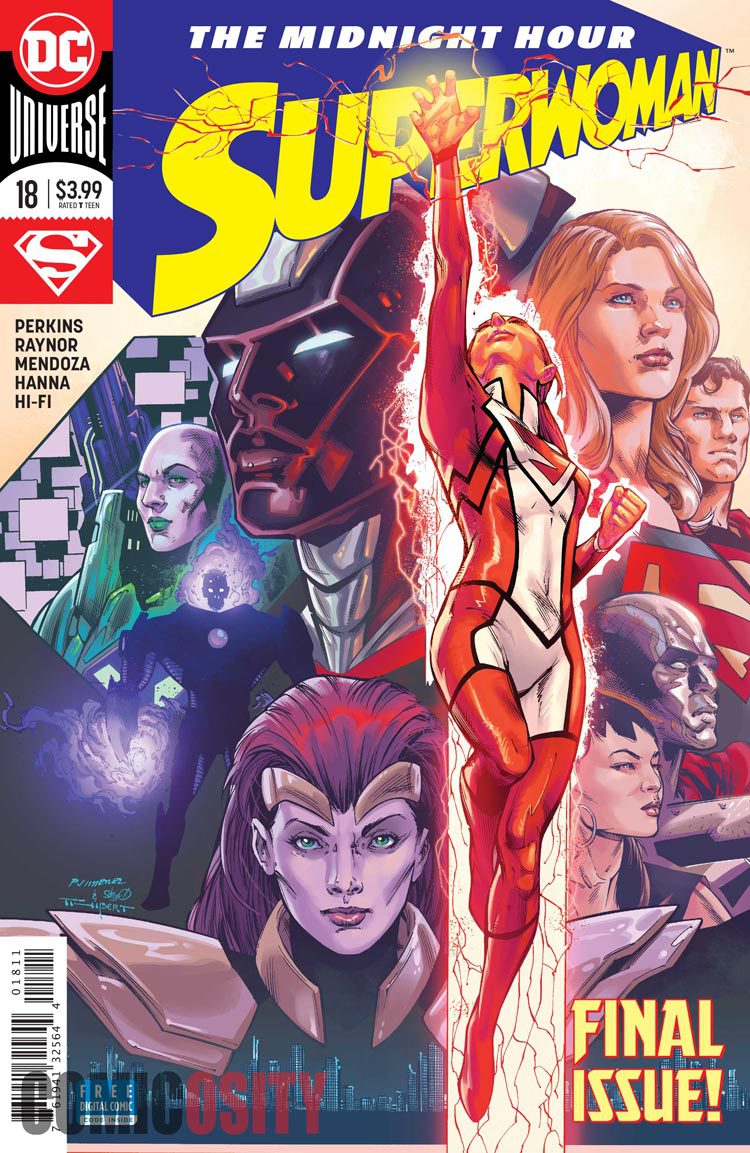 In October, news spread that Superwoman would be the first canceled title from the Rebirth launch. The origin of Superwoman was derived from the end of DC’s New 52 run and the uncertainty of her powers was a constant during the entire 18 issue series. This same uncertainty that haunted the Lana Lang’s abilities, haunted this series that was tied so closely with the New 52. As Superman’s New 52 and Rebirth powers and worlds combined, Superwoman, the character, and the series, were left in a challenging position. K. Perkins stepped in around this same time and brought a more personal and character-driven tone to the series. Perkins used the continuity mess that was Superwoman’s powers as a way to explore Lana Lang as a character. Through Perkins story arcs, Lana Lang did not find a meaningful explanation of her powers, but she did find meaning in herself. Superwoman #18 takes this theme of personal exploration and acceptance and wraps it up well as the final issue in the series.

This four-issue series finale does suffer from a truncated character arc for the villain. As last month’s review noted, the build-up, introduction, and overall threat 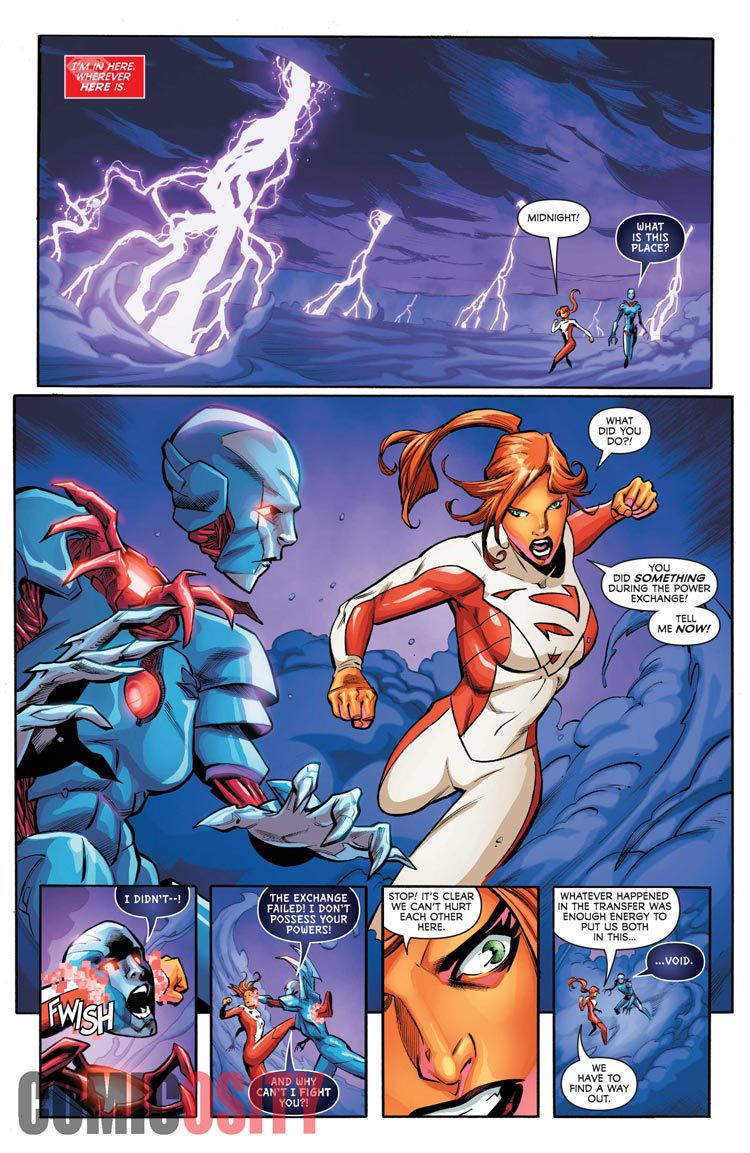 of Midnight was rushed. Her origin tied in well with Phil Jimenez’s run at the start of the series, but the pacing of the first three parts of the story arc felt rushed. Fortunately though, condensing all the action in the previous issues, allows Perkins to focus on what she and Superwoman do best - build strong characters on a voyage of self-discovery. Lana Lang and Midnight spend this issue exploring Midnight’s desire to break from protocol and Lana’s desire to believe in herself. The dialog, characterizations, and actions all carry an appropriate emotional weight and resonance for a series finale. Perkins never slides into melodrama or fan service and wraps up the series with respect and compassion for her characters.

Unfortunately, the artwork for this final arc is not respectful. Each of the four issues in the arc used a different artist, resulting in a lack of consistency in tone and quality. Max Raynor’s artwork in this final issue is fine as a standalone experience, but the lack of a consistent artist reduced the overall impact of the arc. These fluctuations in art styles and artists is a criticism against DC’s support for the title more than a criticism of an individual artist.

Have you seen this:
Legion of Super Heroes #7 (Review)

DC’s cancellation of Superwoman removes a smart, scientific, never sexualized, female super hero from their lineup. But thanks to K. Perkins strong characterization of Lana Lang in this issue, and across her run on the series, a hero remains within the DC universe.