Tales of Vesperia Definitive Edition is releasing early next year for the PS4, Xbox One, Nintendo Switch, and PC. The game was originally released in North America in 2008 as an exclusive for the Xbox 360. It eventually saw a PS3 port but only in Japan the following year. Now everyone will have the opportunity to the game as its available on all major platforms. A steelbook case was also reveled for the games released as shown below. 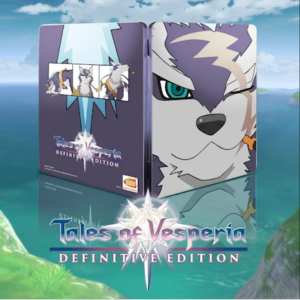 Have you seen this:
Build-A-bomination
tales of vesperia