Every once in a while a game will come out of nowhere and surprise me with its deep mechanics, addicting gameplay, and unique art style. Tangledeep came as a surprise but it’s a game I couldn’t have been happier that I accidentally stumbled across this. 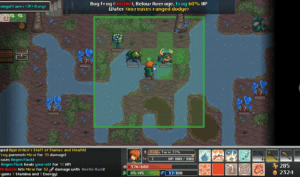 Tangledeep is a  rogue-like RPG with randomly generated levels that are hard to get into due to all the different mechanics the game throws at you. But once you get the hang of its mechanics and its world you will not want to step away from Tangledeep.

After a frustrating couple of hours and multiple failed attempts, I was ready to give up on Tangledeep. I am the type of player that likes action RPGs so I decided to give Tangledeep another try. This time around I took my time studying the menus, took my time studying the characters and was cautious with the decisions I was making. I was taking my time reading the conversations I was having with the NPCs at the beginning of each run. I realized I was playing Tangledeep all wrong. I was trying to play the game more like a slasher than a turn-based RPGroguelikeand that’s where I went wrong. Tangledeep requires you to be methodical, it requires you to calculate every move and to think ahead of time. It reminded me of a lot of chess where every move counts. The more I progressed the more confident I grew where now I knew how to take care of business when the going got hard.

Have you seen this:
An Indiana Jones Game is coming from Bethesda studios

Tangledeep offers you 9 playable characters from the start. All of these characters have their own learning curves and all of them play differently. Like Overwatch, Tangledeep character selection gives you a brief description of that character and how hard it is to pick up that character for the first time. I really appreciate that the game gives you multiple options and multiple difficulties to play with. You get to build each character to your own liking by unlocking skills as you progress. These skills are awesome and they really open up how you play the game. On my first runs I didn’t know skills were a thing so I never used it and once I got to the harder areas I failed instantly. Once I figured how skills worked, combat became robust and satisfying. There are three more characters to unlock unfortunately I have not been able to unlock them but it’s nice to know that there is more content to come to once you have beaten the game.

Not only does Tangledeep offer more characters to unlock but it offers three different game modes -Heroic, adventure, and hardcore mode. Heroic mode is what is recommended to play and its the mode that I spent the most time with. In Heroic mode there is Permadeath and it offers a good challenge for those players that want to be challenged. Adventure mode is recommended for people that have never played a roguelike game or those that want to enjoy Tangledeep but don’t want to be challenged. Finally, hardcore mode is for those that are not afraid to start completely over. If you die in hardcore-mode not only will you die and start from the beginning but all your data will be erased upon death. There are enough game modes for everyone and anyone to enjoy Tangledeep.

Tangledeep is a frustrating yet rewarding experience that I cannot recommend enough for people that want a deep RPG roguelike game. Once you get past the steep learning curve you will find one of the best RPG games I have played in quite some time and this is a game that no RPG fan should sleep on. Starring Tangleep may seem like a daunting task but it’s a task that if you start it will be hard to put down. 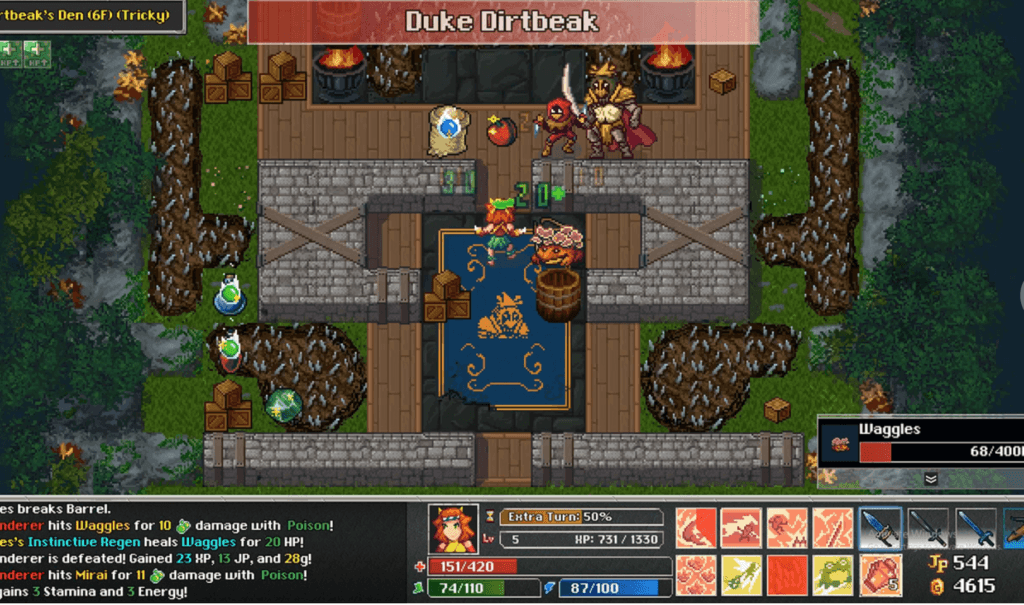