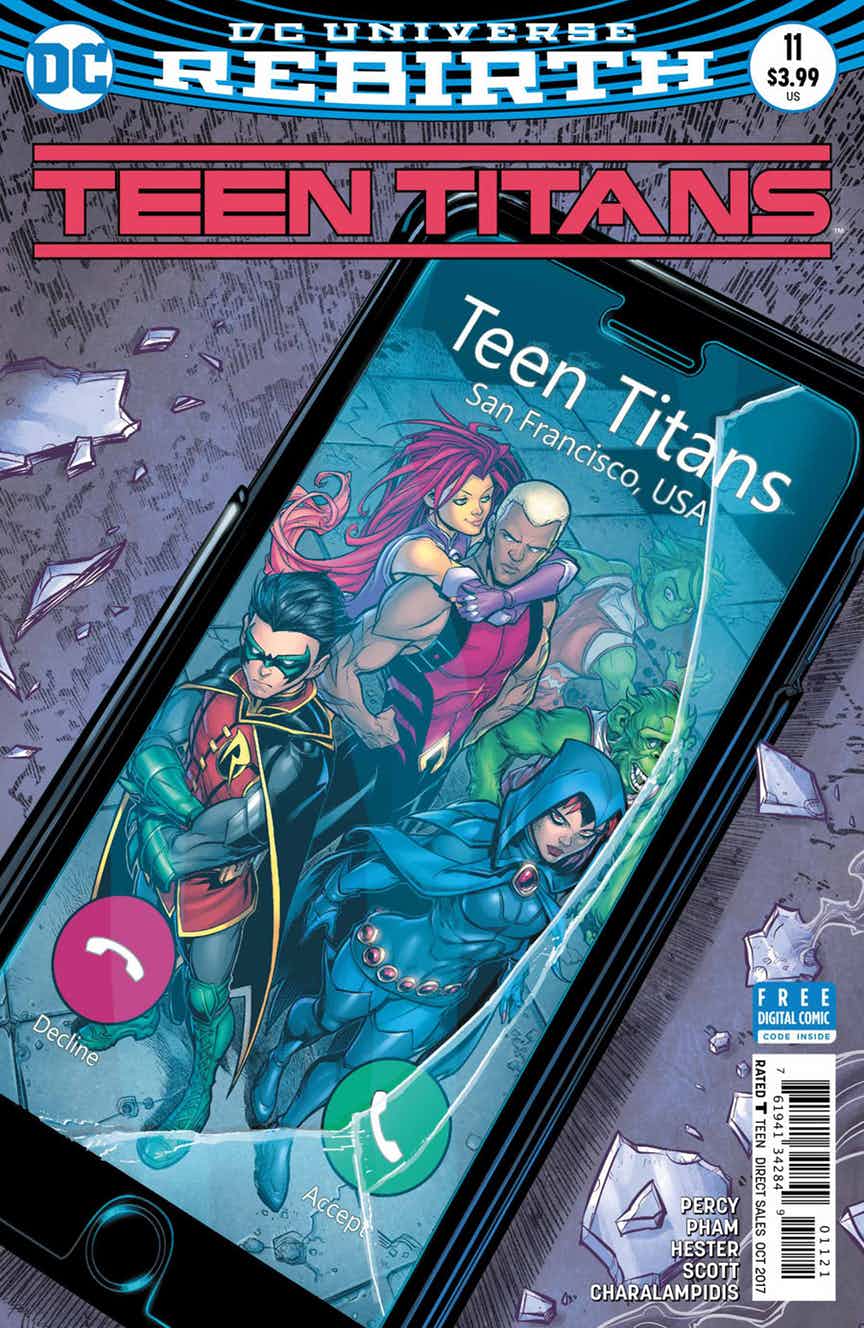 Teen Titans #11 is an action packed issue that still finds moments for humor and character development. Benjamin Percy’s writing of these characters continues to grow and lean more on the relationships and teamwork rather than the anger and humor that dominated the earlier issues.

Starfire stepped in as the team leader at the end of the last issue and she continues leading the rescue of Jackson Hyde. The team starts to actually work as a team even as Robin struggles with the role of collaborating rather than directing. Even though the battle with Black Manta ends quickly, it provides the necessary story device for the team to come together and for Jackson Hyde to confront his own doubts.

Percy’s writing finds a stronger balance in this issue than in issue #10. Readers no longer have to read between the lines to look for Percy’s intentions with 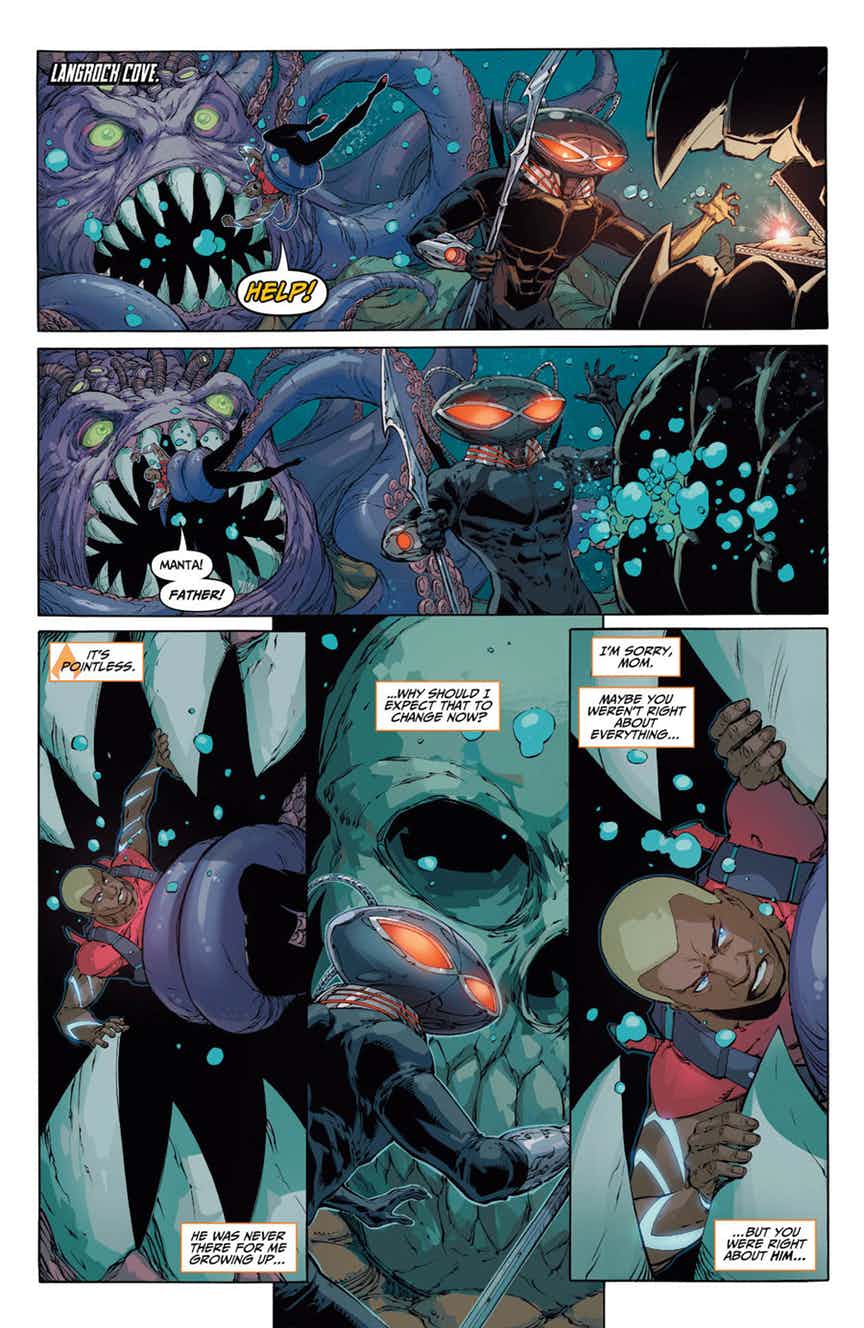 each character. Characters continue to grow and establish themselves as individuals and as members of the team. Sustaining characters and their chemistry with each other is a difficult task for any writer to balance, let alone construct. By the nature of how Percy brought these characters together, means that he has to do both – build and sustain these characters as individuals and as teammates. After a number of small examples scattered in the past four issues, Percy nails the chemistry this issue.

Khoi Pham’s art remains a joy to view. Pham’s art strengthens the connections between reader and characters. The inks by Trevor Scott and colors by Jim Charalampidis deserve special recognition for the tone and environment their work creates. The inks and colors create a fluorescent hue to the world that fans of the cartoons would recognize and be comfortable with. While at the same time, the fluorescent colors remain slightly gritty and grounded. The tone strikes a perfect balance for a group of individuals struggling with their own transitions from the bright ideas of youth to gritty realities of adulthood.

Teen Titans both as a series and as a cast of characters is growing. Percy’s writing has always been building to this growth, even when it came in small increments. Fortunately, readers can savor and enjoy Khoi Pham’s artwork along the way.