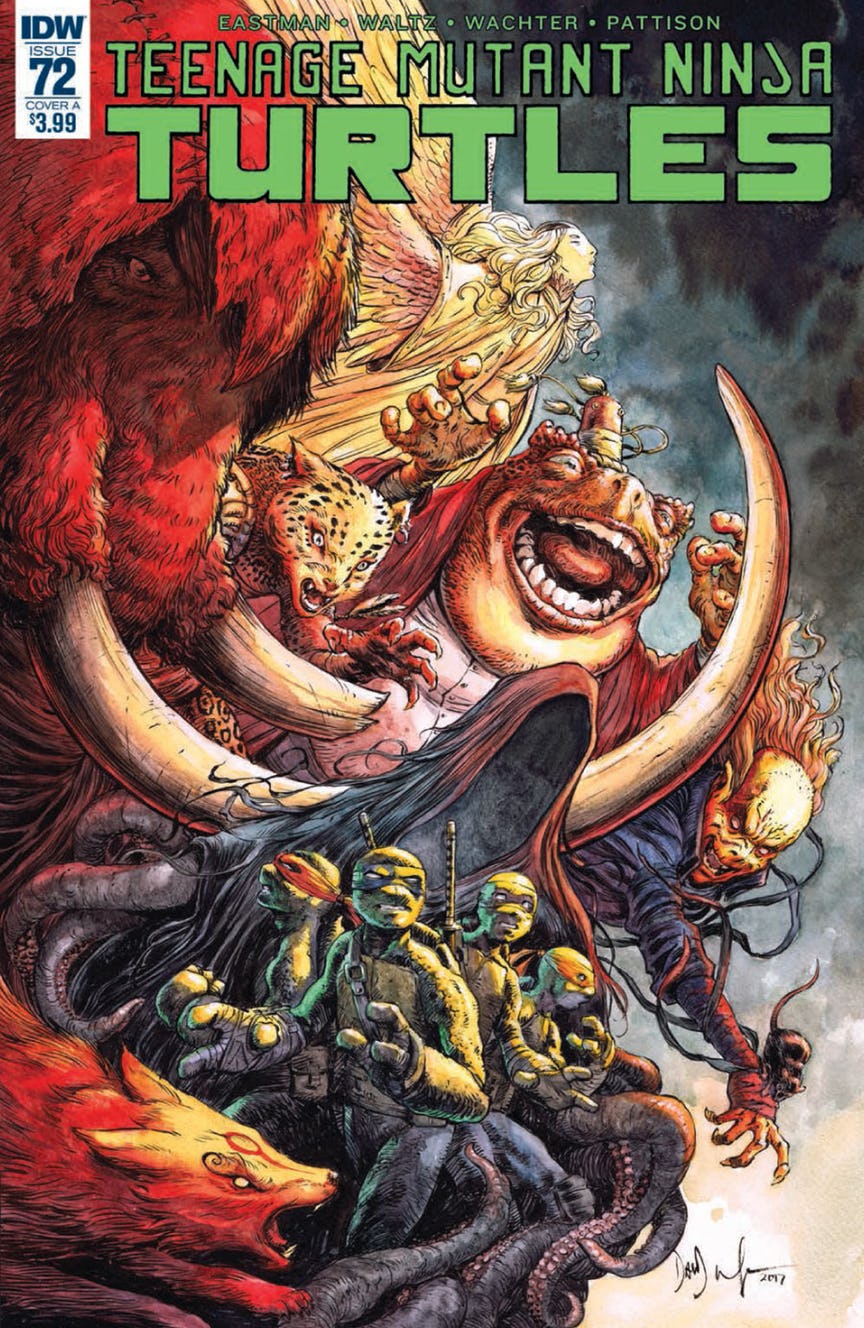 The Turtles have found out about a secret group of immortals known as the Pantheon, who have been influencing human history since the beginning of time. Every 100 years the Pantheon have a get together to discuss their schemes, and Alopex and Angel know exactly where that party is going to be held.
The turtle troupe head over to try and recruit Baxter Stockman to help them spy on the Pantheon, but Baxter just isn’t having it. He just couldn’t be less interested.

They are finally able to convince Stockman to help out with their little operation. It should be a simple task, sneak in, get the information, and get out. Of course, it is not that simple, as the turtles are discovered almost immediately.

This whole series has been really incredible. I have very little I could actually complain about, even if I wanted to. This story arch is no different. It is just growing the TMNT world so much more, and the addition of these new Pantheon characters is very exciting. We already know a little bit about some of them like the Rat King and Kitsune, but I can’t wait to dive into the other ones deeper.

Let’s talk about the art because Dave Wachter does an excellent job on this issue. The action sequences are just fantastic, and I’m loving the expressions on Stockman’s face the whole issue. His expression just spells out how much he doesn’t really care about any of this. Also, the Pantheon characters are so creepy, but fit in with this whimsical turtle world perfectly.

I’m honestly on the edge of my seat every month waiting for the new TMNT books. They are really knocking it out of the park! If you aren’t reading them both, you are really missing out!