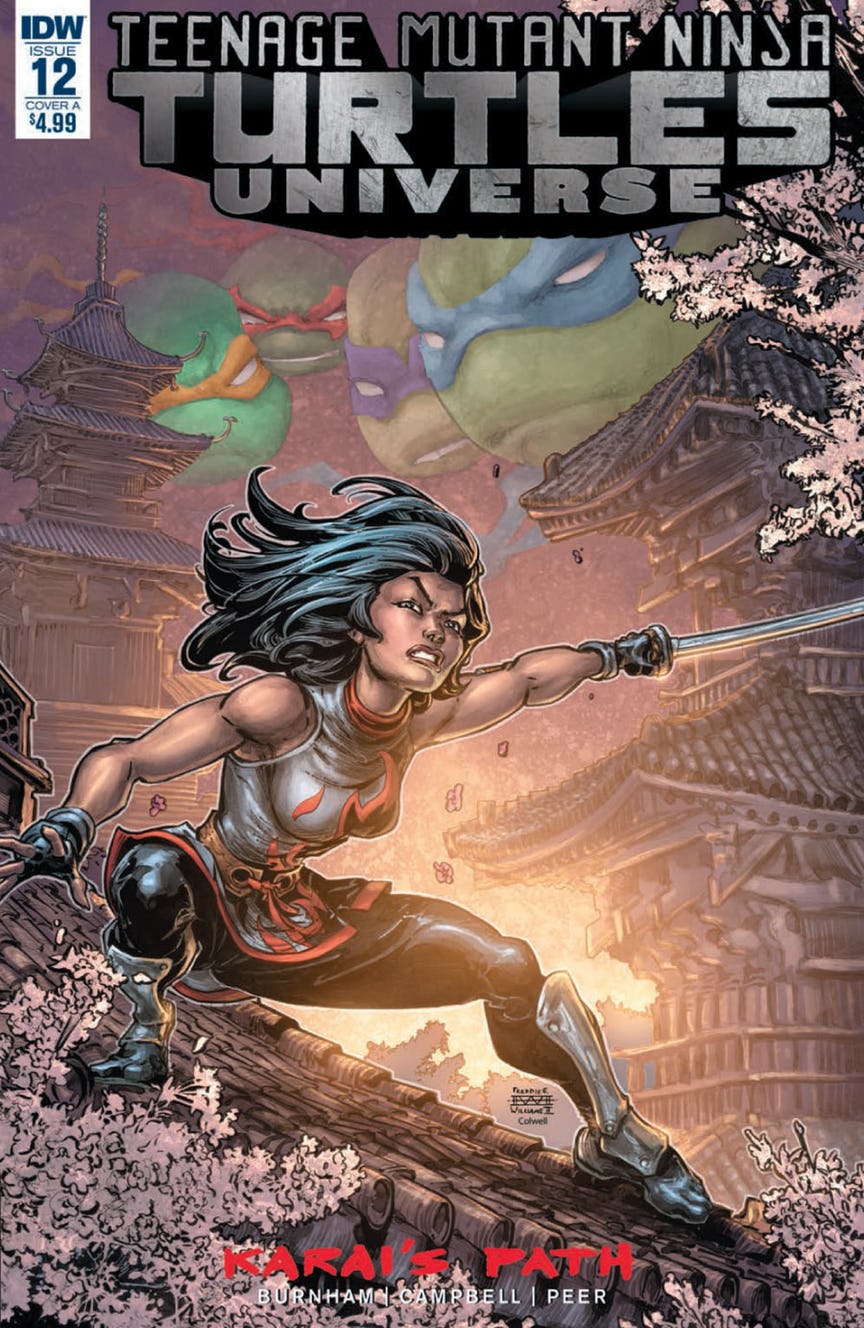 I’ve really been loving the issues of Teenage Mutant Ninja Turtles Universe since the very beginning. It’s a place where we can play in the Turtles Universe sandbox, sometimes separate of the turtles, and really flesh out different characters in their world. That’s exactly what we get in this issue.

In this particular story, we are in Japan with Oroku Karai. The story starts off with her being shot, and the person responsible escaping on a motorcycle. Or… well… trying to escape. You see Oroku Karai is the daughter of The Shredder, and she is the person responsible for making the Foot Clan into something truly remarkable. Karai chases the would be assassin, Natsu down on foot, and confronts her. Unfortunately, Natsu is able to best the wounded Karai, and gets away. 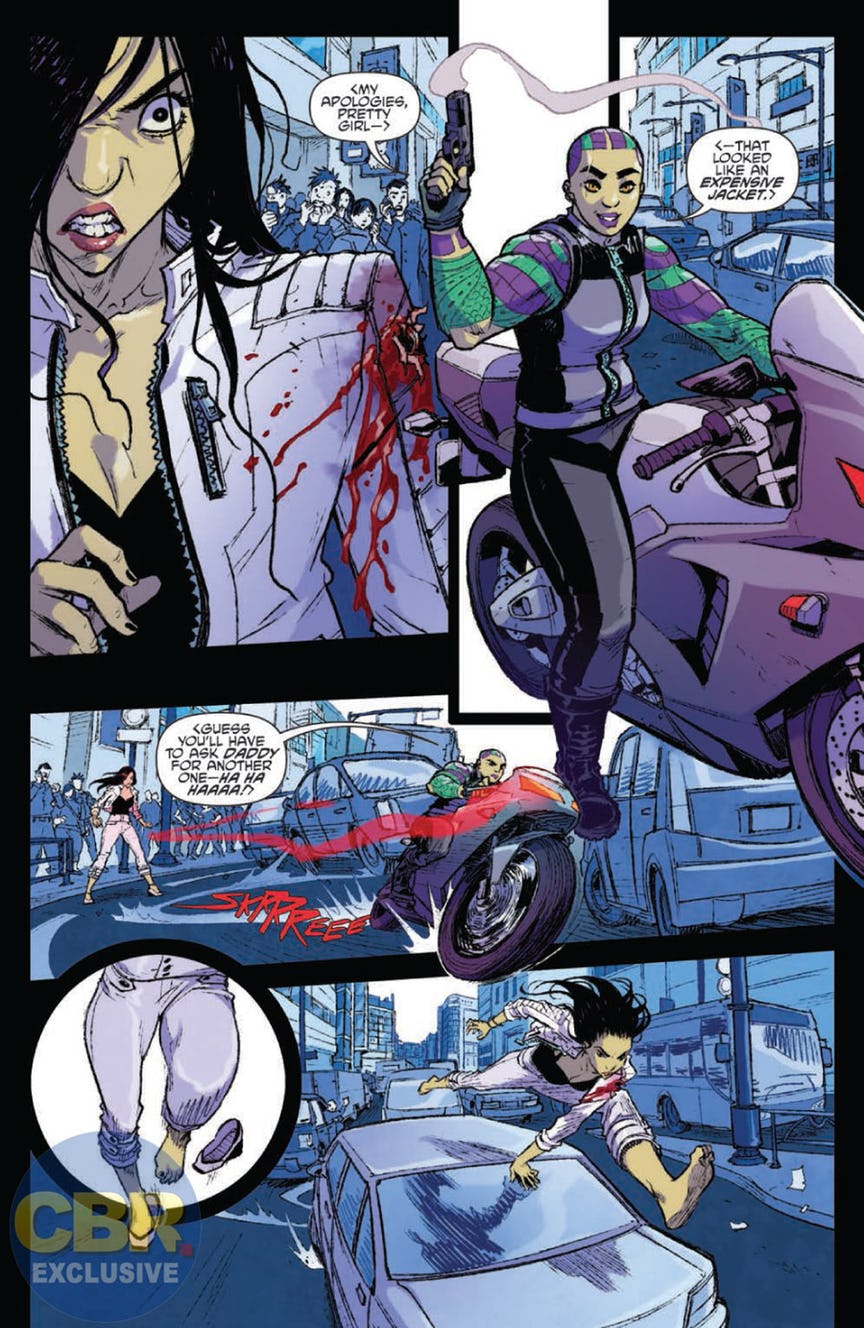 Karai is able to find her way home, where her sensei is training two mutants. One named Bludgeon, a blind hammerhead shark, and Koya a Falcon who in an earlier story, Leonardo slices off her wing feathers leaving her unable to fly.

After her friends see to her wounds, Karai leaves to go after Natsu, who is having dinner with her crime lord grandfather Hayashi Toru. Karai is quickly able to defeat Natsu in combat, but her grandfather pleads with Karai to spare her life and form a partnership with them.

This is so great because we haven’t seen Karai in so long. So this gives me and the readers enough to know who she is and why she is important. It also shows that she is not a person to be meddled with. I am looking forward to seeing more come of Koya and Bludgeon’s training and seeing what they are capable of once they can overcome their injuries.

Sophie’s art for this is beautiful. Her faces are very expressive, and the use of color in this issue is particularly stunning and impactful. I can imagine we will be on the edge of our seat for the rest of this storyline!