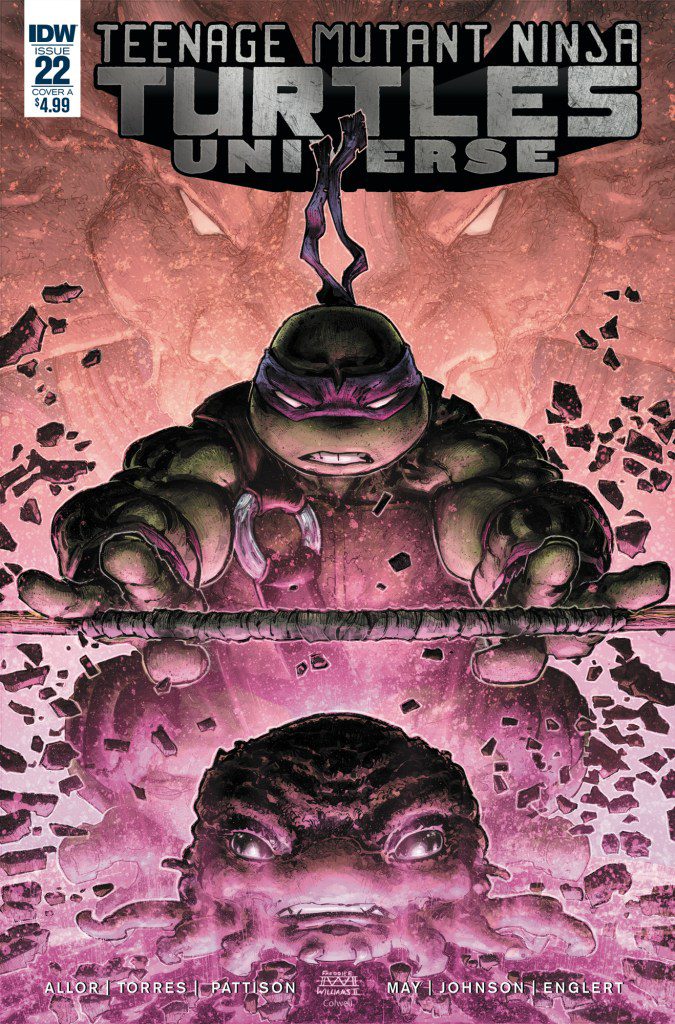 As a solution to stop the war in New York City, the Turtles convince the Utroms, former masters of the Triceratons, to share Burnow Island with the Triceratons, make peace, and help each other out.

The Triceratons would supply security for the Utroms, and the Utroms would share their home with the Triceratons. Of course with such bad blood between their species, this wasn’t going to be an easy task. With Donatello set as their mediator, the two sets of delegates have finally come to terms, but Donatello is sure that one of the Utroms’ military leaders is up to something. Something to ruin the peace treaty.

Honestly, if you told me that there was a comic book about a dinosaur army trying to come to peace terms with a species of slimy brain people who once ruled them, I would never suspect that it would seem as normal as it does in this comic. The character are all written in such a way that you absolutely see everyone’s side, and you don’t just see slimy brains and dino soldiers. I think that’s a pretty huge thing in a comic book.

While reading this story you get a sense of urgency and the importance of what is happening. Enough so that it overshadows the absurdity of talking slimy brain people and a dinosaur army trying to live in peace on an island together. I love that. I absolutely love when someone can take something so ridiculous and make it easy to suspend disbelief and enjoy a story. This creative team is absolutely capable of doing that, this story has so much heart and beauty to it.

This entire creative team crafts such an amazing and seamless story, that I feel like I’m a part of it. I feel like I have a stake in these characters lives. Every aspect of this comic is executed so seamlessly, from the art to the colors, to the writing. Time after time, and issue after issue, I’m never let down, they always deliver an interesting, dynamic and exciting story for me to enjoy.  I cannot recommend this comic enough, it is so solid month after month. Pick this up, and pick up the TMNT ongoing series, and prepare to be blown away.