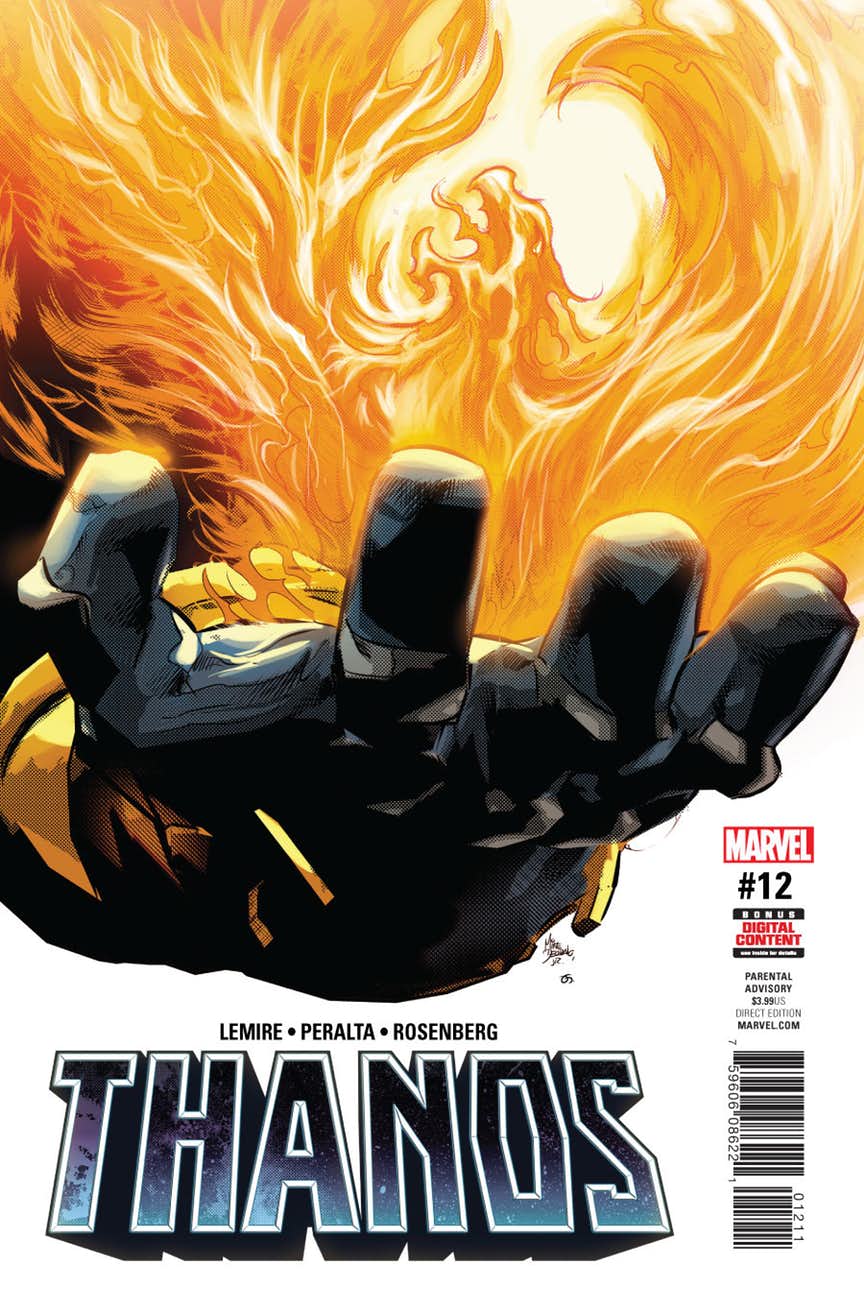 We come to the end of another arc with Jeff Lemire’s run on Thanos. We begin where we were left off with Thanos and Thane as they continue the brawl that caused them to crash land into the God Quarry. Thane with the power of the Phoenix at hand shows that he is able to go toe to toe with the all mighty and powerful Thanos. What I have enjoyed is seeing what could be Thane’s downfall for this attempt to take Thanos’ life and here we see the fruition of that as the Coven Witches that oversee the God Quarry remove the power of the Phoenix from Thane. The look on Thane’s face is priceless, as he knows he is about to enter a world of hurt from his father. Let me also add that I absolutely love the use of the sound effect THOOM whenever Thanos makes a loud impact throughout this series. 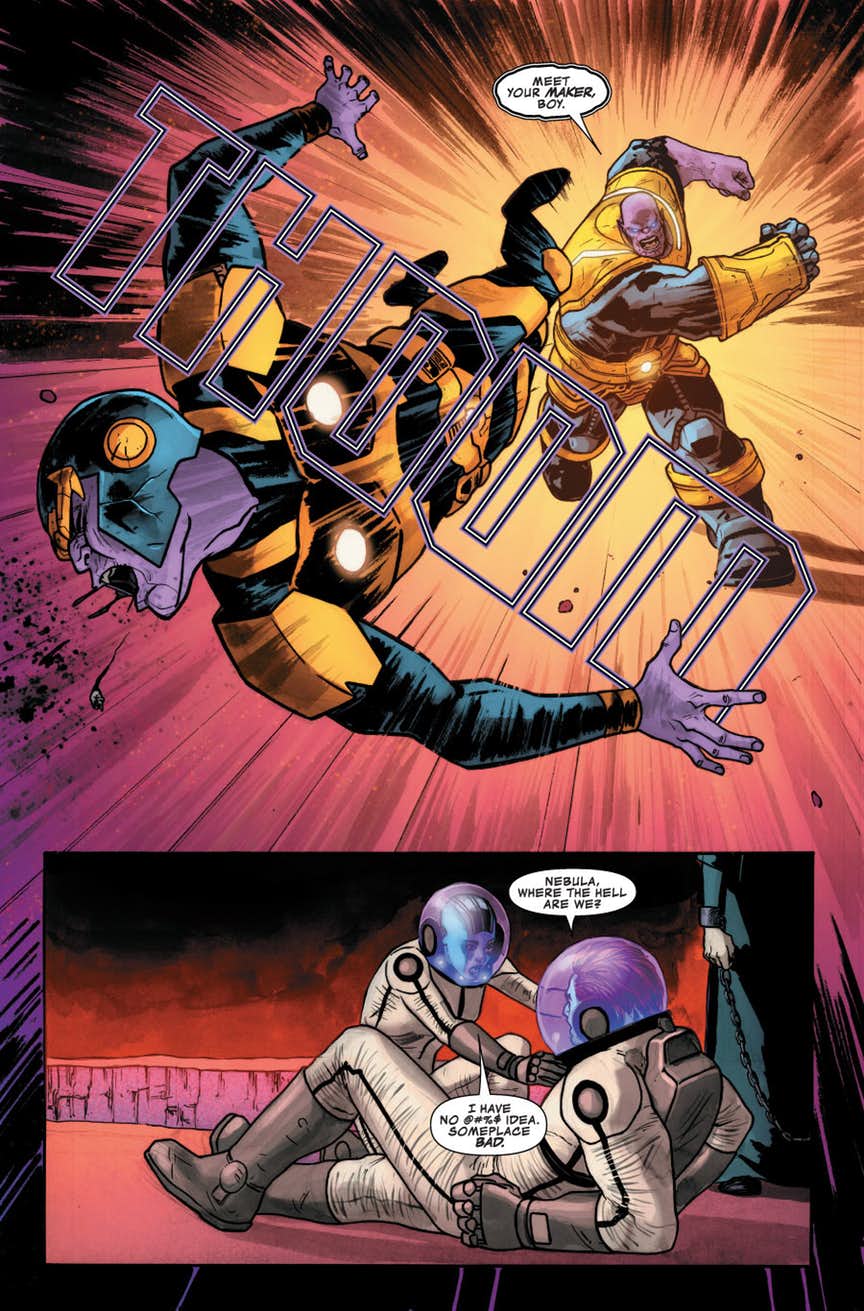 through his own hell rather than killing him. It’s great to show that even with a little bit of help to get him back to where he is, he shows that he does not care for the likes of Nebula, Tryco, and Starfox by just leaving them in the quarry. Perhaps though this is his way of repaying them, by just not killing them. Right before he leaves we see an intense confrontation between Lady Death and Thanos. The history between them is rich and the amount of influence she once had over him was shown through her manipulation with Thane. Her claim of this entire happening was part of her plan to prove that Thanos will always love her. It’s extremely satisfying to see Thanos grow more at this moment as he has finally grown tired of her and her tricks. The issue closes with Thanos returning to a small moon that has no life on it. Watching him take his steps and sit on his throne again reclaiming whom he once was culminates into a truly satisfying book that readers have been a part of for the last year.

Thanos is easily one of the most enjoyable cosmic books for any reader to dive into and is very easy to get into for even someone like me who has never read a Thanos book prior to this one. We see a character go through his lows to get to his highs and understand why he is the way he is and know that he will always be the destroyer of the universe because that is what he loves. With that, I like to leave you saying that the king has indeed returned and I don’t know if the rest of the universe is ready for him.