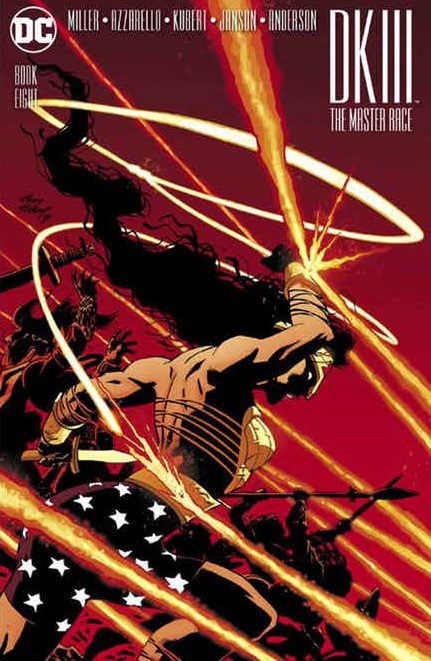 This issue of The Dark Knight III: The Master Race begins in the Bat Cave, where we find Batgirl watching a video of Batman being killed by the Master Race on her cellphone. She watches in disbelief and horror thinking about how awful it is that he has died. The Flash is in the background suspended by some contraption of wires and computer cables. He tries to assure her that there may be a chance that he is not dead. She can’t be too sure because the video footage is shaky. Batman and Superman show up to the Bat Cave and ask for a briefing, to the delight of Batgirl, who is ecstatic that he is alive. 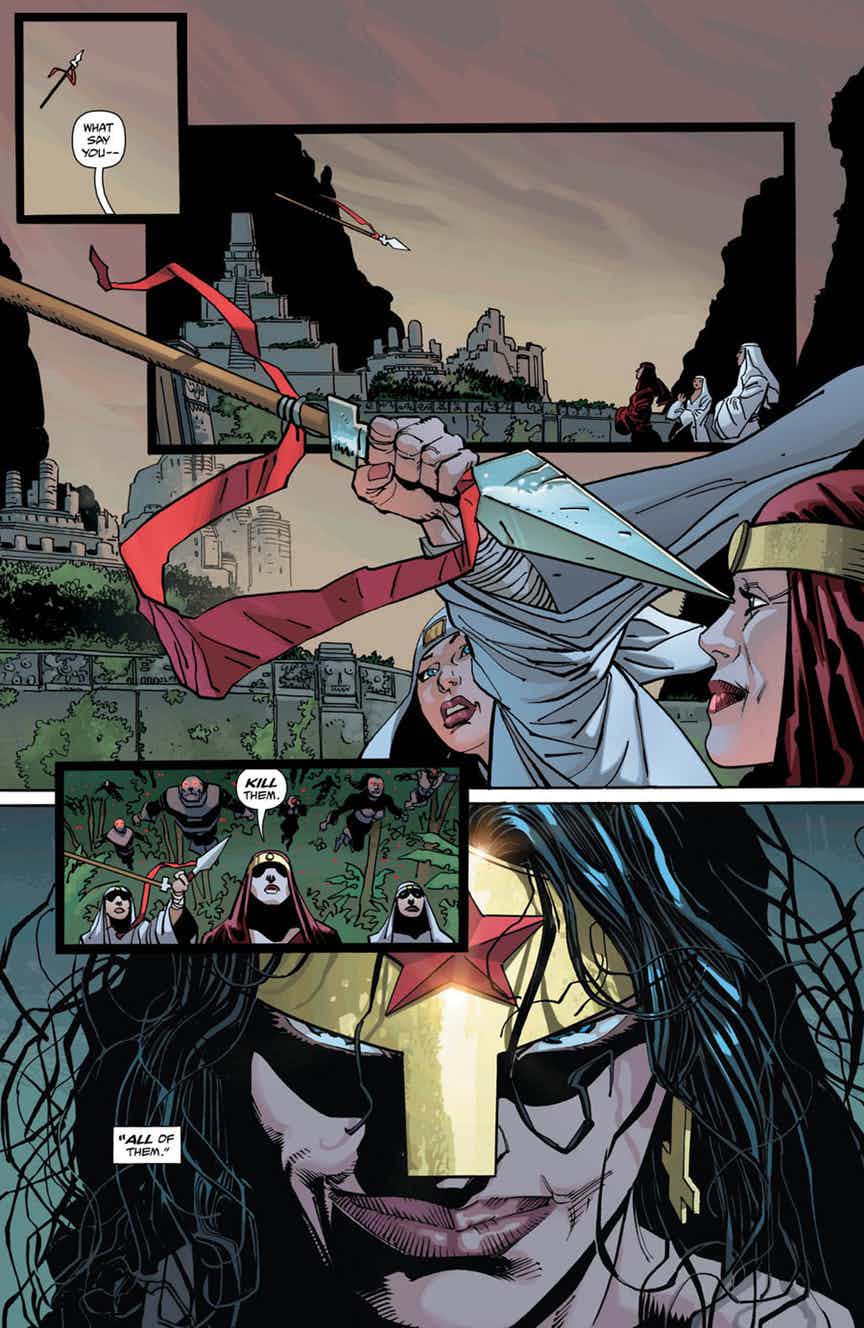 As our heroes reunite, the Amazonians are attacked by the Kryptonians.  The wives of Quar are there to collect the Last Son of the sun, the son of Superman and Wonder Woman, Johnathan, but Diana isn’t giving him up. One of the Amazonians fires the first shot by throwing her spear which is caught by one of the wives. This turns out to be the catalyst for the war to begin between the two races. Wonder Woman messages Batman and Superman and tells them that the Kryptonians have declared war on the Amazonians. Batman, Superman, and Batgirl try to get to the scene of the battle in time to help. The war rages on with blood shed on both sides.

This feels just like a Frank Miller graphic novel. It is slightly reminiscent of 300 which isn’t a bad thing, considering that that was one of Frank Miller’s best. The writing by Azzarello and Miller seems as if it was done with careful consideration of where the characters are and where they might be going in the next chapter. The plot was strung tightly together without any extraneous nonsense or peripheral side story. The antagonist in the book did not feel like nameless drones even though none were overtly pointed out by name, with the exception of Quar’s wives. The storyline and art were enough to hook me in for another round. There is a tremendous amount of bloodshed that I wasn’t expecting to see in a Batman title which made it seem new and different. I look forward to the next chapter in this series.