The Fall and Rise of Captain Atom #5 Review 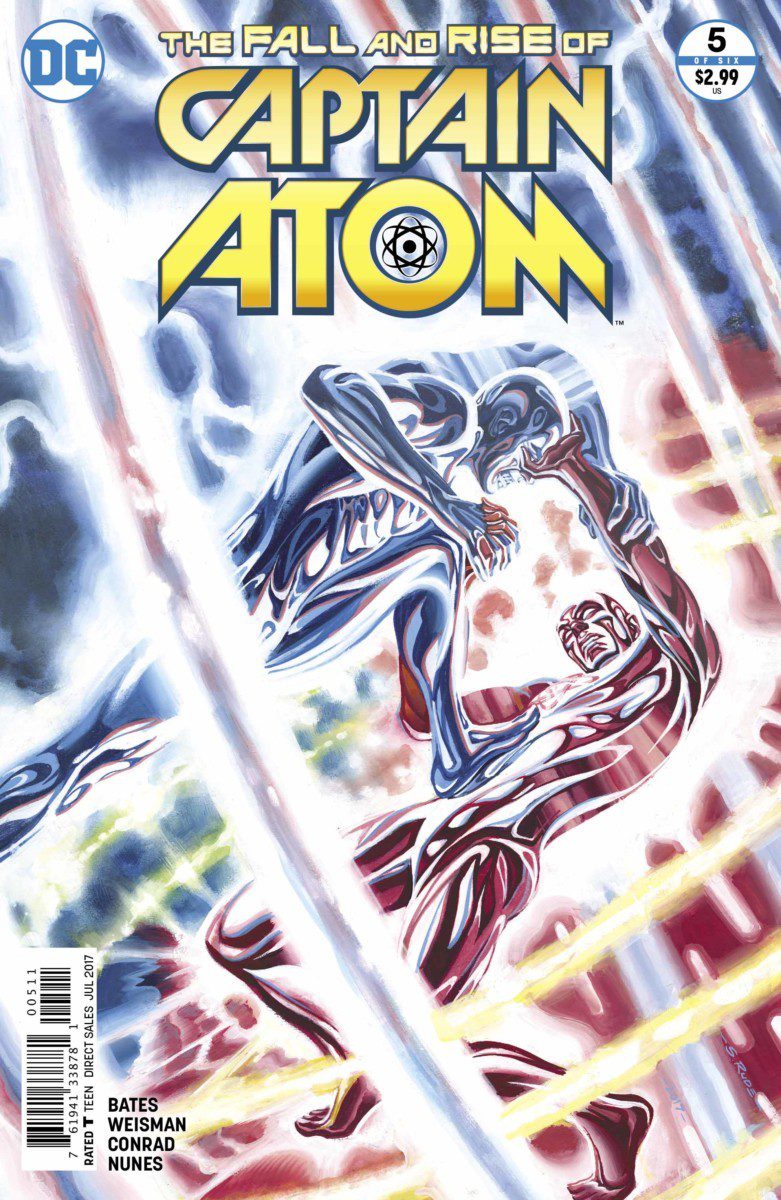 The Fall and Rise of Captain Atom #5
DC Comics

Written by: Cary Bates and Greg Weisman
Art by: Will Conrad
Letters by: Saida Temofonte
Colors by: Ivan Nunes

The penultimate issue of this limited series begins with the government doing its best to spin Captain Atom’s disastrous first encounter with newly freed killer Max Thrane. As the killer’s condition was a direct result of Atom’s quantum meltdown, the need to track down the now escaped metahuman is both more dangerous and more personal for all involved. Meanwhile, the villain, now named Ultramax is looking to settle some old scores and is starting with an old friend who he suspects gave him up to the police and got him arrested in the first place. As Captain Atom prepares to go meet his son for the first time,

Ultramax continues to murder all of his previous clients.

General Eiling and the rest of the brain trust at the Project headquarters have been piecing together all of the information about Ultramax and his connection to the victims. As the body count begins to grow, Eiling and his team and wondering why they can’t locate the missing Captain Atom. On that note, while I continue to maintain a healthy dislike for Eiling, his program, and their tactics, he is actually in the right regarding what the Captain’s priorities should be. Personal issues aside, he is responsible for creating a monster and it is his responsibility to put it down first. As Captain Atom attempts to learn about his son from their interactions, he is given some sobering news about the aftermath of his disappearance from the perspective of his son and late wife.

As Nathaniel drops his son off at home, convinced that the boy is better off not knowing the truth, he discovers a surveillance team watching the house and determines that they are working for Eiling. What Captain Atom confronts Eiling at his home, they are interrupted by Ultramax who seems to be there to see the General as well. As the killer attacks, Captain Atom is ready. He pulls Ultramax into a quantum field, which renders his abilities useless. As Captain Atom returns to the General, we see that there might be more to General Eiling’s relationship to Ultramax than meets the eye. 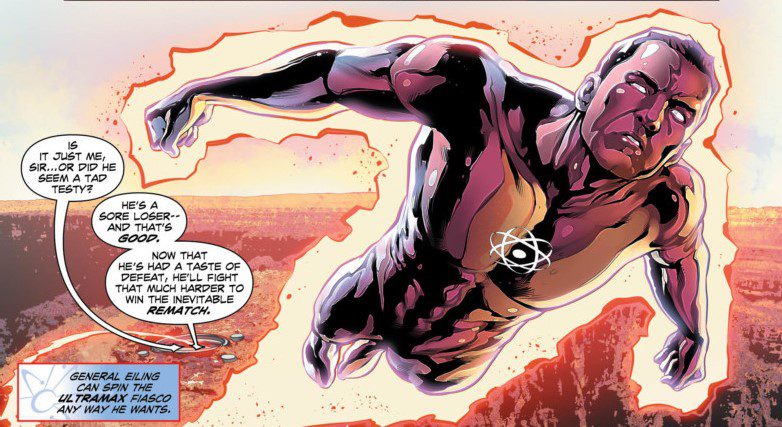 Cary Bates and Greg Weisman continue to weave this mystery very well. There is a part of me that is glad that for all the big action story beats, the story seems small and intimate. There is a real mystery to this narrative and it plays out in a way that keeps the reader on pace which is satisfying. The artwork flows well with the story and the backgrounds for the quantum world are great to look at. This story has held my attention and interest from the first issue and I can’t wait to find out how it ends.